'It's back!' Big Southwest flash sale drops round-trip fares below $80 on short routes

Articles
Ben Mutzabaugh is the senior aviation editor and heads TPG’s airline coverage. Ben joined TPG in March 2019 after nearly 19 years at USA Today, where he launched the long-running, industry-leading Today in the Sky blog in 2002.
Follow
June 23, 2020
•
11 min read 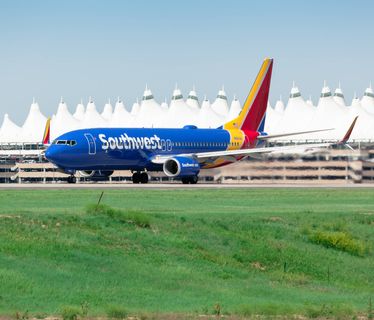 It's back! It’s a few weeks later than usual, but Southwest Airlines' big twice-a-year fare sale has returned.

The carrier rolled out a 72-hour flash sale on Tuesday with round-trip fares below $100 on dozens of its shortest nonstop routes for later summer and fall.

The sale fares begin at $39 each way, typically on Southwest's shortest nonstop routes. But longer routes are on sale too, with fares roughly pegged to distance. Prices on many longer nonstop routes were selling for $79, $99 and $119 on Southwest's website early Tuesday, though a Southwest spokesperson told TPG there were specific fare tiers.

Sale fares apply only to nonstop routes, though some connecting itineraries are showing fares similar to those offered in the sale.

To illustrate the deals from one of Southwest's big East Coast bases, fares from Baltimore/Washington (BWI) were pricing at $39 each way to "close" destinations like Boston (BOS), Buffalo (BUF), Cleveland (CLE) and Charleston, South Carolina (CHS), among others. Round trip, those itineraries could be booked for less than $80 at the sale fares. Prices from BWI ticked up on longer routes to places like Chicago Midway (MDW) and Nashville (BNA) — $79 each way; Kansas City (MCI) and Minneapolis/St. Paul (MSP) — $99 each way; and Oakland (OAK) and Phoenix — $119 each way.

Similar pricing was showing from other Southwest cities. A Sept. 10-14 itinerary between Oakland (OAK) and Los Angeles (LAX), for example, came out to $77.96 round trip.

And because Southwest's Rapid Rewards program ties points to fares, bargain hunters can use points to take advantage of the sale, too. That $39 BWI-Boston one-way fare can also be had for just 2,253 points and $5.60 in taxes and fees. Similarly, the $77.96 OAK-LAX round trip can be bought with just 4,506 points plus $11.20 in taxes and fees.

Fares on a connecting, cross-country route from BWI to Portland, Oregon (PDX), in September were going for as little as $98 one way as of Tuesday morning.

Still, fares varied by market. New Yorkers, for example, are out of luck. Southwest did not show the $39 fares for any of its flights from LaGuardia (LGA), where it flies few short routes.

Flash sale has become a staple for Southwest

The three-day fare sale had become a twice-a-year mainstay for the carrier, typically rolling out each June and October. In recent years, the June version of Southwest’s big flash sale was unveiled earlier in the month. But that did not happen this year as the coronavirus pandemic upended travel, leading some to believe the sale wouldn't be offered this June.

But it appears to have just been delayed, with Southwest announcing it Tuesday with press release declaring: “It’s back!”

The sales are notable not only because of fares being offered, but also because of how broadly they’re usually available across Southwest’s nationwide network.

They’ve also been a big hit with bargain hunters. Southwest’s sale from June 2015 created so much demand that bargain-seekers overwhelmed the airline’s website and caused it to crash. Southwest subsequently extended its sale by an additional day that year.

Southwest’s big blockbuster sales have always been a way for it to drum up publicity. But what’s even more important to the carrier is that the the sales help create incentives for travel during what are typically the slowest times of the year for air travel.

The sale that rolled out Tuesday covers travel from mid-August through Dec. 17 (blackout dates apply). In normal years, that’s when travel begins to fall off as summer vacations wind down and leisure travel levels off as kids go back to school and parents to work.

More:As travel reopens, here’s what it’s like flying in the US right now

Southwest and all other U.S. airlines have been hit with a historic drop in the demand for air travel. Fears about coronavirus coupled with stay-at-home orders in place across much of the U.S. this spring sent passenger counts to their lowest levels in nearly 70 years.

Travel has been trending up, though, suggesting more Americans are ready to take to the air after months of being cooped up at home. The Transportation Security Administration screened more than 600,000 people on Tuesday – its highest total since March 19, but still down more than 75% compared to the same day a year ago.

Still, underscoring the unusual times, Southwest said it will continue to cap sales on its flights at about 65% of capacity to ensure empty seats remain out of concerns for social distancing.

The sale, which rolled out Tuesday morning, covers domestic travel in the contiguous 48 states from Aug. 11 through Dec. 17, though there are notable blackout dates around the major holidays.

Blackout dates for mainland U.S. routes include the following dates around Thanksgiving:

More: Southwest Airlines may cancel your flight on short notice as it ‘tactically’ trims more capacity

Friday and Saturday flights are excluded from the sale, though flights on those days can be combined with sale fares on other days.

Flights between Hawaii and the U.S. mainland are not included in the fare sale.

There are different day-of-week restrictions on the sale fares on Southwest’s flights in Las Vegas, Florida and Puerto Rico. International travel also has differing fine print, including more day-of-travel restrictions. The details are spelled out on Southwest’s website.

Aside from the restrictions, there also are a few relatively customer-friendly allowances. Sale fares can be booked one way or round trip and can be combined with non-sale fares.

A quick Tuesday morning spot-check of Southwest’s site by TPG showed fairly broad availability of the published sale fares. The advertised $39 fares appear on many of Southwest’s shortest routes, though some days and months show more availability than others. (Tip: Use Southwest’s low-fare calendar to search for the lowest fares.)

More:Southwest Airlines is cutting more than 100 routes from its ‘full’ schedule this winter