Articles
Kyle Olsen is a points and miles reporter at TPG. Since the age of 16, he has been pursuing elite status, visiting 75 countries across six continents. His passion for travel began with his own business which he started at age 13. He is now an expert at maximizing points, miles, and elite status across all major programs.
Dec. 14, 2022
•
6 min read 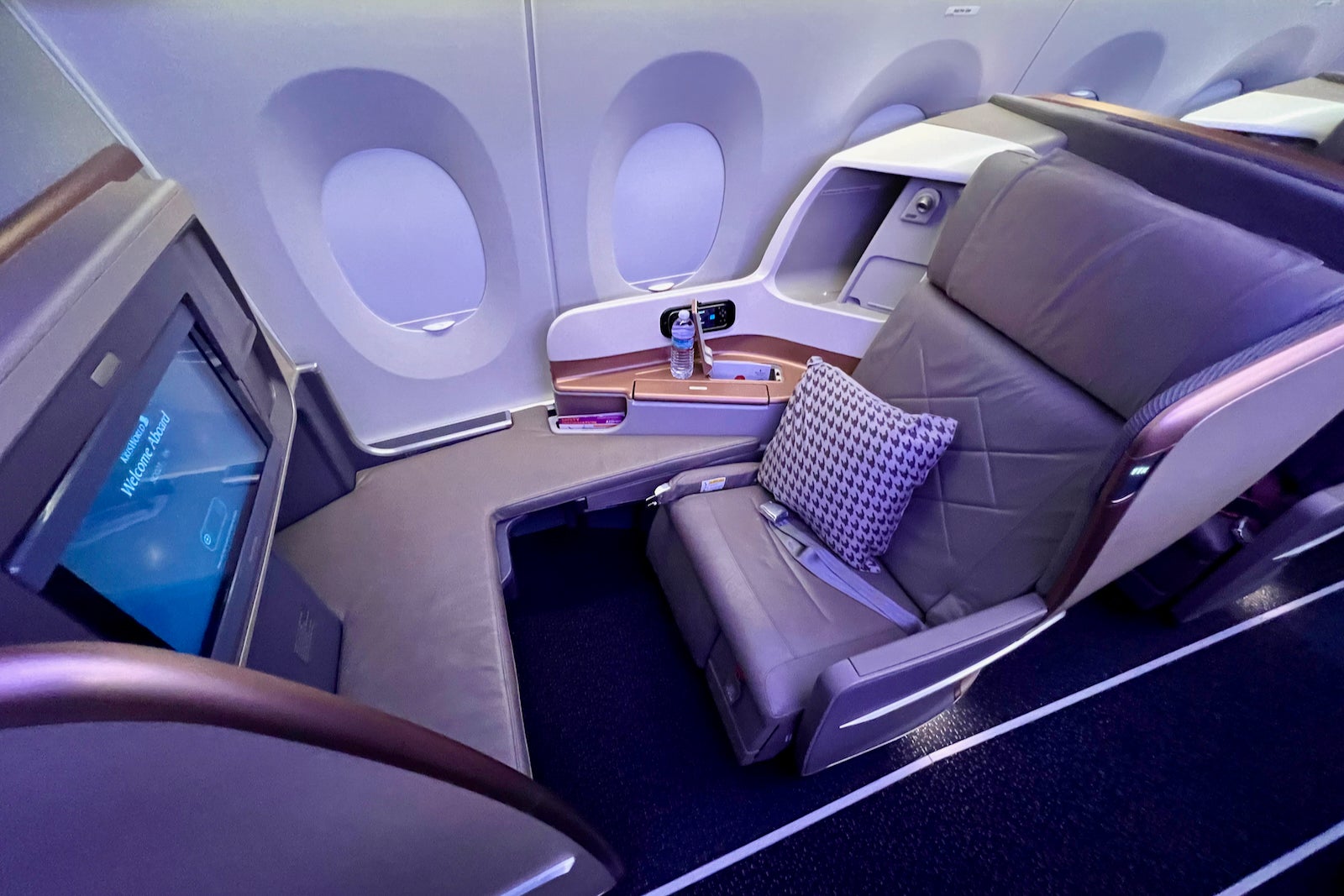 You can now redeem as little as 60,000 Aeroplan points to book an international one-way business-class flight from the U.S. on Singapore Airlines. This news comes just a week after Aeroplan added Emirates economy and business-class partner redemptions, with first class set to become available next year.

"We have indeed worked with Singapore to strengthen our partnership behind the scenes," said Scott O'Leary, Air Canada's vice president of loyalty and product, in a statement to TPG. "As a result, our members will enjoy better redemption availability on Singapore flights going forward."

Best of all, Aeroplan's award prices are a fraction of KrisFlyer's award rates. When you book with Aeroplan, these Singapore Airlines flights have taxes and fees that cost as little as 47 Canadian dollars (about $35).

Related: More flexible than ever: Why you should care about Aeroplan even if you never visit Canada

For each of these sample itineraries, I'll provide two screenshots. The first is what this award flight costs using Aeroplan, and the second is the same flight(s) priced with Singapore Airlines KrisFlyer.

Los Angeles to Tokyo in September

Los Angeles to Singapore in September

New York to Singapore in July

Related: It doesn't get much better than this: Singapore Airlines’ A380 in business class from Frankfurt to New York

Maximize your Aeroplan award ticket with a stopover

You can add an Aeroplan stopover from just 5,000 points online. This allows you to spend time in Singapore before continuing to another city that's bookable with Aeroplan. To book an Aeroplan stopover online, select "Multi-city/stopover." Then, you can enter another city as your final destination and mark your stopover city as "Singapore." You can also customize the length of your stopover.

On the next page, you'll find award space (if it's available). Here's an example of a 5,000-point stopover in Singapore before continuing to Bali's Ngurah Rai International Airport (DPS).

Unlike booking stopovers with Krisflyer, you can mix airline partners on a single itinerary with Aeroplan. For example, this means you can fly Singapore Airlines business class from JFK to FRA and continue to Abu Dhabi International Airport (AUH) with Etihad Airways after a stopover.

Related: 19 thoughts for 19 hours on the world’s longest flight from New York to Singapore

Related: 3 Aeroplan sweet spots you can use to maximize your Capital One miles

Long-haul Singapore Airlines flights in business class appeared on Air Canada's website a couple of weeks ago. However, a technical glitch prevented Aeroplan members from being able to book them when they were first made available online.

"We’re not only working to have the largest partner lineup in the world," Air Canada's O'Leary said, "but we’re also focused on how we can go deeper with existing partners to create better value for our members."

As both Air Canada and Singapore Airlines are members of Star Alliance, the two airlines have strengthened their relationship, adding more value for Aeroplan members — that's a big win.