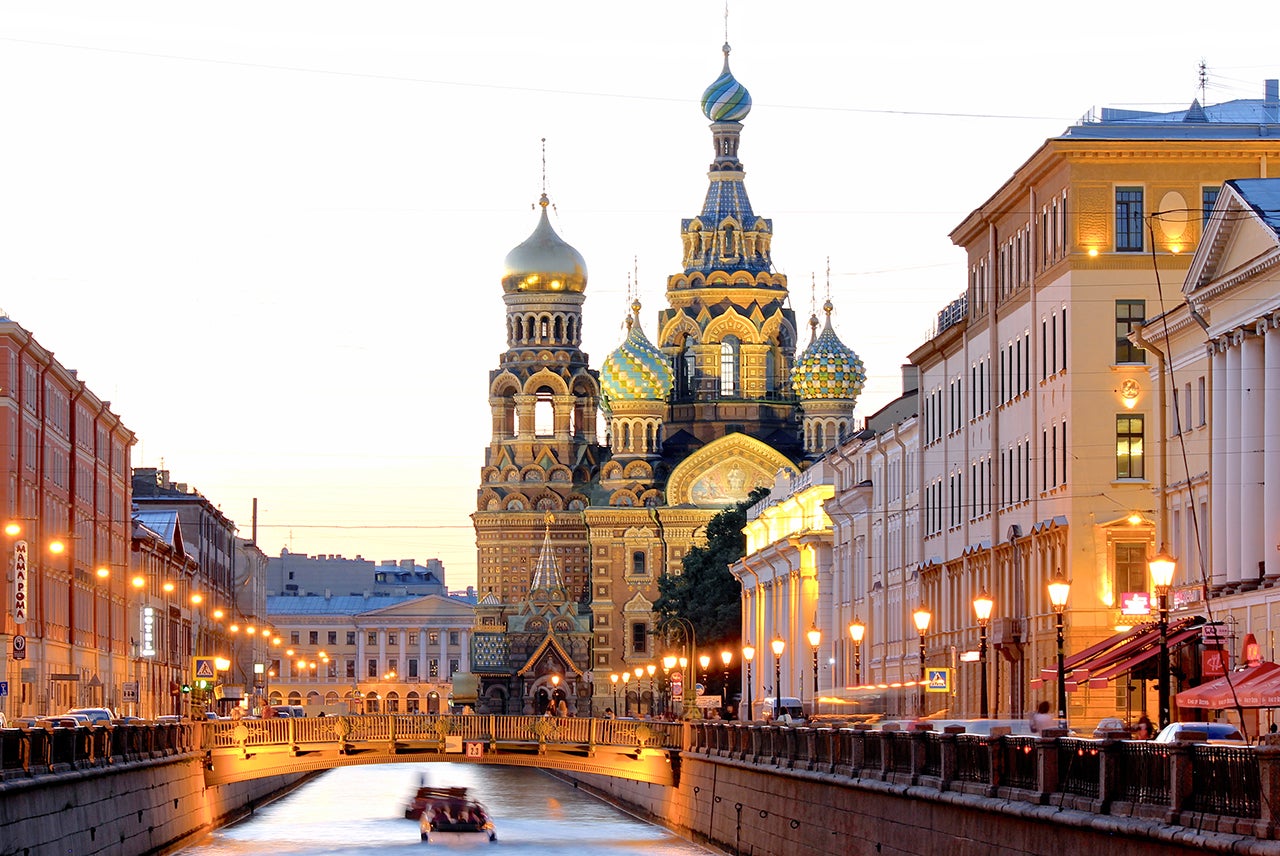 Russia Is Waiving Visa Requirements for World Cup Attendees This Summer
This post contains references to products from one or more of our advertisers. We may receive compensation when you click on links to those products. Terms apply to the offers listed on this page. For an explanation of our Advertising Policy, visit this page.

Traveling to Russia can be an extremely frustrating affair, thanks to a grueling visa application process the US Embassy and Consulate has called a “restrictive and complicated [regime].”

But this summer, Russia is waiving its visa requirements for foreigners holding tickets to a FIFA World Cup soccer match. Only 27 countries currently enjoy regular visa-free travel to Russia, and that list includes South Ossetia, Moldova and Abkhazia.

According to the embassy of the Russian Federation, foreigners can travel throughout Russia from June 4 until July 25 without a Russian visa. The only document needed for entry and exit is a personalized spectator card, known as a Fan ID. All spectators who have purchased a game ticket must apply for these laminated cards, which are issued free of charge and required for access to the stadiums (and Russia).

Even if you’re not a soccer fan (or a sports fan of any kind) you should consider snatching up one of the last-minute tickets — because it’s not just the lack of bureaucracy that makes a visa-free trip to Russia so appealing. Fan ID and ticket holders will also enjoy free public transportation in and between the host cities on match days.

Though availability is limited, tickets are still on sale through FIFA for select games, and start at $165.

A FIFA spokesperson also told The Points Guy that "tickets for some matches, which are currently unavailable, may become available again" due to tickets being resold through the association and the potential release of new ticket inventories.

To put that price tag in perspective, a single tourist visa starts at $123 — and that doesn’t include third-party service fees. Working with a company such as Allied Passport & Visa can take some of the headache out of the process, but that will add to your total.

Allied, for example, charges $70 for standard processing. There can also be ancillary fees for tourist invitations, passport photocopies and other components of the application.

Steve Gempeler, of Allied, told The Points Guy it's "fairly easy to obtain approval for a Russian visa, as long as your paperwork and requirements are perfect."

Ultimately, costs for a Russian tourist visa can easily approach $200. And an accepted application still cannot be guaranteed.

Sure, a soccer match between Panama and Tunisia might not be at the top of your travel to-do list. But this could be one of the easiest — and most cost-effective ways — to see the whimsical onion domes of St. Basil’s Cathedral in person.

Our points-obsessed staff uses a plethora of credit cards on a daily basis. If anyone on our team wouldn’t recommend it to a friend or a family member, we wouldn’t recommend it on The Points Guy either. Our opinions are our own, and have not been reviewed, approved, or endorsed by our advertising partners.
See all best card offers
Related stories
Guide
8 magical new reasons to visit Disneyland this year
News
Good news: All Qatar Airways business-class award space again showing on AA.com
Guide
27 cruise ship embarkation day do’s and don’ts
Guide
IHG food and beverage reward redemptions are coming soon: Here's a sneak peek at how they'll work