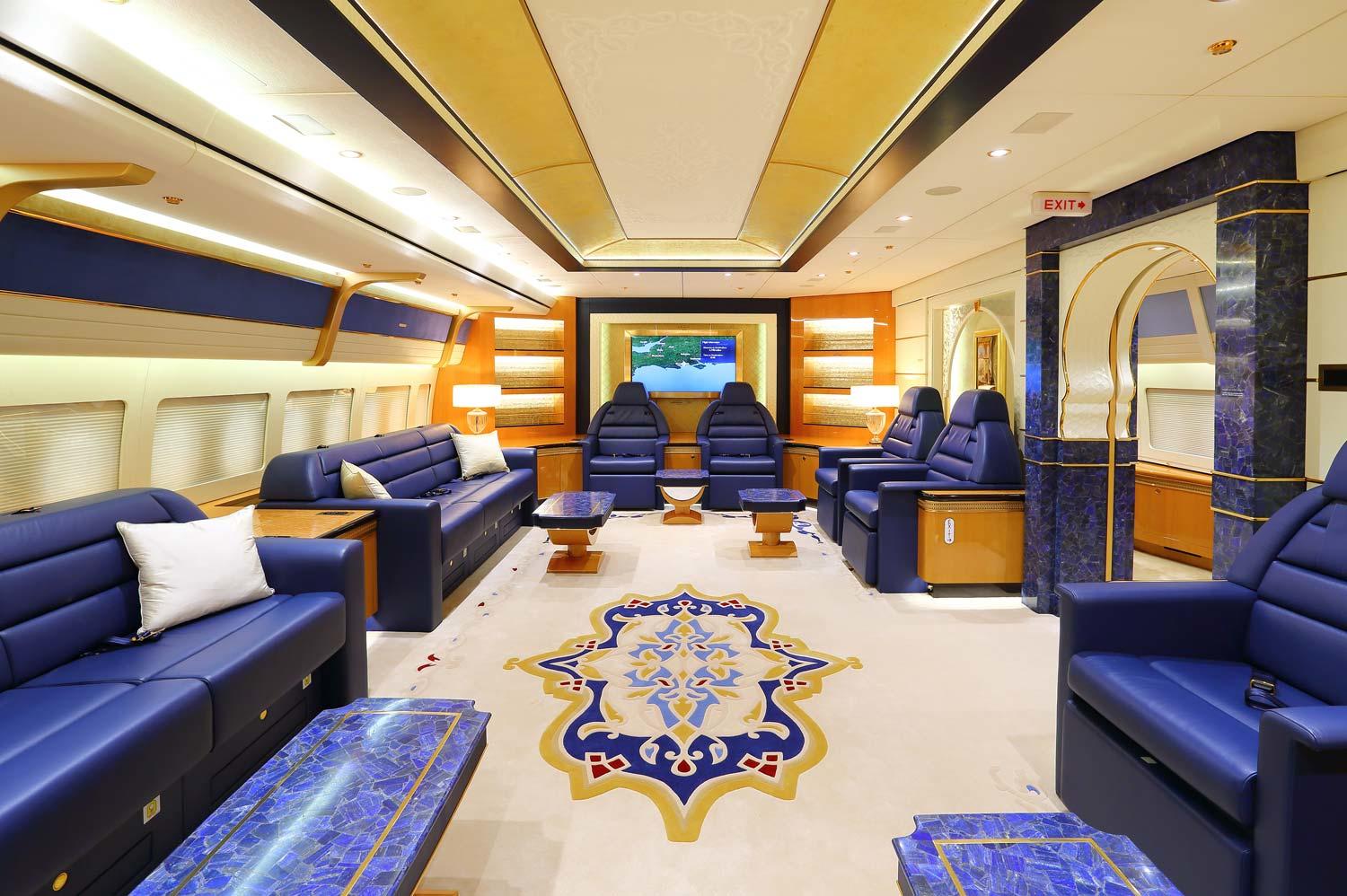 The Emir of Qatar Just Gifted Turkey His $500 Million Mega-Luxury 747
This post contains references to products from one or more of our advertisers. We may receive compensation when you click on links to those products. Terms apply to the offers listed on this page. For an explanation of our Advertising Policy, visit this page.

If you are a small nation engaged in a diplomatic row with large and powerful neighbors, you want to keep whatever friends you have as close as possible. And one way to make your friends happy is to give them expensive gifts. If you are the Emir of Qatar, ruler of one of the wealthiest states in the world, those gifts can be really expensive.

Like, say, the largest and most luxurious private jet in the sky.

After Qatar’s royal family put up one of its two 747-8 VIP planes for sale a few weeks ago, it has now decided to give it as a gift to the government of Turkey, the Stockholm Center for Freedom reports, citing Turkish media.

Turkey has been at the side of Qatar, including by sending troops, in the crisis that pits it against a group of other Gulf and Arab states led by Saudi Arabia. With few nations aligned with Qatar, Sheikh Tamim bin Hamad al Thani certainly appreciates the presence at his side of a regional power like Turkey. So he has been helping Turkish president Recep Tayyip Erdogan, who presides over an economy in grave crisis, with investments — and now also by giving him an airplane that instantly vaults Erdogan into (shared) top place for world leader with the most tricked-out ride.

The aircraft was delivered to Qatar in 2012 but didn’t enter service until 2015 because of extensive interior upgrades. It didn't have an asking price when it was on sale recently, but one can safely assume it's worth about half a billion dollars. Billion with a B.

The aircraft is certified to sit 467 passengers but only includes 76 passenger seats and 18 more for crew. The over-the-top interior looks like a luxury hotel — featuring seven bedrooms and two boardrooms.

There are multiple lounges onboard, including one on the upper deck:

Not that Erdoğan was exactly hurting for flashy transportation before the Emir handed him a 747: Turkey's dozen-strong state fleet includes an Airbus A340-500 VIP, for example, far bigger than the presidential jets of any European nation. That aircraft has an interesting history of its own — it was once owned by ousted Tunisian dictator Zine El Abidine Ben Ali and then purchased by Turkey for $78 million in 2016.

The Stockholm Center for Freedom says that the gift was given to demonstrate the Emir's “love for Erdoğan and trust for Turkey,” although it is unclear who the source was for that claim.

A deputy for Turkey's main opposition party, Gamze Taşçıer, criticized the plane as hypocritical when the Turkish government is dealing with a financial crisis of its own.

“The presidential palace calls on the people of Turkey to save on almost daily basis. But the same people who call for belt-tightening measures cannot give up on luxury and ostentation,” Taşçıer said. And while the plane itself is a gift, flying it will be on Turkish taxpayers — at a rate of about $180,000 per hour, going by the cost to the US Air Force of flying the American president's similar 747.