9 Oscar-Worthy Film Locations You Can Visit in Real Life

Articles
Jordi Lippe-McGraw is a writer covering travel, family, food and wellness for outlets like Conde Nast Traveler, Travel + Leisure, the New York Times, Forbes, and more. She has traveled to more than 30 countries on all 7 continents (including Antarctica at 5 months pregnant) and is an avid puppy, penguin, and truffle lover.
Follow
Jan. 22, 2019
•
7 min read 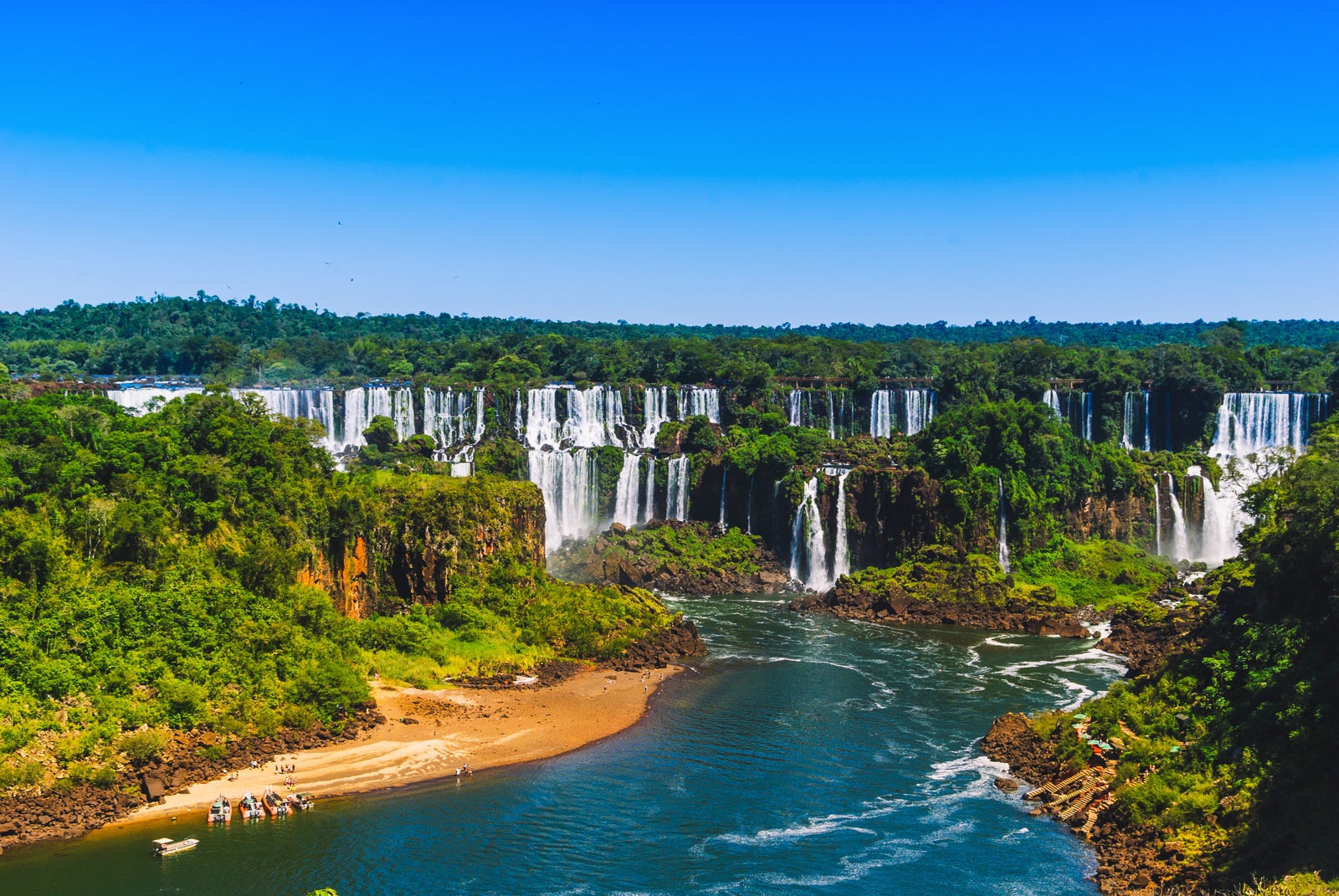 While much of the country is in the thralls of winter, Hollywood is in the midst of another season: awards season. We’ve already watched stars bring home coveted trophies at the Golden Globes and Critic's Choice Awards, but the main event is just getting started.

The Academy Awards are set to take place on Feb. 24, and on Tuesday morning, the nominees were announced. While film fans are busy speculating about this year’s winners, we're busy planning getaways inspired by this year’s nominated films. From visiting a castle in England that appeared in the historical period drama, “The Favourite,” to spending the night in a popular Los Angeles hotel from “A Star Is Born,” here are nine filming locations from seven movies you can visit while you wait to see who takes home an Oscar next month.

“If Beale Street Could Talk”

Based on the novel by the same name, “If Beale Street Could Talk” is a film set in 1970s New York City, and that’s exactly where the majority of filming was done. The part love story, part drama filmed along Malcolm X Boulevard in Harlem and Minetta Street in Greenwich Village was the set for Tish and Fonny’s romantic walk in the rain. (Fun fact: the rain was unexpected, so the umbrella was completely improvised.)

Aside from filming in Manhattan, the cast — of which Regina King is nominated for Best Supporting Actress — and crew of the film did head to the Dominican Republic for a few days. The island was a stand in for Puerto Rico where parts of the movie take place.

Even before appearing as the backdrop of this critically acclaimed film, the Mexican capital was seeing a boom in tourism. Between the incredible street food, world-class art and history, it’s easy to understand why. But, Alfonso Cuarón's autobiographical movie, “Roma,” which is up for nine Academy Awards, brings even more attention to the stunning city. Although the filming locations are relatively modest — small homes compared to main attractions — it could be a fun addition to your itinerary if you’re already planning a trip. (And February, happily, is one of the best times to visit Mexico.)

Head to 22 Tepeji Street, Colonia Roma, which is the address of the house where the movie was filmed. Just across the street, at 21 Tepeji Street, is the original house belonging to Cuarón.

You could make an entire Hollywood itinerary based on the filming locations of “A Star Is Born,” which is nominated for six Academy Awards including Best Picture. They shot at iconic locations such as Griffith Park, The Short Stop bar in Echo Park, the Regent Theater, the Greek Theater (where Jackson brings Ally on stage for the first time), the Shrine Auditorium (where they recreated the Grammy Awards) and The Virgil (where Jackson first sees Ally singing at La Vie En Rose). You can even pay a visit to Super A Foods, where the couple sits in the parking lot for a famous scene from the flick.

As far as where to stay, choose from any one of the Los Angeles hotels where they filmed, including the famous Chateau Marmont, Hollywood Roosevelt and the Millennium Biltmore Hotel.

If we’ve learned anything from “Downton Abbey,” it's that fans of period pieces love to visit the historical locations where Hollywood productions filmed. The same can be said for Best Picture (and seven other Academy Awards) nominee, “The Favourite.” Most of the movie was shot at Hatfield House in England, located about 20 miles from central London.

Visitors are welcome at the stunning estate on particular dates and can roam through the Marble Hall, Long Gallery, King James Drawing Room and gardens where numerous scenes were filmed.

Although “Green Book” is supposed to take place across the country in locations including New York City, Memphis and New Orleans, most filming of the Best Picture (and four other Academy Awards) nominee was done in Louisiana. The International House Hotel — a boutique New Orleans property — was used as the entrance to the Copacabana, while the historic Carver Theater (also in New Orleans) served as the backdrop for the interiors. The Clover Grill in the French Quarter was the location for the hot dog-eating contest scene in New York, and the pawn shop seen in the flick was filmed around the corner at Sigle's Antiques on Royal Street.

Other locales include The WP Brown House (where Mahershala Ali and Viggo Mortensen’s characters attend a private party in Pittsburgh), The Orpheum Theater, the Saenger Theatre, The Roosevelt Hotel, the New Orleans Athletic Club and the English Turn Clubhouse.

“Can You Ever Forgive Me?”

Film and literary buffs will love following Melissa McCarthy’s footsteps around New York where her character, Lee Israel, once duped the publishing industry and landed in legal trouble. The Best Actress and Best Supporting Actor-nominated movie filmed many scenes on West 81st on Manhattan’s Upper West Side, and Julius’s on West 10th Street in Greenwich Village served as the gay bar Israel frequented in both real life as well as the film.

Argosy Bookshop, on East 59th street, and Logos on 84th Street and York Avenue were both featured in the film, although rearranged quite a bit.

Although Wakanda in the Best Picture nominated film isn’t a real place, the movie did use a few real destinations across the globe as backdrops. Most shooting was done at Pinewood Studios in Atlanta, but the cast and crew did venture out to Atlanta’s Sweet Auburn district for a handful of scenes. The famous car chase scene was filmed in Busan, South Korea, and several other spots — Gwangalli Beach, Gwangan Bridge and the Jagalchi Market — are recognizable as well.

And that stunning waterfall you see in the flick? That’s a real location, too. It’s actually Iguazu Falls in Argentina and absolutely worth the long-haul flight.

Related stories
United credit card holders: Earn bonus miles with the Mile Badge Game promotion
Register now: Choose how you earn bonus points with IHG One Rewards’ new promotion
Is the Marriott Bonvoy Brilliant Amex worth the $650 annual fee?
The best ways to travel to Japan with points and miles
Featured image by The Iguazu Falls in Argentina. (Photo via Shutterstock)