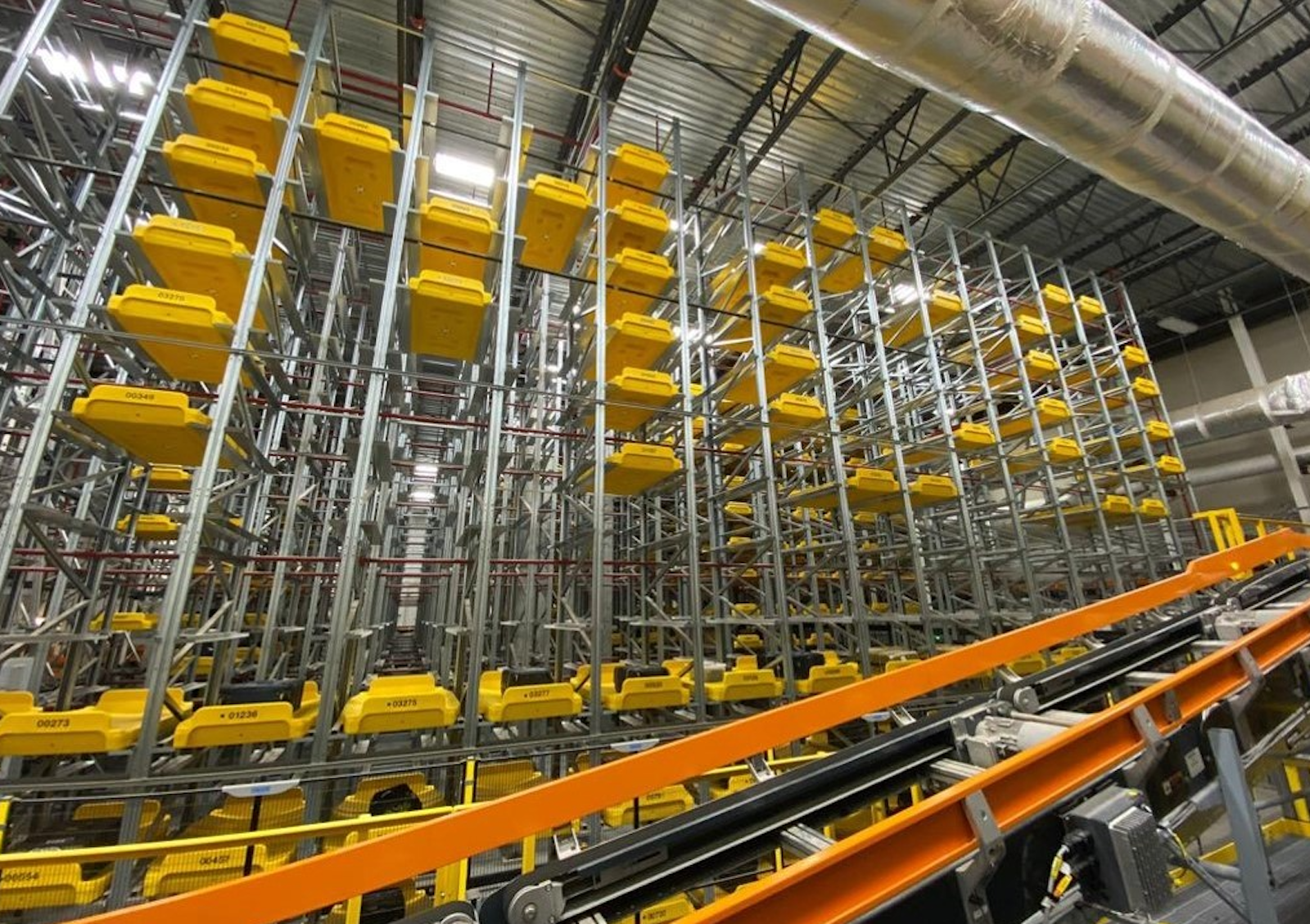 There are a number of reasons travelers can look forward to the opening of a new terminal later this year at Orlando International Airport (MCO). Terminal C is expected to relieve congestion when it opens at one of the nation’s busiest airports. It will also bring new dining options and an overall improved experience.

Airport officials say there’s one other reason to look forward to the opening in September: the terminal's baggage system.

Unlike nearly every other luggage system in the U.S., the new terminal will use a system that operates using radio frequency identification (RFID) where bags are dropped into containers and ferried to and from airline ground staff.

It’s a big change from the system currently used in Orlando’s existing North Terminal (which houses Terminals A and B), where bags are placed directly on conveyor belts.

The hope is that this new system will reduce cases of lost bags and speed things up over time.

“The bottom line is, it contributes to a lot more reliability and efficiency,” Orlando’s assistant director of operations, Scott Goodwin, told TPG.

Once a bag is checked into the system, it is dropped into a yellow container that's equipped with a location-tracking chip. From there, it will either be moved to a temporary storage facility or carried between the ticketing area and plane or to the baggage claim area for arrivals.

With standard conveyor belt setups, workers can determine a bag’s relative location based on when a bag tag was scanned at a particular spot. If a bag got scanned at point A three minutes ago, staff might be able to predict it’s somewhere between point B and point C. (That is, if a zipper or handle didn’t get snagged on something.)

But in the new chip-based system, it’s easy to track where the bins carrying bags are at all times. Airport officials expect the use of bins will also help eliminate jams caused by bags snagging on conveyor belts.

“With this accuracy and tracking, we can get bags where they need to go quickly and more accurately than a traditional baggage system,” Goodwin said.

The new system also has an automated luggage storage system using nine automated cranes. This should be particularly helpful when passengers arrive hours early for a flight; something that happens frequently in Orlando, given the large number of travelers who might come to the airport early after checking out of a resort.

The new terminal’s baggage system in Orlando should help workers get a better sense of where a particular piece of luggage is. Airport leaders say the way it’s built, it could also help cut down on customer wait times for baggage — a complaint Goodwin says the airport hears frequently from passengers.

When an airline ground staff member unloads a bag from a plane in Terminal C, they’ll already be far closer to the point where they drop a bag on the conveyor belt compared with the drive time from the plane to the drop-off point in the existing terminal.

“Instead of driving it all the way up to the baggage claim, they’re going to drive it from the plane no greater than three to four gates,” Goodwin explained.

Once the bag is received by the terminal’s baggage system, it’s just a five-minute ride for it to reach baggage claim.

Ultimately, just how fast the bag actually gets to a passenger after a plane lands will likely still depend heavily on how well staffed an airline is, since each airline is primarily responsible for the human portion of baggage handling. Still, the new system is expected to at least reduce the dependency on airline workers and make things easier for ground staff.

It will likewise take collaboration between the airport and airlines in Terminal C to make real-time bag tracking available for passengers on their smartphones.

Still, though, it’s clear there’s a lot of promise over the long term. “We are truly building for the future,” Goodwin said. “We’ll have to see how each carrier and customer can take advantage of it.”

One of many upgrades coming with the new terminal

The new luggage system is just one of many improvements customers will see when Terminal C opens.

With JetBlue and international flights expected to be the primary users of the new terminal, you may not always find yourself walking its new concourses on your next domestic flight to Orlando.

That’s not to say you won’t feel the effect, though.

A key goal of the new terminal’s opening is reducing the strain on Terminals A and B — and that’s certainly the case when it comes to luggage.

Goodwin estimates the airport will add 15-20% additional baggage capacity overnight upon opening Terminal C — which will make for a much lighter load on the existing luggage system.

Come September, the hope is that Orlando travelers — regardless of the terminal they're using — will have an improved experience.

Featured image by (Photo courtesy of Orlando International Airport)
Editorial disclaimer: Opinions expressed here are the author’s alone, not those of any bank, credit card issuer, airline or hotel chain, and have not been reviewed, approved or otherwise endorsed by any of these entities.