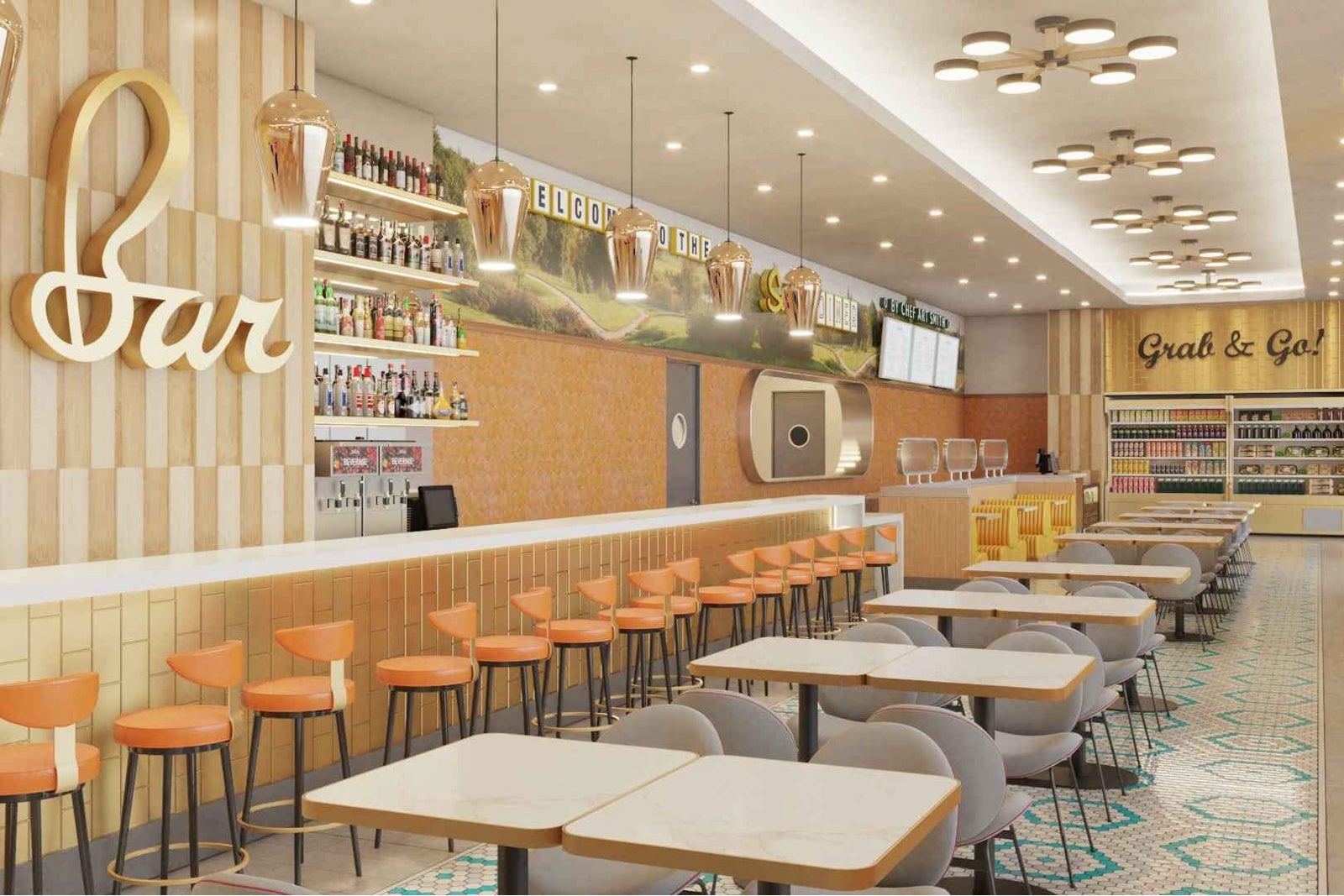 Orlando International Airport’s (MCO) Terminal A and B dining options are so abysmal, it’s a joke amongst the locals. Privately, we’re dying of embarrassment.

In 2021, MCO was the seventh busiest airport in the world according to Airport Council International’s list of most-traveled airports, with more than 40 million air passengers passing through last year. The best we can do is: On the Border Cantina and Nathan’s Hot Dogs?

Fortunately, that’s about to change when the new Terminal C opens on Sept. 19.

Terminal C won’t just be one of the most eco-friendly and technologically advanced airport wings in the country, it’ll also showcase some of Orlando’s most popular chefs, restaurateurs and culinary artisans in five full- and quick-service concepts.

Florida native Art Smith, who worked as Oprah Winfrey’s personal chef, is opening his sixth concept inside Terminal C, and it’ll be a 24-hour Southern comfort food paradise. Smith already has a successful restaurant at Disney Springs called Homecomin’ Kitchen which features a menu built around the dishes his mother and aunts made during his childhood years in the Florida Panhandle.

Related: How to Get Disney Benefits at Bargain Prices at Disney Springs Hotels

“People associate my name with comfort and [at Sunshine Diner] we'll have lots of comforting foods that are perfect for when you’re traveling and away from home," Smith said. "Things like biscuits and gravy, omelets, amazing pies and more.”

Smith said he saw an opportunity at MCO when the Greater Orlando Aviation Authority approached him about opening a restaurant in the new terminal. “I recently flew out of Orlando, and half of my fellow passengers were lined up at Burger King," he said. "We can do better."

James and Julie Petrakis have already made their mark on MCO’s Terminal B with the opening of Cask & Larder in 2016. Their other restaurant concepts, The Polite Pig at Disney Springs and original gastropub The Ravenous Pig in Central Florida, are decorated and beloved culinary institutions in their respective areas.

Their Terminal C concept, Provisions by Cask & Larder, will be a grab-and-go market with a few made-to-order items, an area with gourmet gifts to take back home, and an adjoining C&L Public House with modern Southern cuisine and a bar. The bar will feature seasonal cocktails as well as the Ravenous Pig Brewing Company’s award-winning beer.

The husband-and-wife team of restaurateurs are also James Beard Award nominees. They have built a name around scratch kitchens showcasing Florida’s bounty of seafood, produce and top-quality meats. Plus, they work with local growers and culinary artisans.

“Since opening our first [Cask & Larder] location in 2016, we’ve seen travelers from all over the world embrace our love of great food and drink, plus a healthy dose of southern hospitality,” Julie Petrakis said.

Not much is known about this addition to Terminal C’s dining lineup, but Olde Hearth Bread Co. is Orlando’s original artisan bakery. The restaurant serves natural, fresh-baked breads and rustic breakfast pastries; it also helps fill the bread baskets of Orlando’s best restaurants. Recently, the team at Olde Hearth closed their local spot at East End Market, a local food hall, to focus on the Terminal C project and their wholesale clients.

At the new quick-service restaurant, travelers can expect a selection of sandwiches and other snacks, as well as pastries and coffee for breakfast service.

George Miliotes is one of only 269 Master Sommeliers in the world, and he’s also an Orlando native. His Disney Springs restaurant, Wine Bar George — the only wine bar in Florida led by a Master Sommelier — will open an outpost in Terminal C. This means you’ll get to taste some of the world’s best wines before you take off.

The restaurant will be located on Level 2, Palm Court, of the new south-side terminal. With just over 1,000 square feet to play with, Wine Bar George will have room for diners to sit at a bar or at a table; there, they can enjoy a glass of wine paired with cheese and charcuterie, or one of the small plates. We hope the menu includes the fried mac ‘n cheese croquettes that sell like gangbusters at the Disney Springs location.

The city is crawling with craft breweries now, but back in 2004, Orlando Brewing was the only one. Now, with more than 30 original beers in the tap room, this Orlando staple will open a bar and small-plates restaurant in Terminal C.

Related: No more $27 beer; Authorities crack down on out-of-control prices at NYC airports

Details are scarce, but it’s likely travelers can enjoy one of Orlando Brewing’s “darn good beers” on tap, including original favorites like the I-4 IPA, Orlando Weiss, O-Town Brown Ale, and the easy-drinking Chocolate Mint Girl Stout brewed with cacao nibs and dried peppermint.

Featured image by (Photo courtesy of MCO)
Editorial disclaimer: Opinions expressed here are the author’s alone, not those of any bank, credit card issuer, airline or hotel chain, and have not been reviewed, approved or otherwise endorsed by any of these entities.