New restaurants and other improvements for Oakland International Airport

Articles
Bill Fink is a senior writer for The Points Guy covering travel news, trends, and cool adventures. His award-winning stories have been featured in AARP, BBC Travel, Frommer's, Lonely Planet, National Geographic, Outside, Yahoo Travel and many others.
Follow
June 20, 2022
•
7 min read 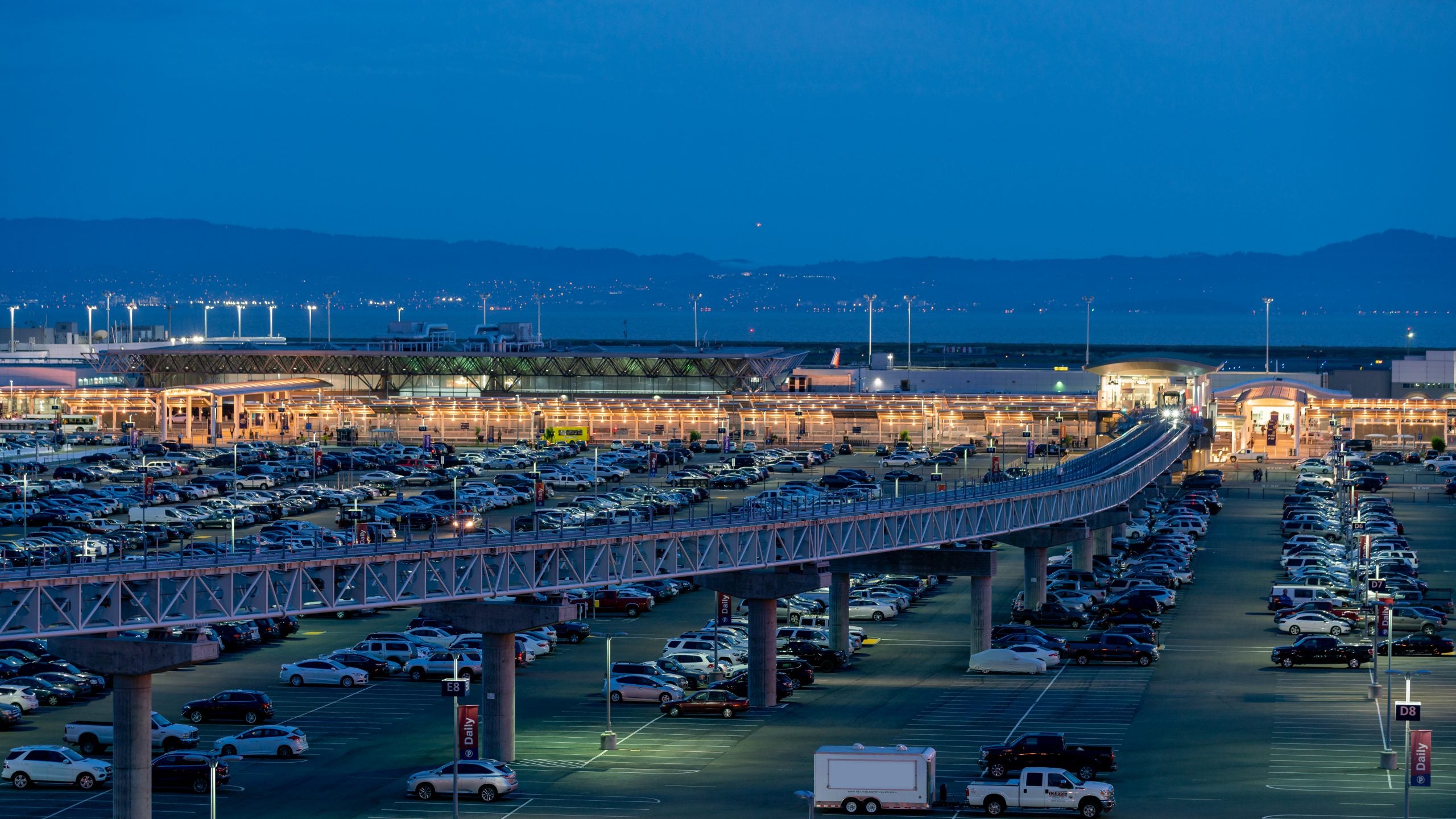 Oakland International Airport (OAK) is often overshadowed by San Francisco's SFO, its big brother across the bay. The airport's more than 13 million annual passengers (as of 2019) pale in comparison to the 58 million travelers who pass through SFO in a single year (as well as being below San Jose's 16-million-passenger annual volume).

However, Oakland's easy accessibility, very manageable airport layout and an increasing number of amenities and flight options may make travelers reconsider their airport of choice when coming to the San Francisco Bay Area.

To find out about new additions and future plans for Oakland Airport, TPG sat down with Bryant Francis, the Port of Oakland's Director of Aviation who manages overall operations, strategy and planning for the airport. He shared the latest news and his thoughts about the future of OAK.

For more TPG news, deals and tips delivered each morning to your inbox, subscribe to our daily newsletter.

The most obvious airport news to anyone traveling through OAK's terminals is the ongoing construction of many new food and beverage outlets, with several spots recently opening.

The Oaklandish Coffee Collective is one of the new offerings that fits into the airport's philosophy of connecting with the local community.

"We require all the shops here to have an area brick and mortar outlet," said Francis. Oaklandish is a local clothing line company that has partnered with numerous of East Bay coffee roasters to create a fashion and coffee-themed taste of Oakland in a space formerly occupied by a Starbucks.

The Oakland Draft House is scheduled to open in Terminal 2 in late July, providing travelers with local microbrews and some great views over the bay, as well as some nice plane-spotting opportunities. Tay Ho Oakland will be the airport's outpost for a popular local Vietnamese restaurant serving up spring rolls, dumplings, pho soups and banh mi sandwiches.

"The airport staff is actually really excited about Tay Ho for our lunches," said Kaley Skantz, senior marketing representative for the Oakland Airport. The airport currently also is beginning the process to contract out a reintroduction of its 5,500-square-foot food court.

The airport's single lounge, the Escape Lounge in Terminal One, was not overly crowded during a Friday airport visit, and according to Francis has been managing guest flow well. There are no current plans to add any more lounges to the airport, though the airport also has sets of Escape Work Pods (formerly known as Jabbrrbox) for those seeking some quiet workspace.

The airport has also made ongoing improvements in basic amenities like flooring, carpeting and seating, and is even implementing a three-year complete overhaul plan for its bathrooms. Electric buses are being added, new flight display monitors will be in place and other cosmetic improvements are on the way.

Oakland is looking farther to the future with an ambitious five-year plan for a "Terminal Modernization and Development Project." It will include the construction of a new terminal, consolidation of other passenger facilities, reconfiguration and relocation of cargo flight areas, and improvements to road and parking areas.

While the plan is just in its early phase of environmental reviews, Francis thinks the plan could be a game-changer.

"We're one of the few airports with an opportunity to really expand our existing terminal footprint," he said, adding that the expansion could greatly increase the airport's passenger and aircraft traffic, and do so efficiently. Don't expect any major changes until "mid-decade," though, due to the long planning and approval process.

Related: 5 Things to know about LAX according to the airport CEO

So much Southwest...and more coming soon?

Although recent years have seen some airlines ceasing or limiting operations from Oakland International Airport, Francis is still happy about the present situation and optimistic about some potential upcoming additions.

"Of course, Southwest has long been a great partner of ours," he said. With more than 120 daily departures, Southwest has "doubled down" with their partnership, according to Francis, essentially making OAK operate like a West Coast hub while adding a new baggage sorting and security facility beneath the terminal with new equipment.

Walking through Oakland's Terminal 2 on any given day gives the appearance of the airport serving as Southwest's direct bridge to Hawaii, with gate after gate announcing another Hawaiian flight boarding.

In addition to limited flights from Alaska and Delta, Oakland Airport offers flights from low-cost providers Allegiant, Contour, Frontier and Spirit Airlines. Volaris connects Oakland directly with four cities in Mexico, while Portugal's Azores Airlines provides seasonal routes from Oakland to the Azores after relaunched service from the airport this year after a two-year COVID-induced hiatus.

More airlines may be on the way, according to Francis.

"There's always some efforts going on behind the scenes," he told TPG. "We have a couple [of] carriers that may be added, we're hoping in the balance of this calendar year." The airport, he shared, has existing available gate capacity, so airlines can quickly launch flights once deals are made.

Many passengers (like this article's Oakland-based author) feel that Oakland's smaller number of flights compared to SFO make it a much more convenient airport to use as a travel base. With just two terminals and 32 gates spread in a "U" shape, you're not going to get lost at Oakland airport, and won't have to spend a half-hour from your car's dropoff point to reach any of these gates. Airport parking is literally across the street from the terminal ($38 per day) with $18 economy lots nearby. OAK will be launching a new parking reservation and payment app this summer to make it even easier. Public transit via BART connecting to an airport-specific tramline can bring you right to the terminal

Related: What is Southwest Airlines elite status worth in 2022

While Oakland International Airport still lags behind San Francisco's SFO and San Jose's SJC in terms of flight options and passenger capacity, particularly for international travel, OAK's manageable size and convenience factor still make it a great option for getting to and from the Bay Area -- if your destination is on the route list.

Southwest Airlines' frequent fliers are undoubtedly already fans of the airport. Also, with summer airline prices being so high overall, OAK's assortment of discount carrier options make it an attractive for bargain travel hunters. TPG will be keeping an eye on potential upcoming OAK airport announcements about new airlines and routes, and will certainly stop by to sample the new Oakland Draft House there.

Featured image by Oakland airport
Editorial disclaimer: Opinions expressed here are the author’s alone, not those of any bank, credit card issuer, airline or hotel chain, and have not been reviewed, approved or otherwise endorsed by any of these entities.