Articles
Jordan Allen has produced content for TPG on everything from travel trends to flight deals.
Follow
June 27, 2019
•
3 min read 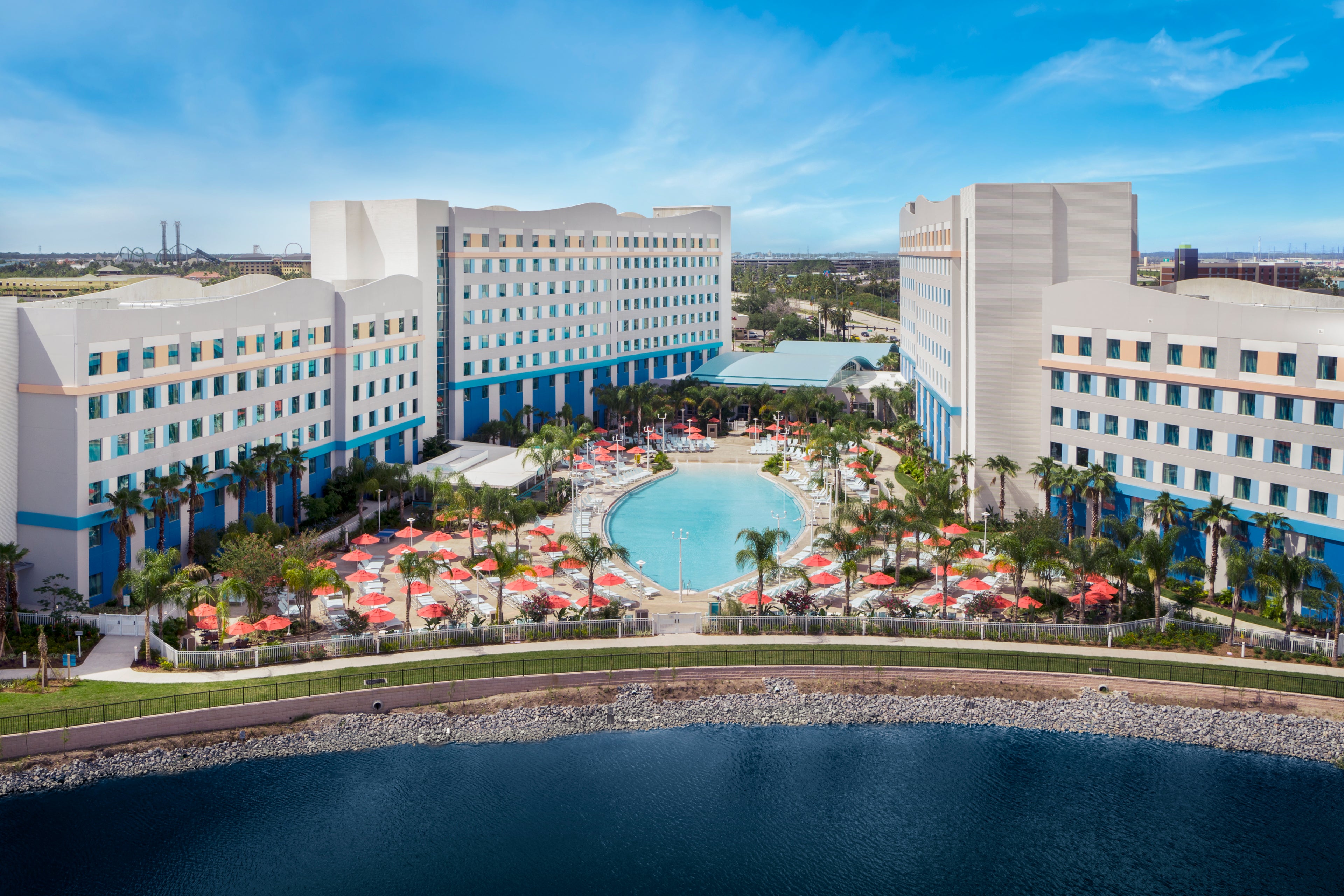 Universal Orlando Opened Its First Value Hotel Today — Many Nights Under $100
This post contains references to products from one or more of our advertisers. We may receive compensation when you click on links to those products. Terms apply to the offers listed on this page. For an explanation of our Advertising Policy, visit this page.

Related: How to Use Points to Save Money at Universal Orlando

Currently, the beach themed resort tower, The Surfside Inn and Suites, is offering guests the option of a dual queen bedroom or a two-bedroom suite for an average price of about $130 (or $85 a night during slower seasons) per room. Families should love that more than half of the rooms at the resort are two-bedroom suites, which is an exceedingly unusual ratio, even for family-centric resorts. (Here's a review of the family suite at the Universal Aventura Hotel.)

As Universal Orlando's first official "Value Resort", the resort was clearly made with value in mind, so food and drink options are generally priced at about $10 or below. Despite the lower price tag than most Universal resorts, guests are still all granted access to Universal Orlando park benefits such as early admission, complimentary resort-wide transportation and the ability to charge items to their rooms. (So, be sure to pay your hotel bill with a card that earns a bonus on travel to rack up bonus points on all things Universal!)

Speaking of, while we don't see this brand new hotel on the Chase Travel booking site yet, unlike at Disney, most Universal Orlando resort hotels are eventually bookable with points earned from the Chase Sapphire Preferred Card or Chase Sapphire Reserve.

The addition of a large resort on the property is, according to Fool.com, a means of "closing the gap" a bit in theme-park resort availability between Universal and their main competitor, Disney World. Right now, there are over 36,000 rooms available at Disney World's on-site resorts. By the end of 2020, Universal expects to have 9,000 total rooms across all its resorts such as the Universal Aventura Resort, Loews Royal Pacific and more.

Universal has quite a few projects ahead of them to catch up to its mouse-centric neighbor, but with the recent opening of the (perhaps too) popular Hagrid-themed Harry Potter ride, filling up the newly added hotel rooms likely won't be an issue. This is especially true if the rumored third true Universal Orlando theme park comes to fruition.

Stay tuned to TPG for a first-hand look of the new resort in the coming weeks.

Featured image by James Kilby
Editorial disclaimer: Opinions expressed here are the author’s alone, not those of any bank, credit card issuer, airline or hotel chain, and have not been reviewed, approved or otherwise endorsed by any of these entities.