This New Starbucks Is a 23,000-Square-Foot Coffee Shrine With a Full Bar

Articles
Jordan Allen has produced content for TPG on everything from travel trends to flight deals.
Follow
Dec. 13, 2018
•
4 min read 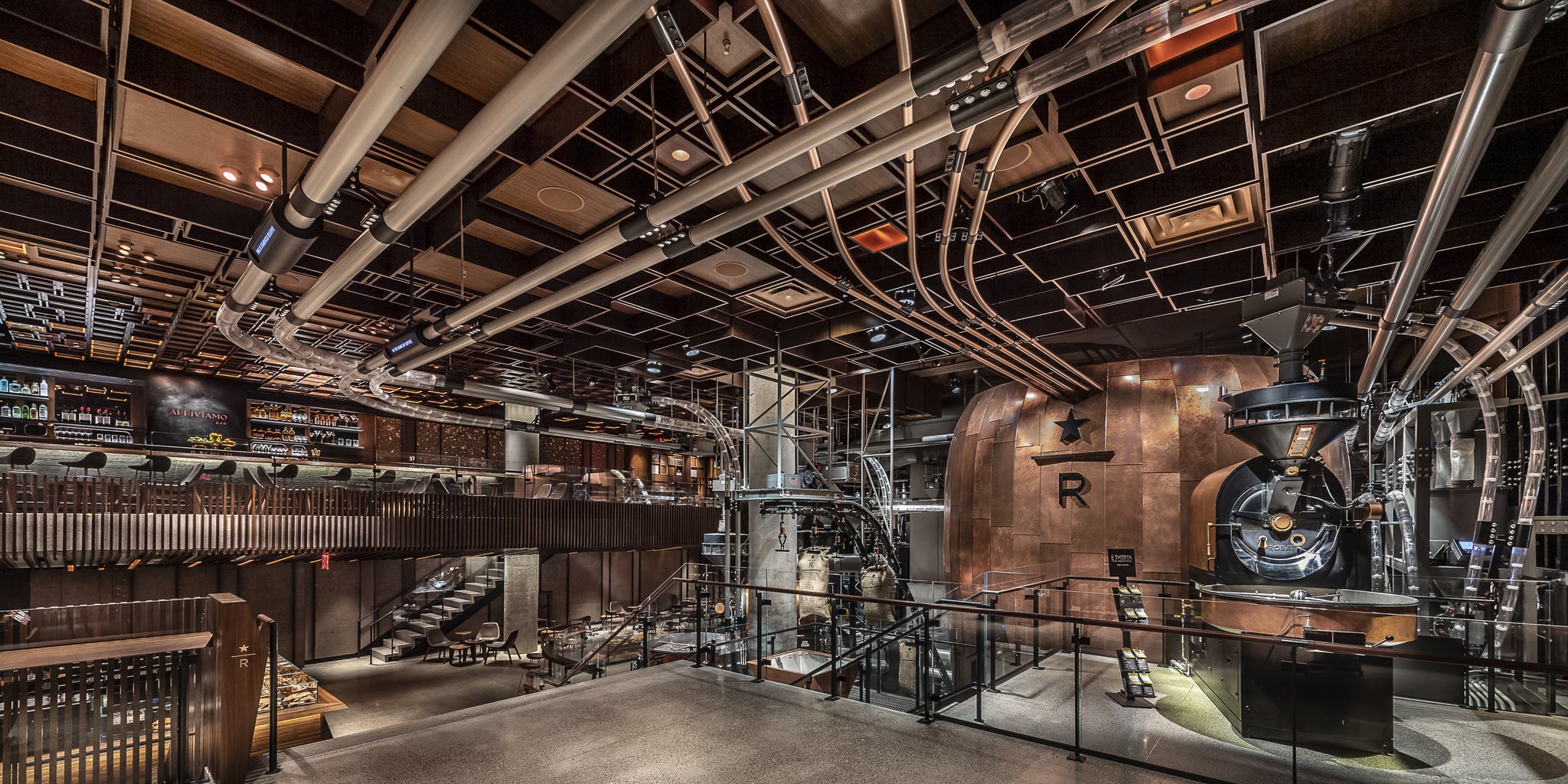 This New Starbucks Is a 23,000-Square-Foot Coffee Shrine With a Full Bar
This post contains references to products from one or more of our advertisers. We may receive compensation when you click on links to those products. Terms apply to the offers listed on this page. For an explanation of our Advertising Policy, visit this page.

New Yorkers, rejoice! There's a new place to get your caffeine fix. But this is not your typical grab-and-go Starbucks.

On Friday, the ubiquitous coffee company will open its fourth mega roastery, this time in New York City's Meatpacking District. Rather than a small corner café, this Starbucks sprawls across 23,000-square-feet on 9th Avenue and offers an array of high-end coffee experiences.

According to Jake Nankin, TPG's senior associate of business development, it's basically "an Eataly for coffee."

Nankin, who was able to preview the roastery in advance of its opening, described it as a mix of a coffee bar and a retail shop. Yes, you can drop by for standard latte. But you can also shop for baked-on-site breads and pastries, coffee brewing accessories and a bag of beans from the so-called scoop bar, where 14 coffees are available on rotation.

At the Starbucks Reserve Roastery New York — one of only four in the world, including Seattle, Shanghai and Milan — customers can watch beans being roasted on-site, and order from an extended menu featuring exclusive brews and craft beverages.

There are flights of Starbucks Reserve coffees, cold brews on tap and exclusive, extremely fussy drinks. (Order an espresso sipping ganache, found only at the roastery in New York. It's fresh-pulled espresso and cream poured over dark, milk or white chocolate, and finished with citrus zest and whipped cream. Seriously.)

Patrons can even elbow up to the Arriviamo Bar for coffee-centric cocktails. Helmed by award-winning mixologist Julia Momose, guests can order proper cocktails. With liquor.

The menu features classic beverages like a gin martini and an Aperol Spritz. But if you're going to get a cocktail at a Starbucks, you may as well surrender to the theme.

In reality, the roastery likely appeals more to tourists than to locals. After all, what New Yorker has time to wait for a coffee cocktail after being delayed by the F Train running on the A track?

"It's definitely not a place you would stop by on your way to work for a quick cup, but it's a cool place to walk around and try new types of coffee," Nankin said.

Though New York's Starbucks Reserve Roastery is massive, patrons may still have to deal with thick crowds. Nankin visited the Seattle roastery in August, and described it as "packed" with casual Starbucks fans and serious coffee enthusiasts alike. He expects the New York outpost will be similarly crowded.

But there's good news for Starbucks regulars chasing elite Gold Status: it's much easier to pass the 300 star threshold with the prices on reserve and specialty items (the coffee company rewards two points per dollar spent). A flight of Reserve brews, for example, typically costs $15. And a single Shakerato — espresso shaken with ice and demerara syrup — costs $5.

Can't get to New York, Seattle, Shanghai or Milan for your Starbucks fix? Serious fans of the iconic Starbucks Siren can also look out for Starbucks Reserve Roastery openings in Tokyo and Chicago, both expected to debut in 2019.

All images by Matthew Glac Photography/Starbucks.