Exciting New Airline Routes for March 2019 and Beyond

Articles
Kaeli Conforti is a digital nomad and has been backpacking solo around Southeast Asia, Australia and New Zealand since January 2018. She loves inspiring others to travel the world and create their own adventures.
Follow
March 31, 2019
•
19 min read 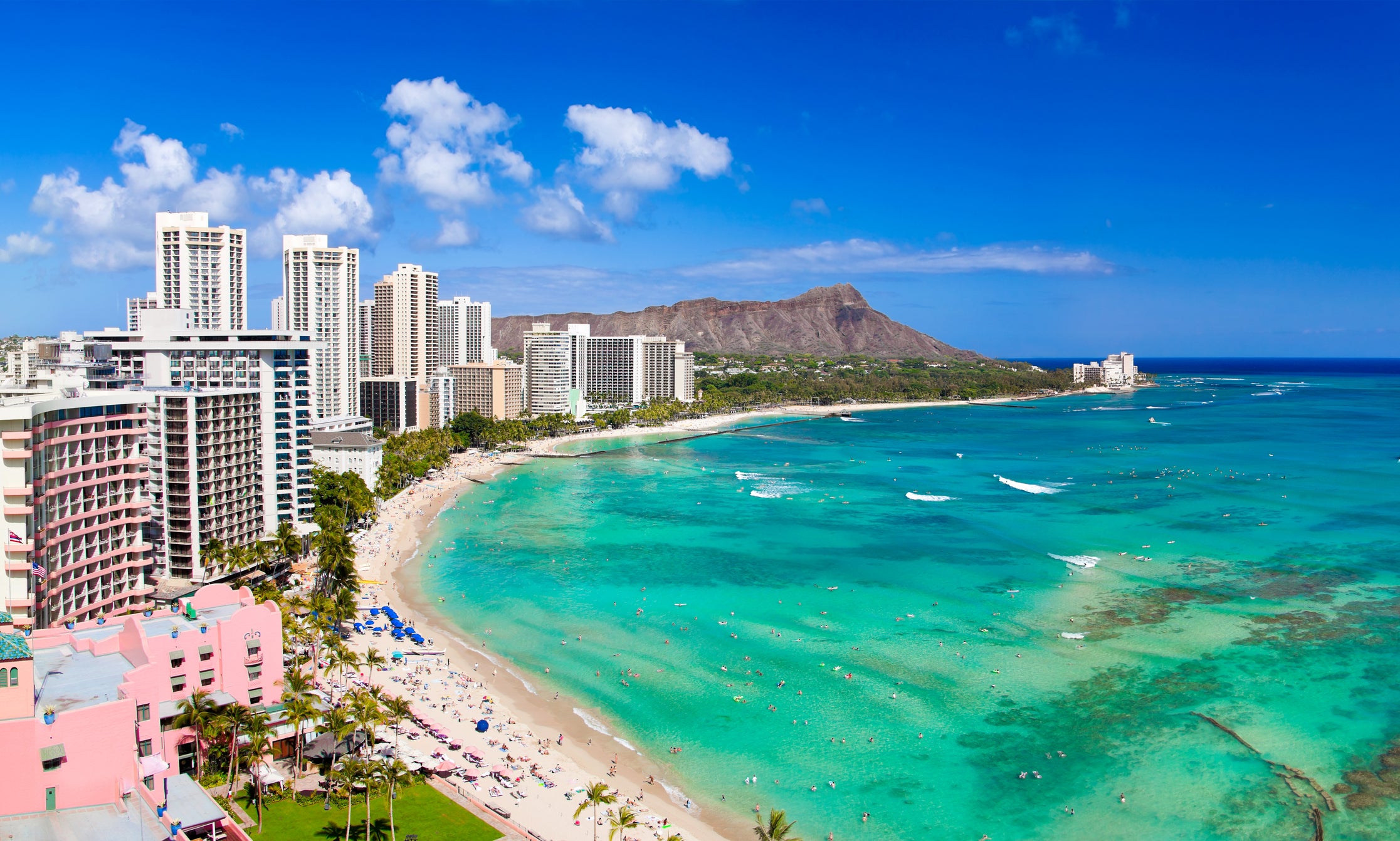 Exciting New Airline Routes for March 2019 and Beyond
This post contains references to products from one or more of our advertisers. We may receive compensation when you click on links to those products. Terms apply to the offers listed on this page. For an explanation of our Advertising Policy, visit this page.

Details — At long last, after more than 16 agonizing months since the first announcement of the new route on Twitter, Southwest finally began flying from Oakland (OAK) to Honolulu (HNL) on March 17, marking the occasion with an epic sale featuring $49 one-way tickets — other airlines later followed suit, making the day even sweeter for those planning trips to the islands. The route started out with service once a day by the carrier's 737-800 aircraft — TPG staff were aboard the inaugural flight — but now runs twice per day as of March 24. Even better, Southwest will continue to launch new Hawaii flights throughout April and May. Dates and details are listed below.

Details — If this month is any indication, it's going to be a busy year for Charlotte Douglas International Airport (CLT), which, as of March 30, is home to new flights to Munich (MUC) aboard the carrier's A330-200 aircraft. American Airlines will also launch domestic flights from CLT to Erie, Pennsylvania (ERI) in May, as well as to Santo Domingo, Dominican Republic (SDQ) and Traverse City, Michigan (TVC) in June, while service on seven other domestic routes is set to increase later this year.

Details — JetBlue added daily nonstop service to its sixth South American city this month with its latest route from Fort Lauderdale (FLL) to Guayaquil, Ecuador (GYE). While being a delightful city in its own right, it's also known for being the gateway to the Galápagos, so if seeing the unique wildlife of this popular South American destination is on your travel bucket list, you'll now be able to fly nearby in style aboard JetBlue's signature A320s.

Details — Seasonal service between Denver (DEN) and Grand Cayman (GCM) officially launched March 2, with flights taking place twice a week on Wednesday and Saturday now through mid-August. While the carrier was originally supposed to use the 737 MAX 8 on the route, the aircraft have been replaced by 737-300s or at times, 767-300s, which are operated by charter carrier Eastern Airlines. Note that in some cases pilots may need to factor in additional refueling stops depending on atmospheric conditions and how many people are on the plane.

Schedule (2x per week on Wednesday and Saturday):

Details — It just got easier For folks in and around Indianapolis (IND) to visit Las Vegas (LAS) and Orlando (MCO), thanks to a pair of new A320 routes Spirit Airlines launched March 14. The same day, Spirit Airlines also announced a number of new routes it plans to launch from IND later this year, with thrice-weekly seasonal service to Myrtle Beach, South Carolina (MYR) beginning May 2 and daily nonstop flights to Tampa (TPA) and Fort Myers (RSW) starting November 14 — more on that, below.

Details — Everyone living north of Seattle, rejoice! After being closed to passenger flights in World War II, Paine Field (PAE) in Everett, Washington, officially re-opened on March 4, featuring four daily nonstop flights to Portland (PDX) aboard Alaska Airlines' Embraer 175 aircraft. Nearby, at Seattle-Tacoma (SEA), a new route to Columbus, Ohio (CMH) began operating on March 7, with daily service on the A320.

Seattle to Portland (4x daily as of March 4, via PAE):

Seattle to Columbus (daily as of March 7, via SEA):

Details — American Airlines and British Airways recently announced plans for new seasonal nonstop service from Miami (MIA) and Philadelphia (PHL) to London (LHR) with AA operating the MIA-LHR route with a mix of 777-200 and 777-300 aircraft and BA running the PHL-LHR route three times a week on Monday, Wednesday and Sunday with a mix of 747s and A380s. Both flights will be operated seasonally from October 27, 2019, to March 28, 2020. Also on deck for American Airlines is a new daily nonstop from Phoenix (PHX) set to begin April 1, 2019, which would be serviced by the carrier's 777-200.

Details — The good news is El Al is planning to launch nonstop service from Chicago (ORD) to Tel Aviv (TLV) sometime in March 2020. The bad news is other than the fact that the new route will run three times per week on Tuesday, Thursday and Sunday and will most likely be operated by the carrier's 787 Dreamliner — that's all we know so far since El Al is keeping especially tight-lipped on the subject as of press time. Stay tuned to TPG for more information as this development continues to unfold.

Hawaiian Airlines is Adding Another Nonstop Option From SFO

Details — It seems Southwest isn't the only airline with Hawaii on the brain these days. Starting October 16, Hawaiian Airlines will offer a new daily nonstop flight from San Francisco (SFO) to Honolulu (HNL), which will be operated by the carrier's shiny new Airbus A321neo aircraft. If you've been dreaming of a tropical Hawaiian getaway, it's never too early to start planning, especially since October is one of the best times of the year to visit.

Details — On the heels of its new flight to Hawaii, Southwest Airlines announced several new domestic routes coming in August and October of this year. Weekend service between St. Louis (STL) and Salt Lake City (SLC) is expected to begin August 10, with a switch to daily service starting October 2. Twice-daily flights between Baltimore (BWI) and Newark (EWR) will begin October 2, while three additional routes are slated for an October 5 start, linking Nashville (BNA) with Buffalo (BUF) on weekends, and Houston (HOU) with Amarillo (AMA) and Dallas (DAL) with Cleveland (CLE) on Sundays.

Details — In addition to the three new routes from Indianapolis (IND) that Spirit Airlines announced for May 2 and November 14 (mentioned above), the carrier also laid out plans for new nonstop flights between Sacramento (SMF) and Las Vegas (LAS) and Burbank (BUR) and Las Vegas (LAS), both of which will be operated three times a day starting June 20 by the carrier's A319s. As for the new flights out of IND, the route to Myrtle Beach (MYR) will be operated seasonally three times per week on Sunday, Tuesday and Thursday by the carrier's A319 starting May 2, while the flights to Tampa (TPA) and Fort Myers (RSW) will run daily aboard A320s starting November 14.

Delta to Debut Flights From Atlanta to Oakland and Vancouver

Details — We've got great news for anyone in the Southeast planning trips to the West Coast or Vancouver this summer. From June 9 to September 1, you can catch a flight from Atlanta (ATL) to Oakland (OAK) six times per week Sunday through Friday — service will then change to four times a week on Sunday, Monday, Thursday and Friday on October 1. For those wishing to visit Vancouver (YVR), flights will be available from ATL five times a week on Sunday, Monday, Thursday, Friday and Saturday starting September 1. Both routes will be serviced by Delta's 737-900s.

Atlanta to Oakland (6x per week June 9 through September 1, then 4x per week as of October 1):

Details — While details are scarce — all we know so far is that Virgin Atlantic is planning to launch new nonstop service between London (LHR) and São Paulo, Brazil, sometime in 2020, and likely on its 787-9 aircraft — we're definitely keeping a close eye on this one, as the new route will provide an important new link between Europe and South America.