A comprehensive look at the most redeemed airline routes in America 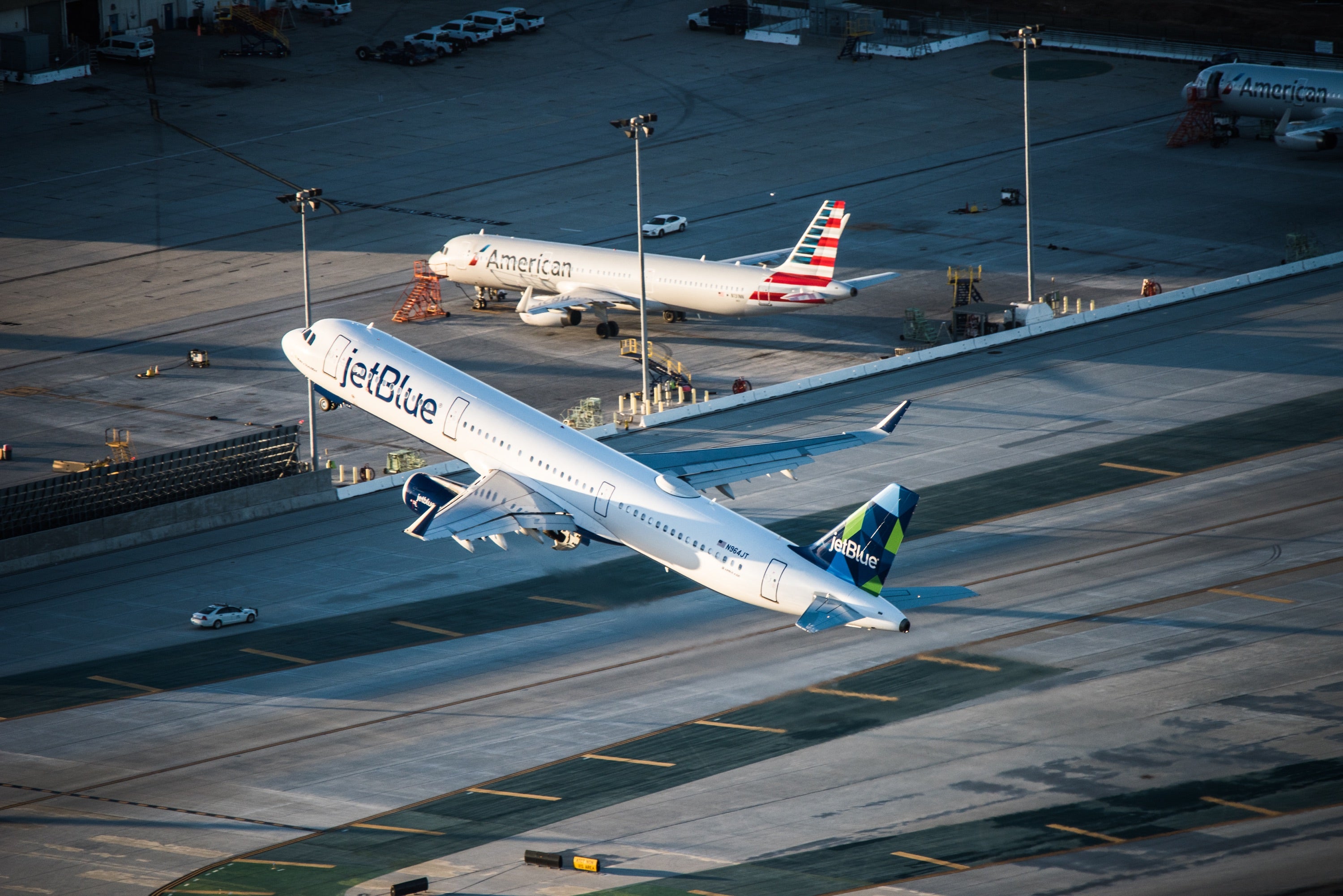 A first-class suite to Dubai, overwater villa in the Maldives.

These are some of the most luxurious point redemptions you'll find. Who doesn't want to shower on a plane or wake up to the sunrise in a private overwater suite?

Nevertheless, everyone uses their frequent flyer miles differently. And while premium cabin international flights tend to grab the most attention, many people redeem their points for domestic flights. After all, it's much easier to fly a three-hour hop to Florida than a long-haul international jaunt to the Middle East.

But how many people are actually redeeming their points on a given domestic flight? And how does that compare to other U.S. routes? Well, thanks to first-quarter data from Cirium, we can answer just that.

To estimate the number of award seats on a given flight, Cirium analyzes the Department of Transportation data for domestic revenue tickets and considers those that just include the taxes and fees to be award seats.

Most domestic award tickets include just negligible taxes — usually around $5.60 each way for the TSA passenger fee. So, if the data lists a "total fare" of $5.60, Cirium assumes that it's a one-way award ticket comprised of a $0 base fare and $5.60 in fees.

Note that the data doesn't include any international itineraries, even those with a domestic connection. Say for example you booked an award from Cleveland to London, via New York. The domestic Cleveland to New York segment wouldn't be included since it's connecting to an international segment.

With that out of the way, let's take a look at the findings.

American's AAdvantage members really seem to like the outdoors.

Between January and March, American operated nearly 240,000 domestic flights. The domestic route with the highest percentage of award tickets was between Miami and Vail/Eagle, with roughly 21% of domestic passengers opting to redeem miles, according to Cirium's assessment.

Across the board, Colorado was a popular mileage destination for AA flyers. The AA route with the second-highest percentage of redemptions was also to Vail (from JFK).

Five of AA's top ten domestic routes were to Colorado. Three of the others were to Florida (Key West, Palm Beach and Sarasota) and two others were to St. Thomas in the U.S. Virgin Islands (from Dallas and Philadelphia).

It's worth remembering that the pandemic was just taking shape in the first quarter. But even before it came stateside, American's redemptions skewed heavily to outdoor destinations. When the second-quarter data is released, don't be surprised if there's a similar trend as customers might've opted for places with built-in social distancing.

Related: Airlines are flying some unexpected routes during the pandemic. Will they stick around?

Delta, United redemptions were to the outdoors

It wasn't just American flyers seeking the snow and sun. The domestic Delta and United flights with the highest percentage of redemptions skewed heavily to the mountains.

United's San Francisco to Sun Valley route saw the highest percentage of domestic redemptions. The second-highest route on Delta's list was between Minneapolis and Steamboat Springs.

Colorado once again stole the show, though. Four of the Delta domestic routes with the highest rates of awards were to the Centennial State. United MileagePlus members also hit the slopes, but they were a bit more spread out. Sun Valley and Jackson both appeared on UA's top ten routes for domestic redemptions in the first quarter.

Outdoor destinations may once again top the list when the second-quarter data is released. Even though January, February and March are three of the best months for skiing and snowboarding, the pandemic has caused travelers to stick to open-air activities.

It'll also be interesting to compare the redemption rate on a given route from the first to the second quarter. As airlines looked to incentivize people to take to the skies, many flyers might have opted to use cash and save points for later.

Southwest made a splash when it first started flying to Hawaii. Loyal Southwest flyers have clearly been saving up their Rapid Rewards for some time on the islands.

In the first quarter, six of the top ten Southwest routes with the highest redemption percentages were to 50th State. The other four? To Florida.

In later months, the rankings may shift. The Dallas-based airline is gearing up to add four new destinations by the end of 2020: Miami, Montrose, Palm Springs and Steamboat Springs. Perhaps the two Colorado ski destinations will make the top ten list by next year.

The Seattle-based carrier flies to a host of destinations in the Lower 48, but it's named after the Last Frontier for good reason. Of the major U.S. airlines, Alaska is the strongest in — you guessed it — Alaska.

Even in the middle of winter, seven of the ten routes with the highest proportion of award redemptions were intra-Alaska. Two more were to or from the state — Seattle to Ketchikan topped the list in the first quarter.

And surprisingly, just one route was to a warm destination — Anchorage to Maui was the airline's fifth-highest on the list.

Related: How to redeem miles with Alaska Airlines Mileage Plan

If you redeemed points to fly to Colorado earlier this year, you're not alone.