Articles
Cameron Sperance is a senior hotels reporter at TPG. He covers anything to do with the hotel industry, from the guest experience to the business itself.
Follow
Aug. 15, 2022
•
6 min read 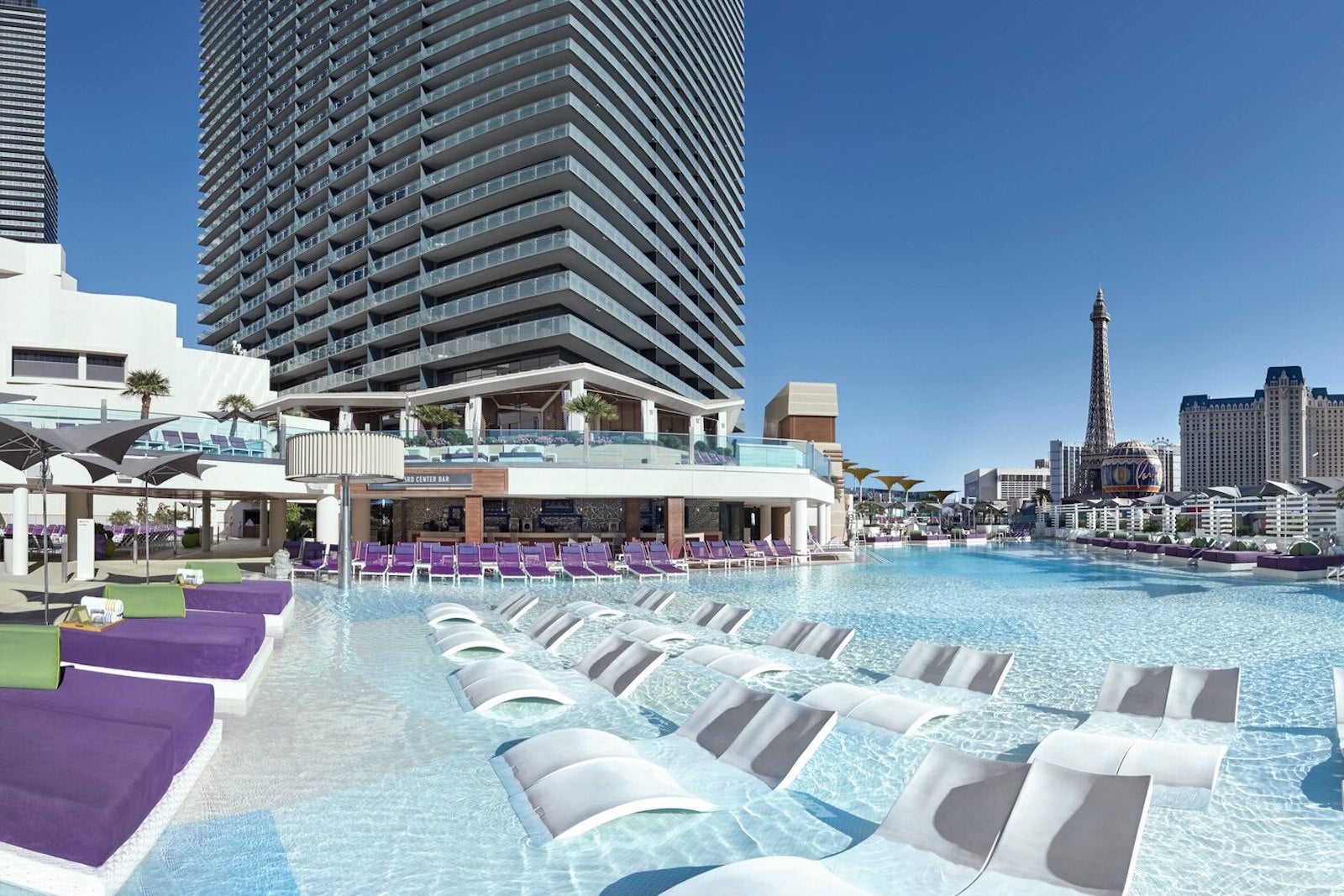 There's good news this week for guests at some popular Las Vegas resorts and casinos. As the dust begins to settle from a flurry of transactions during the pandemic, guests at a handful of resorts can now begin taking advantage of some new privileges at properties that changed hands.

As you may remember, Marriott-affiliated The Cosmopolitan of Las Vegas — part of Marriott’s Autograph Collection — was among those affected by the real estate activity when investment group Blackstone inked a deal last fall for its most profitable asset sale ever by offloading The Cosmopolitan for $5.65 billion.

Part of that deal also entailed MGM Resorts International taking over resort operations for the property for $1.625 billion — a sign MGM wants to focus more on high-end gaming at its physical Las Vegas casinos. MGM closed on that deal earlier this spring, which made the 3,033-room Cosmopolitan and its 110,000-square-foot casino officially part of MGM Rewards.

A quick check of The Cosmopolitan's website makes clear that more changes are on the horizon. Still, this doesn’t mean MGM is running off Marriott Bonvoy members from the property just yet. The last few months have been a sort of getting-to-know-you phase of integrating the resort into the MGM Rewards network, so the changes are unfolding.

One such change just took effect this week: Guests at The Cosmopolitan and two other properties in the MGM Rewards network now have reciprocal room-charging privileges. Specifically, The Cosmpolitan, Aria and Bellagio now have a cross-charging network for guests visiting these properties. TPG Executive Editor Scott Mayerowitz was informed while checking in at Aria this weekend that he'd be able to charge eligible purchases at The Cosmopolitan to his room at Aria.

Here’s a rundown of the biggest things to know as The Cosmopolitan makes the transition.

Marriott Bonvoy members shouldn’t feel slighted by this deal for now. The Cosmopolitan is still part of the Autograph Collection, and there is still a Marriott Autograph Lounge at the resort for Bonvoy Platinum, Titanium and Ambassador elite members to use. Those with Marriott elite status also still have access to benefits such as expedited seating at the Wicked Spoon buffet, potential room upgrades, bonus points, a $10 food and beverage credit, etc.

This also means Marriott Bonvoy points and gift cards are still redeemable at the resort and you can still use Bonvoy points to book a stay, often to the tune of 70,000-100,000 points per night.

The Marriott partnership is exclusive to The Cosmopolitan and won’t extend to other MGM Resorts properties. MGM currently has a much closer relationship with Hyatt, including elite status matching and reciprocal benefits, at its other properties.

MGM Rewards members as well as those in Cosmopolitan’s pre-MGM Identity membership program have not seen any changes to date when it comes to their tier levels, benefits, points balances or earnings rates at The Cosmopolitan or any other MGM property like Bellagio or MGM Grand. Both programs continue to operate independently of one another, for now.

MGM Rewards offers aren’t valid yet at The Cosmopolitan nor are Identity offers valid at legacy MGM properties. MGM indicated changes to the programs will be communicated “in the coming months.”

As mentioned earlier, perks for guests visiting The Cosmpolitan and a couple of other MGM Resorts in Las Vegas may be the area that's seen the most movement so far when it comes to the guest experience.

All such charges will be eligible to earn loyalty currency wherever the guest is staying, be it will be Identity points at The Cosmpolitan or MGM Rewards at Aria and Bellagio.

Eventually, you’ll be able to charge eligible purchases made at The Cosmopolitan to your room at all other Las Vegas MGM properties and vice versa. So far, no word on when this change might happen.

MGM also says Cosmopolitan guests will eventually be able to charge show tickets to their rooms but only for select venues. T-Mobile Arena, Grand Garden Arena, Michelob Ultra Arena, Mandalay Bay Beach and Dolby Live appear unlikely to be included in that list, per MGM’s memo.

Again, it’s largely business as usual on the amenity front. There won’t be complimentary pool access across the newly expanded MGM Resorts network in Las Vegas (day passes are available for purchase). This also means guests at The Cosmopolitan can only access the on-site fitness center rather than those at other MGM properties in the vicinity.

Access to MGM’s Shadow Creek golf facility and even networkwide complimentary parking isn’t available to guests at The Cosmopolitan — for now. MGM Resorts indicates both will eventually be allowed in the future.

All reservations booked for stays at The Cosmopolitan prior to MGM closing on the operations deal will be honored. Fans of mobile check-in will only be able to use the MGM Resorts app at non-Cosmopolitan properties for the time being when visiting Las Vegas.

The Cosmopolitan doesn’t offer mobile check-in, per MGM, but the company adds, “The Cosmopolitan will soon provide many of the same conveniences as our other destinations.”

As for the casinos, The Cosmopolitan still operates its own gaming system, so wins and losses there won’t reflect as MGM activity.

While it has changed hands, The Cosmopolitan is still operating mostly as a stand-alone entity compared to the rest of the MGM Resorts network. With the latest changes allowing cross-charging of food and beverage purchases at certain properties, though, it's clear that further changes and integration are coming soon, so keep an eye out over the next few months as the sprawling property becomes a full member of the MGM family.

Related stories
Updated: A country-by-country guide to coronavirus reopenings
Southwest deal: Get 25% off one-way trips for Christmas and New Year's Eve travel
At just 356 miles, Delta starts flying its shortest wide-body route
Everything you need to know about tipping on a cruise ship
Featured image by The Cosmopolitan Hotel (Photo courtesy of Marriott)
Editorial disclaimer: Opinions expressed here are the author’s alone, not those of any bank, credit card issuer, airline or hotel chain, and have not been reviewed, approved or otherwise endorsed by any of these entities.