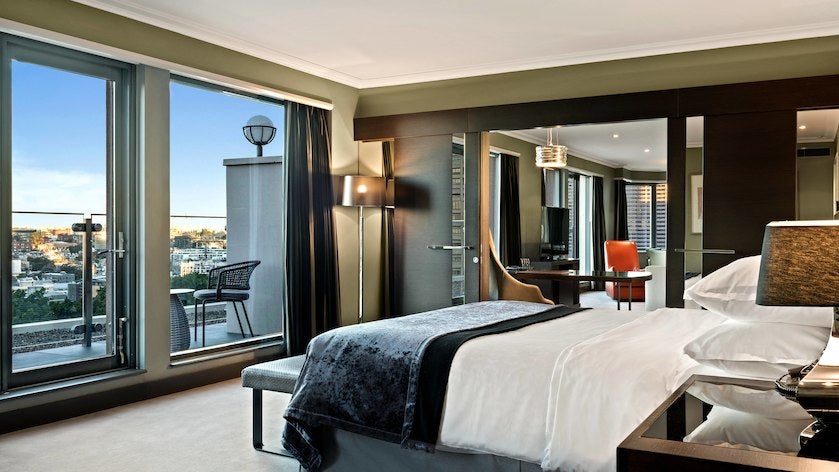 Marriott's Latest IT Fail Is a (Still) Non-Functional Choice Benefits Page
This post contains references to products from one or more of our advertisers. We may receive compensation when you click on links to those products. Terms apply to the offers listed on this page. For an explanation of our Advertising Policy, visit this page.

The Marriott/SPG integration hasn't been smooth on many accounts. From missing points to elite status errors, we've heard a rash of complaints from our readers (and staffers). In general, I'd say the most common Marriott/SPG issues have been IT-related. It's understandable to have a few hiccups when you're combining two massive, diverse programs with two completely separate front- and back-end systems, but after several months, you'd think the new Marriott Bonvoy program would've learned a few things.

Well, apparently not, since there's a new IT fail: the program's Choice Benefits landing page for Platinum and Platinum Premier Elites. Under normal circumstances, members who reach 50 nights in a calendar year are eligible for one selection, and hitting the 75-night threshold opens up another selection. These normally need to be made before Jan. 14 or else Suite Night Awards (SNAs) are automatically selected as the choice for the year, but as we reported earlier this month, the selection page had been down for weeks:

This prompted Marriott to extend the deadline to Feb. 7 while its engineers fixed the problem. Their job is now half-done, as the selection page is back up.

However, we're still receiving multiple reports from readers who haven't been successful in clicking through to actually choose their Choice Benefits. Most appear to hit a snag after logging in, like this screenshot from Spencer Ferrero on Twitter:

I'm honestly not sure which is more astounding: that Marriott had yet another IT glitch or that it rolled out a page that wasn't actually functional (and has reps on Twitter stating otherwise).

One would think that the myriad of problems faced in the days, weeks and months after the Aug. 18 integration would've instilled a "Test, test then retest" mentality for even the most minor of technological deployments. That apparently hasn't happened.

IT issues can be not only frustrating and time-consuming, but have a very material impact on members. If you spent 50, 75 or 100+ nights across the combined Marriott, SPG and Ritz-Carlton portfolio of brands in 2018, chances are quite good that you spent a lot of money. It's a near certainty that you spent a lot of time in these properties, and you should be rewarded for that loyalty.

Maybe you have a stay coming up in January for which you'd love to apply SNAs. Perhaps you're booking a family trip and could really use the 40,000-point free night certificate that can be selected by those who reach 75 nights and qualify for Platinum Premier status. These are published perks of the program, and Marriott is (essentially) holding them hostage due to IT issues. That's simply unacceptable.

We've reached out to Marriott for an update, and a spokesperson has said that they are "looking into this now." We'll be sure to post an update when the page is live and the selection process is functional.

Have you encountered issues selecting your Marriott Choice Benefits this year?