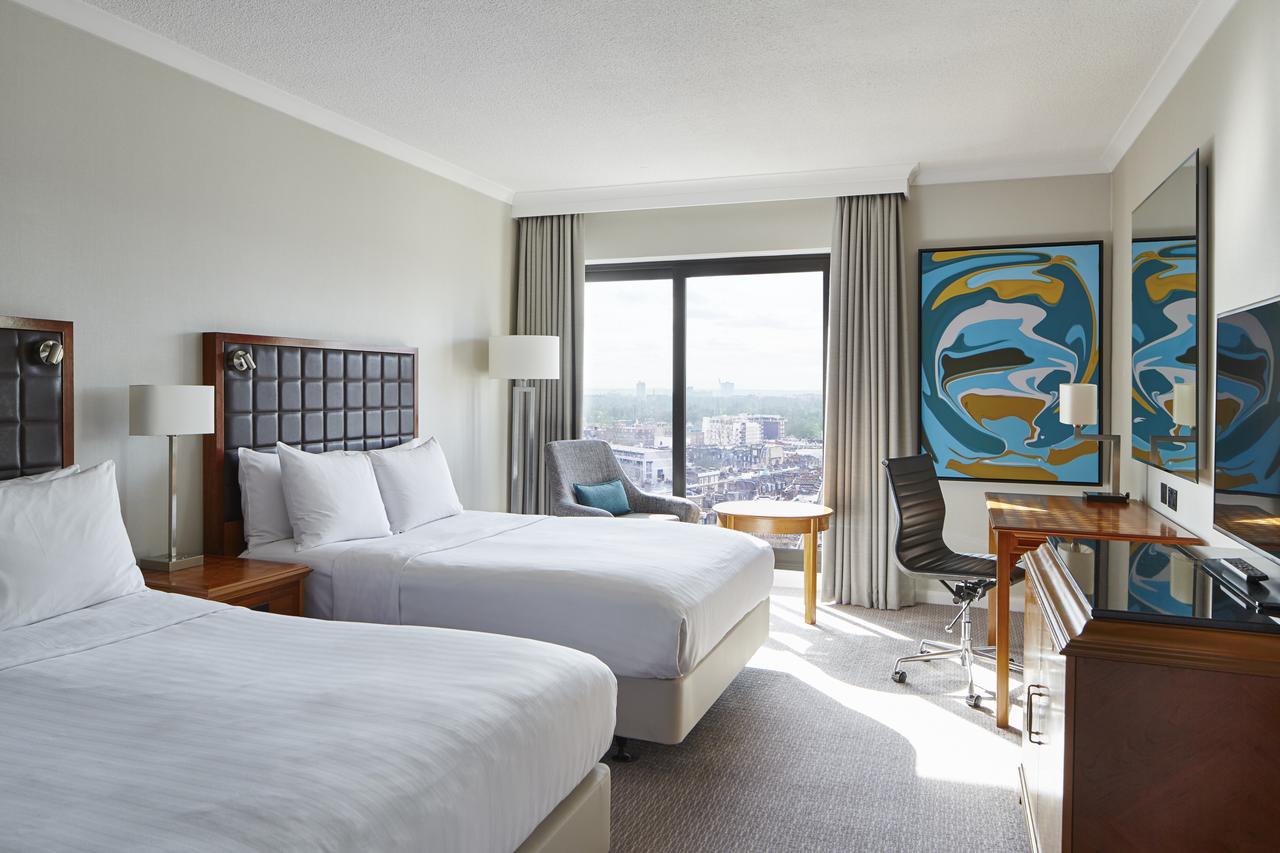 TPG has covered many of the unfortunate growing pains related to the Marriott/SPG integration. We've covered the recent Choice Benefits snafu and heard grumbles from our readers ever since the two programs combined, including this most recent complaint.

Now, families seem to be Marriott's latest IT victim with charges for children being added automatically to both cash and award bookings on Marriott's website and app.

It appears that Marriott's system is treating all extra guests, regardless of age, as an adult — thus triggering the dreaded extra-person surcharge at some properties.

Historically, SPG properties had extra-person charges in some locations, but they had not applied to children under 12 in existing bedding. However, there are some message board discussions that predate the merger so this isn't an entirely new issue, though it seems to have increased in frequency in recent history.

When asked on a recent FlyerTalk discussion whether there is a policy across Marriott brands that all children under-12 stay free, Marriott's rep, William Sanders replied "There isn't just one, as far as I can tell. It is a business decision that each hotel or resort controls, so they are the best source of information."

In our online tests, the extra person charges applied to children as young as infants on test bookings at the following hotels:

Sadly, this is nowhere near an exhaustive list of properties impacted by these charges as most we tested in the Hawaii and Vancouver areas were plagued by this issue, but some examples were found around the world -- even at Marriott's properties at Disney World!

When I made a reservation for my family — two adults and two children (ages 1 and 3) — for a five-night reward stay at the Sheraton Kona Resort in Hawaii, everything appeared fine on the first page. The room priced at 35,000 Marriott points per night (with fifth award night free), and the additional person fees are not disclosed until later in the booking process.

However, on the checkout screen, the $700 extra-person fee displayed — despite it being a room with an occupancy of four and the "extra guests" being children under 12 staying in existing bedding.

I spoke with Marriott Rewards customer service and the representative was able to remove the charges by going into a legacy back-end system from pre-August 2018 to remove two of the guests. The agent explained that very few people in the company still have access to the system. I asked if I could keep the children on the reservation but state their ages, and she said it wasn't possible and she would just remove them.

Upon removing the children, the extra-person charges disappeared as expected.

The agent recommended just booking two adults on awards in the future — even if I am traveling with the children. Of course, before doing that, make sure that the room is rated for four people and you won't be hit with unexpected charges at check-in. While we do not typically recommend failing to disclose the full number of guests on a hotel reservation, your best bet to avoid this reportedly erroneous fee at Marriott properties for now is to put two adults on the reservation (as long as the room fits four) and make the booking. Then, in the reservations notes box, add that there are also two children and include their ages. You can also call or email the hotel directly to double-check its policy on children.

When I phoned the hotel directly, the front desk clerk said that while he could not remove the charge at this juncture, they do not charge for children under 12 at their property. He said the charge would be adjusted upon checkout once they see that our toddlers are indeed under 12.

When I tested cash bookings, the same fees applied for any guest beyond double occupancy, irrespective of ages. It could be very off-putting to see a large charge when you're looking to book a room with your children and could easily discourage families from booking in favor of chains that are more family-friendly.

TPG has reached out to Marriott for comment and its spokesperson reports that they are looking into the matter. We will update with responses and suggestions as they are received from Marriott.

It seems this is just another issue to add to Marriott Bonvoy's current IT bug list. Have you encountered issues with extra-person charges when booking awards for a family? Let us know in the comments.

Featured image by (Photo courtesy of London Marriott Hotel Marble Arch)
Editorial disclaimer: Opinions expressed here are the author’s alone, not those of any bank, credit card issuer, airline or hotel chain, and have not been reviewed, approved or otherwise endorsed by any of these entities.