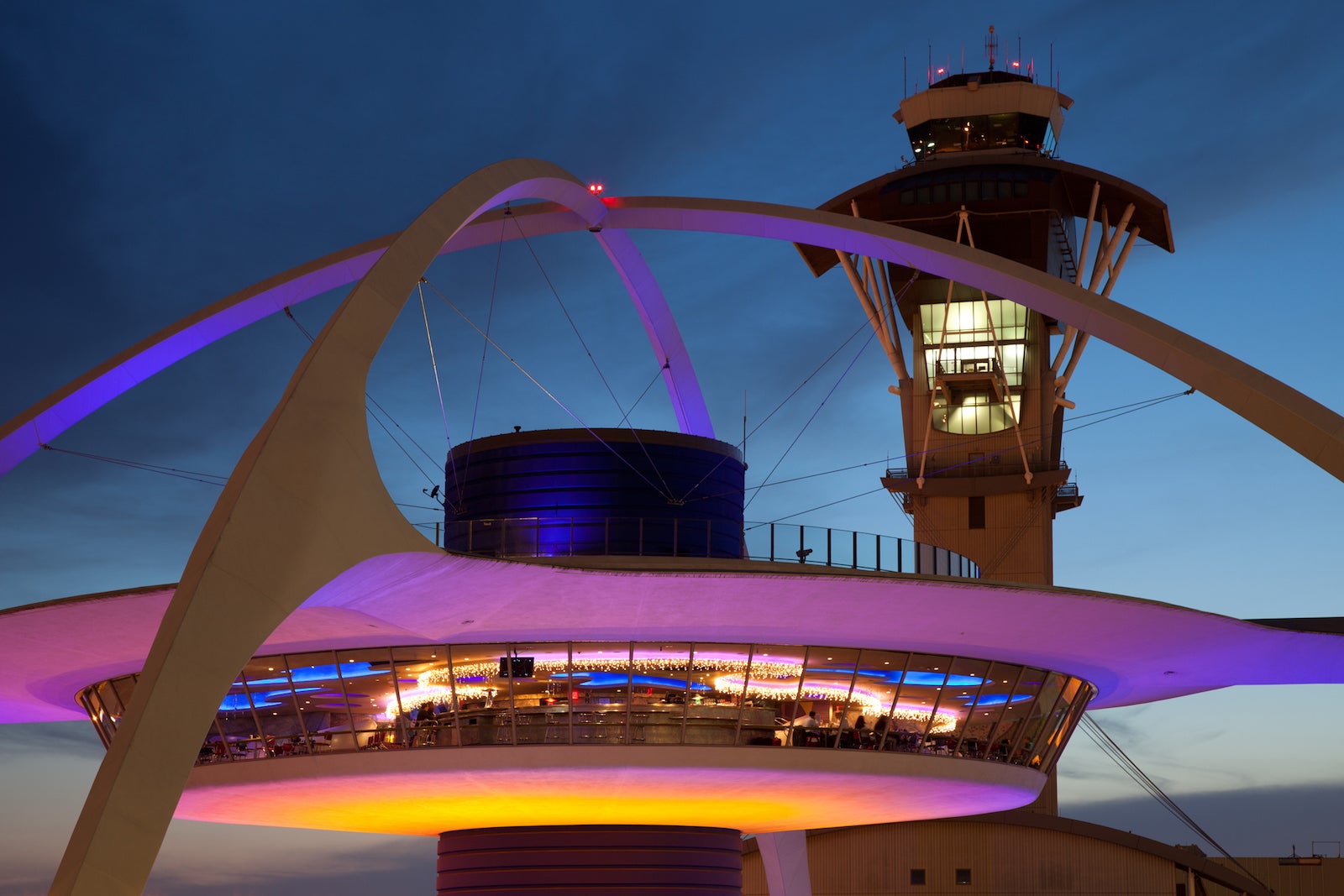 LAX Wants to Turn the Iconic Theme Building Into Part of an Airport Hotel
This post contains references to products from one or more of our advertisers. We may receive compensation when you click on links to those products. Terms apply to the offers listed on this page. For an explanation of our Advertising Policy, visit this page.

Is LAX the next airport to turn an iconic 1960s building into part of an airport hotel?

Taking the lead from New York JFK's revival of Eero Saarinen's architectural masterpiece the TWA Flight Center, turning it into a 21st-century hotel and bar, LAX is looking into doing something similar with the Theme Building — the striking, spiderlike structure smack dab in the middle of LAX may become part of a larger hotel and conference center.

"Right now, we're looking at it as an imagine-the-possibilities exercise," LAX spokesman Charles Pannunzio said in a telephone interview.

Los Angeles World Airports, the city's airports authority, on March 8 put out a call for architectural, engineering and construction companies to submit their visions for turning the Theme Building into part of a complex right in the middle of the airport that could include a hotel, restaurant and conference center. Though there are several thriving hotels around LAX, including an excellent one for planespotting, it would be the first time LAX could call itself home to a hotel right on the property. The Theme Building would likely house a restaurant or meeting center, not lodging, the Los Angeles Times reported.

The deadline for proposals is this Friday. LAX didn't specify when construction for the proposed complex would have to begin or be completed.

As part of a renovation, several unused or underused structures at the airport, including the old control tower and a large parking facility, could be revamped or demolished, opening up acres of usable space. Airport officials also indicated they wanted to move the Flight Path Museum from Imperial Highway into the proposed complex.

Pannunzio said he didn't know if LAX's call for turning the Theme Building and nearby structures into an airport hotel and conference center was inspired by what JFK did with the new TWA Hotel.

One of LA's most memorable buildings, the Theme Building is considered an example of midcentury modern architecture and an expression of the optimism of the West Coast's Space Age ambitions. It was designed by the firm Pereira and Luckman and was completed in 1961 — a year before the TWA Flight Center in New York. One of its original draws was a revolving restaurant.

After the Sept. 11, 2001, attacks, it became more difficult for tourists to get to the Theme Building for sightseeing. Its 8,000-square-foot, no-longer-revolving restaurant, Encounters, closed in 2014, and its observation deck, once popular with planespotters, is now closed. The ground floor is home to the Bob Hope USO.

The airport's Automated People Mover train, scheduled to go online in 2023, would have a stop about 200 feet from the Theme Building, turning it into valuable airport real estate once again. But even a relatively modest transformation of the Theme Building and nearby airport structures would have to pass a series of financial and bureaucratic hurdles, from dealing with city planners and landmark preservation to winning approvals from several strata of federal authorities.