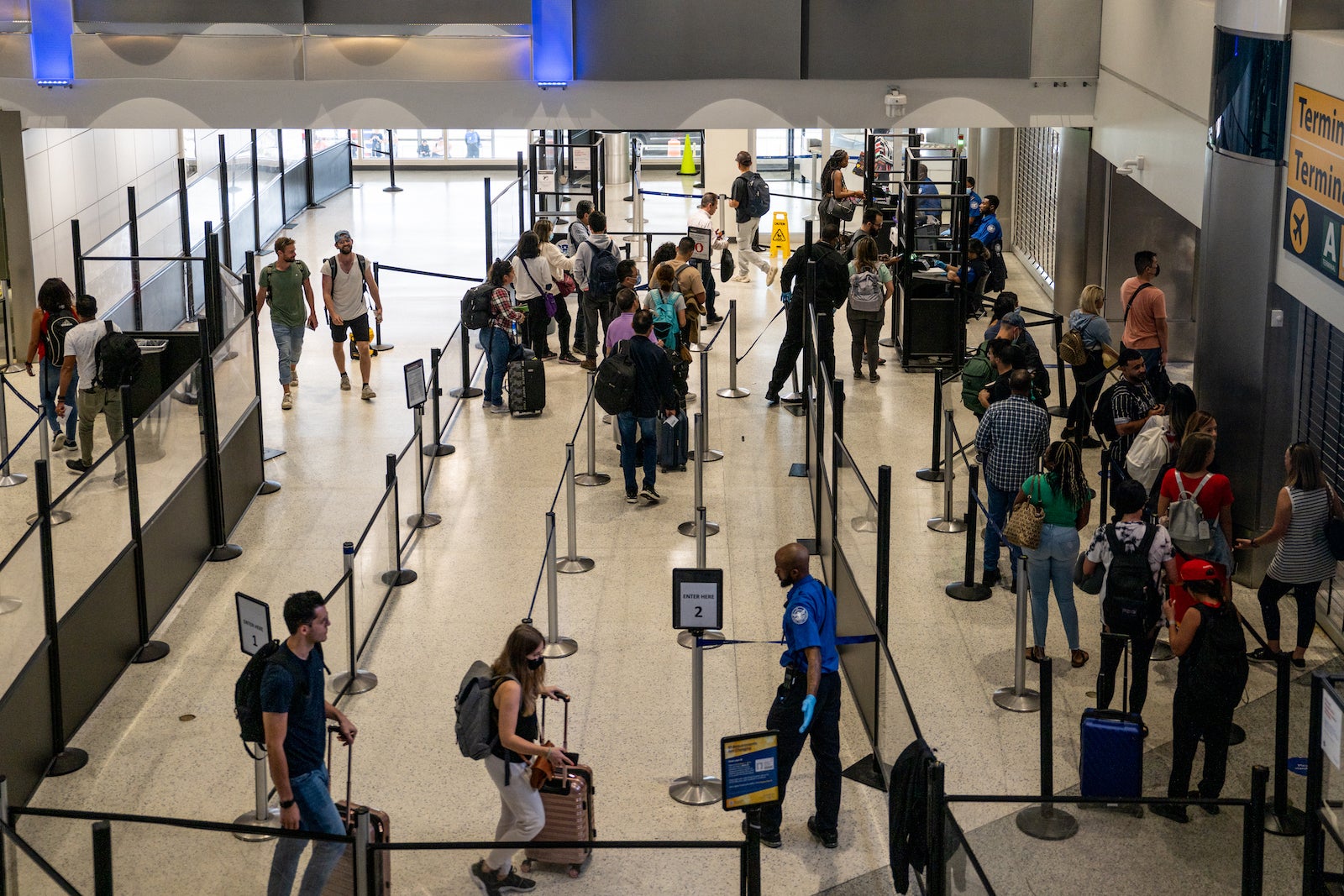 This story was updated to reflect new data from the TSA

After a summer defined as much by flight cancellations and delays as the trips travelers finally were able to take, travel on the season’s final major holiday weekend went off with comparable ease, even as terminals and planes saw some of their busiest days of the year.

The weekend included far fewer disruptions on the five largest U.S. airlines than occurred during the summer’s earlier holiday weekends around Memorial Day and the Fourth of July.

Between Thursday and Sunday afternoon, there were 76% fewer flights canceled on American Airlines, Delta Air Lines, JetBlue Airways, Southwest Airlines and United Airlines compared to the same travel days leading into the Fourth of July, according to data from FlightAware. Additionally, there were 81% fewer cancellations on those five carriers compared to that same travel period leading into Memorial Day.

With Labor Day weekend often considered the unofficial end to the summer travel period, it marked a pleasant surprise during a season that too often saw itineraries upended as airlines tried to meet demand not seen in years while contending with staffing shortages, air traffic control delays and always-pesky summer thunderstorms.

Even as passenger traffic dipped in the final days of August, demand came roaring back for the holiday weekend. Despite initial TSA data indicating a slower weekend for travel compared to Memorial Day and Fourth of July weekends, the agency corrected its final tally for the weekend to show just how busy things were.

Agents screened 2,479,329 passengers on Friday, the busiest travel day. That was the second busiest day for air travel since the start of the pandemic. Meanwhile, Labor Day weekend passenger traffic between Thursday and Monday only barely trailed levels seen during the equivalent time period for Memorial Day and Fourth of July this year.

Labor Day weekend was also the first time, since the start of the pandemic, that a holiday's travel exceeded 2019 levels, the TSA noted Tuesday.

It's safe to say the demand seen throughout the summer did not disappear during the season's final major holiday weekend, despite the rush of passengers lightening a bit in the days leading up to the weekend as many school districts returned to session and travelers began getting back to post-summer routines. Tuesday, Aug. 30, was the lightest day for air travel since March 29.

What's next for air travel?

Take Delta, for instance. On the Friday leading into Memorial Day weekend, the Atlanta-based carrier canceled 211 flights. The airline improved leading into the Fourth of July, with 117 cancellations on the busy Friday ahead of Independence Day. Leading into this Labor Day weekend, Delta canceled just five flights on Friday.

Airlines are flying thinner schedules as well. Numerous carriers have reduced schedules in an effort to improve reliability and ensure they’re flying a manageable number of routes. One such reduction for American Airlines will take effect in the coming days.

It comes as carriers have faced intense scrutiny from the U.S. Department of Transportation. Remember, it was the disruptions during the season’s first holiday weekend that saw Transportation Secretary Pete Buttigieg meet with airline executives, calling for increased transparency and reliability.

Then, just last week, TPG reported on the department’s new website that lays out the rights passengers have when facing major disruptions.

As summer turns to fall, it will be worth watching just how airlines continue to rebound from a rocky summer, how high demand for travel remains after several busy months and whether airfare continues to drop following some recent encouraging signs, leading to opportunities for great autumn travel deals.

A huge rush of passengers filling airports for Labor Day weekend ensured the unofficial end to summer kept with the season's trend: heavy demand. Compared to Memorial Day and Fourth of July weekends, though, airlines performed noticeably better. It will be worth watching what happens in the coming months to see how carriers continue to work through a shortage of pilots, and whether air travel (along with much of the travel industry) truly has to wait until 2023 to see even more marked improvements.