Articles
Sean Cudahy is a reporter covering general assignment news on travel, aviation and points and miles. He joined the TPG team in 2022 after nearly eight years as a local television news reporter.
Follow
May 28, 2022
•
8 min read 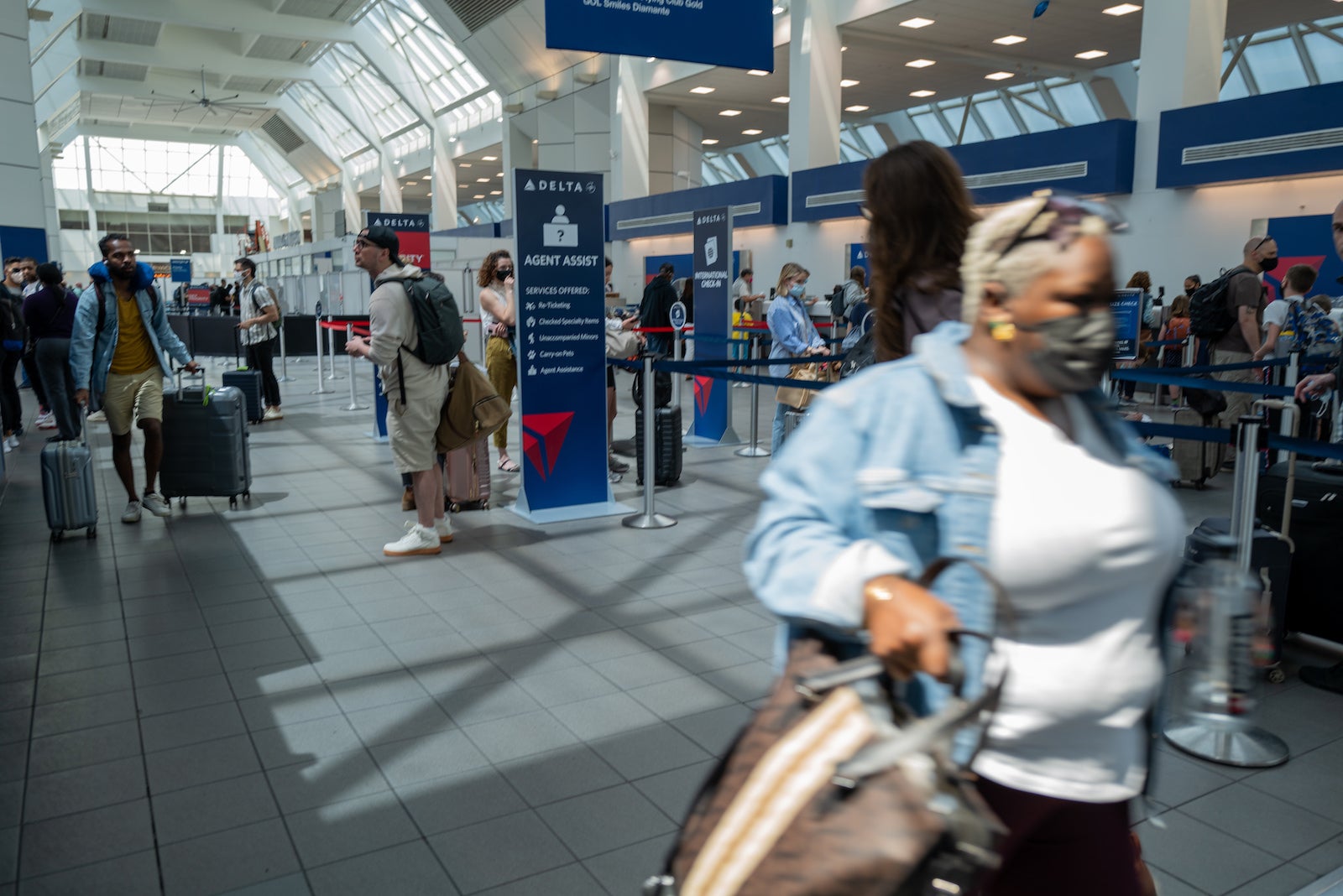 Memorial Day weekend kicked off what’s expected to be the busiest travel season in a few years, and brought with it some of the same operational issues travelers have dealt with for months now. The challenges came as officials from airlines to hotels to destinations prepared for the start of not just a busy weekend, but a busy season ahead.

While things seemed to run smoothly for most major airlines in the U.S. as the holiday weekend got underway, the same cannot be said for Delta Air Lines, which canceled hundreds of flights accounting for nearly a tenth of its schedule on Saturday.

The disruptions came just a few days after TPG reported that the airline was making changes to its summer schedule because staffing problems had made it less able to accommodate things like bad weather. The carrier had anticipated storms could present problems in the eastern U.S. during the holiday weekend, and had issued waivers in advance of the busiest travel days.

Still, despite rising prices, the latest COVID-19 surge, and airlines and other travel providers continuing to face imperfect operating conditions, the numbers show Americans are, as anticipated, traveling in a way not seen since before March of 2020.

As you might have expected, Friday was the busiest day for air travelers heading out for Memorial Day weekend getaways. The TSA screened just under 2.4 million passengers both Thursday and Friday – both days that now rank among the top five busiest since the start of the COVID-19 pandemic.

The rush came despite this year's rise in airfare -- about a 28% spike for the holiday weekend compared to 2019, according to data from Hopper.

That both Thursday and Friday saw high passenger volume could be a nod to the added flexibility many American workers did not enjoy prior to the pandemic, as pointed out by Clear, the paid service that allows travelers to cut airport security lines after verifying their biometrics at a kiosk.

Related: How working from home might impact travel in a post-pandemic world

Clear said its data showed a 40% spike in verifications at U.S. airports on Wednesday, Thursday and Friday compared to the same period in 2019. The agency saw that as a potential sign outbound Memorial Day traffic was more spread out than in pre-pandemic years, “changing how we view the normal Memorial Day Weekend rush,” Clear said in a statement Saturday.

Continuing a trend TPG has reported on throughout the spring, airports have taken to social media to warn travelers that parking lots were filling up rapidly.

The airport asked travelers still heading to the airport this weekend to consider being dropped off by friends or family. The airport hasn’t just approached pre-pandemic numbers in 2022; on one day earlier this spring, it broke its all-time single-day record for passenger traffic.

Preparing for the rush

From the airlines to the airports, the travel industry had been preparing for what was expected to be the busiest few days in years.

At Dallas/Fort Worth International Airport (DFW) in Texas, officials told TPG they had been seeing passenger traffic approaching pre-pandemic levels through much of the spring.

Still, airport leadership viewed Memorial Day weekend as a “crescendo” of that ramp-up, DFW Executive Vice President for Revenue Management and Customer Experience Ken Buchanan said in an interview with TPG Friday, pointing to the airport’s efforts to fully open concessions, iron out processes and showcase technological and physical upgrades made during the downtime of lower traffic points during the pandemic.

Related: Phoenix airport to its food and drink vendors: get back to normal hours

As the airport approached the rush, Buchanan and his team preached to staff about the need for readiness in hopes that by the time the weekend rolled around, they would be prepared to handle the surge in traffic.

“We want to remove the emotion of anger out of the travel experience,” he said.

Recent operational issues did not let up for Delta Air Lines though as the holiday weekend got underway.

After putting out notices this past week detailing staffing issues that had made it more vulnerable to external disruptions like bad weather, the Atlanta-based carrier canceled hundreds of flights in the middle of the holiday weekend, just a week after its worst operational day of the spring a week earlier when Delta canceled 280 flights.

As of Saturday afternoon, Delta had canceled 243 flights, about 9% of its schedule, according to data from FlightAware, on a weekend where storms in the Northeast and Southeast caused disruptions. Delta’s operating base of Atlanta saw the most cancellations of any U.S. airport Saturday, with 5-6% of its inbound and outbound flights canceled.

By mid-afternoon Saturday, Delta had already canceled about 75 flights for Sunday.

The carrier is planning flight cutbacks going forward in the summer months, largely aimed at reducing disruptions by making its schedule more manageable as it navigates subpar staffing levels. In a memo last week, the airline pointed out that the resurgence of travel following the pandemic has, in some ways, amounted to the "rebuilding" of the airline.

Related: Here’s what to do if your flight is canceled or delayed

As expected, neither continued disruptions in the travel industry nor inflated prices seem to be holding back travelers. Numbers so far on Memorial Day weekend show some of the largest crowds during the entire COVID-19 pandemic heading to airports.

As you return from the long weekend or prepare for your first getaway, be sure to keep an eye on social media feeds at your departure and arrival airports in case there’s important information to know – whether about parking, wait times or anything else to expect during your travels.

And of course, even as destinations are easing more COVID-19 restrictions than they’re adding, the last two-plus years have repeatedly shown the importance of closely monitoring the situation at your destination.

Related stories
Real ID requirements for air travel in US delayed until 2025
Another major cruise line to sharply hike onboard fees
Save money with these travel-related offers on your credit cards this month
Use these shopping portal bonuses to earn extra miles this holiday season
Featured image by Getty Images
Editorial disclaimer: Opinions expressed here are the author’s alone, not those of any bank, credit card issuer, airline or hotel chain, and have not been reviewed, approved or otherwise endorsed by any of these entities.