Articles
David Slotnick is a senior aviation business reporter at TPG. He covers anything and everything to do with the business of running an airline.
Follow
July 29, 2022
•
7 min read 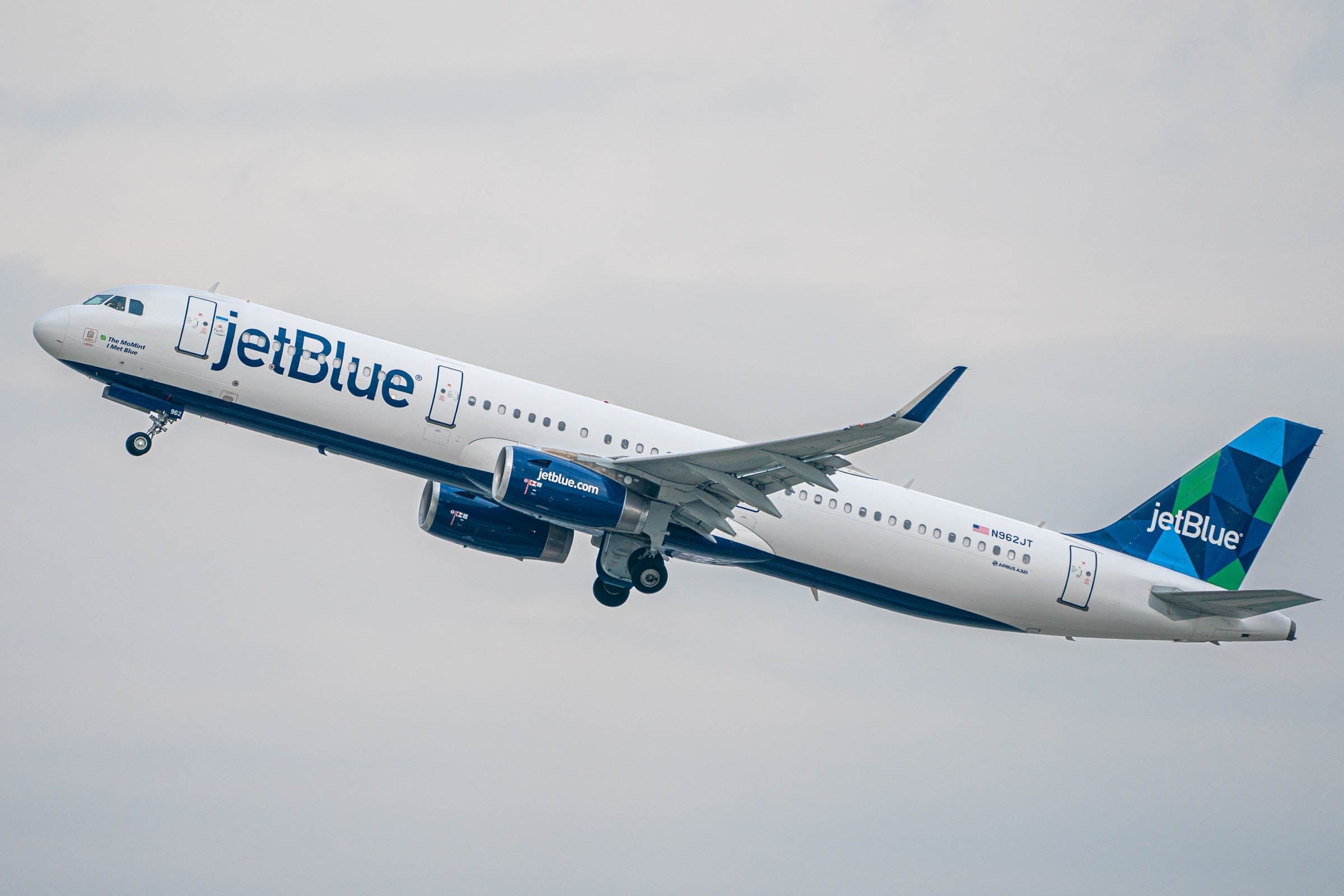 JetBlue is confident in Spirit deal despite regulatory hurdles, president says
This post contains references to products from one or more of our advertisers. We may receive compensation when you click on links to those products. Terms apply to the offers listed on this page. For an explanation of our Advertising Policy, visit this page.

JetBlue reached a deal to acquire Spirit Airlines on Thursday, marking an end to a monthslong saga in which JetBlue and Frontier fought to buy the notorious budget carrier.

Spirit and Frontier first announced their intention to merge in February with plans to create a megasized ultra-low-cost carrier.

But JetBlue soon made a surprising, unsolicited all-cash offer for Spirit, tweaking the bid several times as Spirit's board tried to deflect in favor of Frontier.

Although JetBlue's offer has always been higher in terms of pure value and would be paid entirely in cash — compared to Frontier's stock-plus-cash offer — it seemed like a long shot from the beginning. JetBlue plans to absorb Spirit into its own brand, effectively removing the biggest ULCC from the U.S. market and potentially raising the lowest fares in the markets that the yellow-hued airline serves.

Given that, some thought that made it seem tremendously unlikely to get approval from the antitrust regulators at the Department of Justice, known for opposition to any moves that would reduce competition.

Nevertheless, JetBlue executives insisted from the beginning that by combining, JetBlue and Spirit could better compete against the "Big Four" airlines — American, Delta, United and Southwest — that dominate roughly 80% of the U.S. air market, and said that they expected regulators to agree.

"We know the DOJ will see that," airline president Joanna Geraghty told TPG in April following the initial bid.

Fast forward three months, and Geraghty's confidence has only grown.

Her argument is that it was the very same DOJ that allowed decades of airline consolidation to lead to the current landscape.

"We're in the world where, if the DOJ looks at the landscape, they have to ask themselves, 'How did we get into a position where four airlines dominate 80% of the domestic seats?'," Geraghty told TPG during a remote interview Thursday afternoon.

"The fundamental issue here at the DOJ level is fairness," she added. "We want to be able to compete on the same playing field that the DOJ created."

The argument Geraghty makes on the regulatory front is less about Frontier versus Spirit — that was how the battle to win over Spirit's shareholders was framed — and more about the objective benefits of allowing any two smaller airlines to merge in order to challenge the biggest four.

By the numbers: A snapshot of the merger between JetBlue and Spirit

"It's a hurdle regardless of who does it," Geraghty said.

"Frankly, Spirit and Frontier would have had the same challenges that we have," she added. "To the extent that [regulators] don't support this particular transaction, we'll take them to court. It's the process."

The only way to effectively and quickly grow JetBlue, or any similar airline, she said, would be through mergers.

"Part of how you allow that is to create an environment where carriers — and in a very capital-intensive environment — have the opportunity to grow and grow more quickly," Geraghty said. "And part of how you do that is through acquisition."

The regulatory argument, on its face, appears to have merit. The Biden administration has called for more competition among airlines, and the only way to really compete with the scale of the biggest four would be rapid expansion of the type JetBlue is planning.

Analysts have begun to agree as well.

"We find negative sentiment on this topic to be rooted not in fundamental analysis but rather the perception that the current administration is generally hostile toward both consolidation and airlines in general (where political rhetoric has recently worsened in response to deteriorating industry reliability), the DOJ has potentially grown weary of airline M&A, and DOJ is already suing JetBlue over something else," airline analyst Jamie Baker of JPMorgan wrote on Thursday in a research note.

But the cost to JetBlue will be steep, and it's unclear exactly how the airline plans to pay for it.

On top of the $3.8 billion acquisition costs, JetBlue will face steep costs to retrofit Spirit's 180 aircraft, likely in the ballpark range of $3-$4 million per aircraft, or a total of around $540 million to $720 million, according to one estimate from an independent industry expert who asked not to be named.

JetBlue ended the first quarter of this year with just shy of $2.9 billion in cash, equivalents and investment securities, and $3.9 billion in debt (the airline valued its total assets, including aircraft, at $13.8 billion). Even if it depleted its entire cash and securities holdings, it would still be nearly $1 billion short for the acquisition.

Even if the deal were to fall through or be rejected by the DOJ, JetBlue would be on the hook for about $470 million in reverse breakup fees under the terms of the agreement.

So how exactly can the airline make this work?

"Obviously, we'll be taking out a loan," Geraghty said. "But we feel good about our ability to pay for this."

"We have a team that is laser-focused on integrating this in the most cost-effective and timely manner possible so that we can start achieving many of the synergies that we're really excited to take advantage of here," she added.

JetBlue and Spirit have an estimated $600 million to $700 million in net annual synergies once the deal closes and integration is completed, with estimated annual revenues of $11.9 billion. The airline also expects a leverage ratio — a metric comparing debt to expenses — of 3.0x to 3.5x after the transaction, which is within historical limits.

One option could include selling some owned aircraft to lessors and leasing them back, said industry analyst Henry Harteveldt, founder of Atmosphere Research. JetBlue has purchased a lot of aircraft using cash, giving it that option.

Other options include issuing more stock or funding from current ongoing operations, which would both be difficult and have drawbacks.

While debt remains an option, it could hurt JetBlue's ability to build future cash reserves or even be considered investment grade, Harteveldt said.

Assuming regulators approve and the financial details are worked out, one big outstanding question is timing.

While JetBlue says it plans to close in the first half of 2024, it would take longer to get the fleet integrated.

"It'll probably take a couple of years," Geraghty said. "We want to align the fleets as quickly as possible."

"As we start working through integration, we know that during the period between deal sign and deal close, we're going to be able to do a lot of planning," she added. "There's some things that we can't do before deal close, but we're going to do as much as possible to be prepared for execution."

Featured image by (Photo by David Slotnick/The Points Guy
Editorial disclaimer: Opinions expressed here are the author’s alone, not those of any bank, credit card issuer, airline or hotel chain, and have not been reviewed, approved or otherwise endorsed by any of these entities.