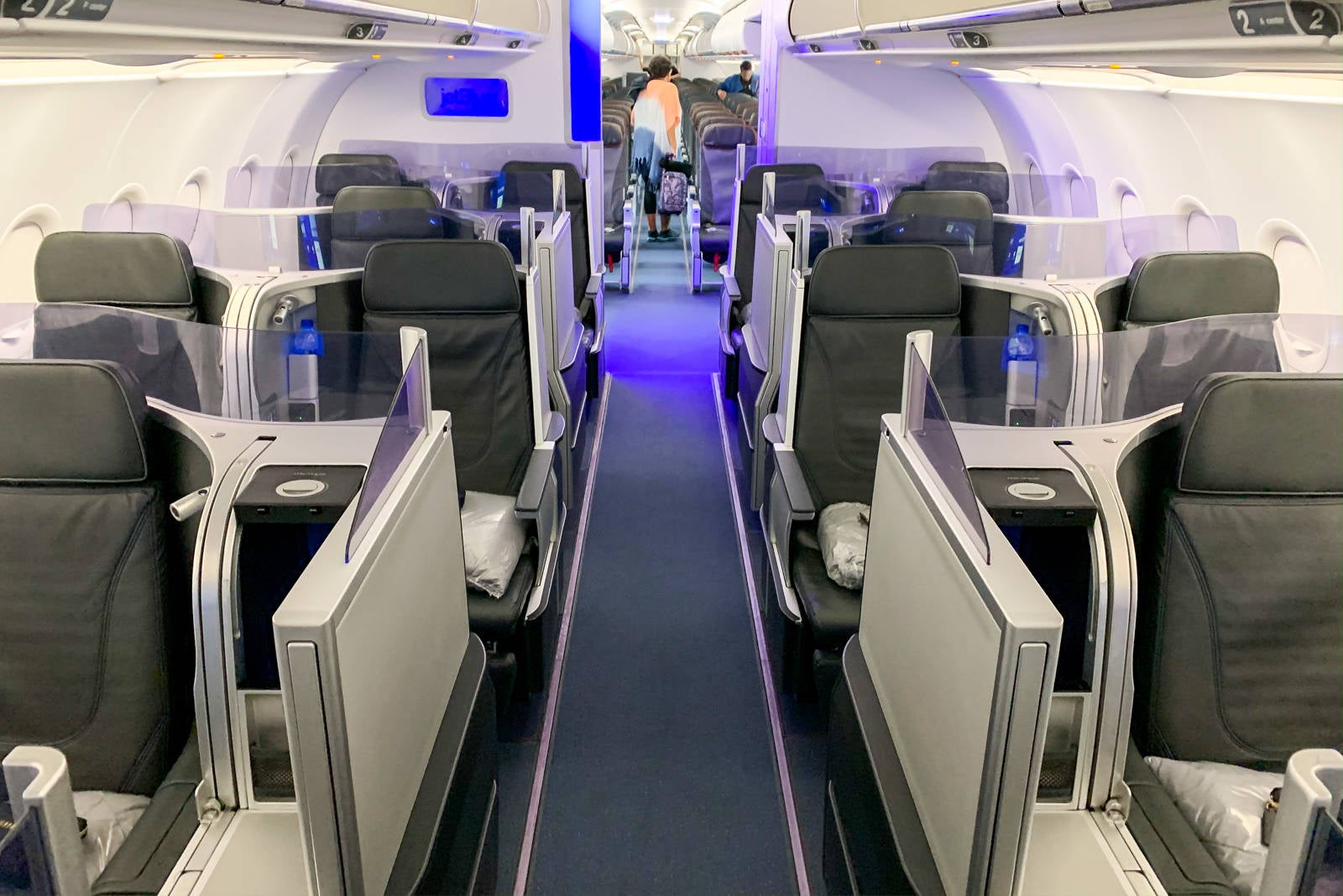 Earlier Thursday, JetBlue announced that it's going to be expanding its route network over the next few months. While most airlines are looking to cut routes during the global pandemic, the New York-based carrier has launched service on 30 new routes, beefing up its presence in some Florida focus cities and some smaller outstations like Philadelphia.

Most interestingly, though, is the fact that JetBlue is bringing its TPG award-winning Mint business class to two new transcon routes. Starting July 23, JetBlue will fly between Newark (EWR) and Los Angeles (LAX) and San Francisco (SFO) on its Mint-equipped Airbus A321.

When Mint was introduced five years ago, JetBlue promised to disrupt the transcontinental business-class market. And disrupt it did.

Aside from the industry-leading hard product, JetBlue's pricing strategy forced the competition to adapt to the new reality. Before Mint, the legacy carriers were charging thousands of dollars for flights in biz between the coasts. They could fill their premium cabins with corporate flyers who had deep expense accounts.

When JetBlue started pricing Mint at around $500 each way, American, Delta and United began matching these fares. Five years later and it's pretty easy to find a one-way biz seat between New York and Los Angeles starting at around $500 — on every carrier.

Now, with Mint's Newark expansion there's going to be even more pressure on United (which has a mega-hub in Newark) to compete head-to-head with the new offering. This could start a fare war between the two, which would likely spell the end of the last-minute, sky-high United transcon fares.

Related: The Mint Effect — Why transcon business fares are dropping

A great way to socially distance

Premium cabins offer a lot more space than coach seats, making them a great way to socially distance onboard. JetBlue's Mint offering is perhaps the best way to maximize your personal space on a domestic flight.

Of the 16 seats in the Mint cabin, four of them are suites. Rows 2 and 4 are arranged in a 1-1 configuration, and each suite has two large tables, as well as a door. Of the premium transcon products, Mint suites are definitely the most private.

But even if the suites are already assigned when you're booking, Mint is still a great product for social distancing. That's because JetBlue is one of the airlines that's capping the number of seats sold in order to keep middle seats unoccupied. In Mint, that means six of the 16 seats will remain unoccupied. So even if you end up in one of the couple seats, you won't have a stranger next to you.

Related: Review of JetBlue Mint on the A321

Added choice for flyers based in New York

Depending on where you live or are headed in the tri-state area, you're going to want to choose your airport carefully. The three major New York-area airports, JFK, LaGuardia and Newark, each have their pros and cons.

At JFK, there's already plenty of competition on the premium transcon route. American, Delta and JetBlue all fly multiple daily frequencies between the coasts. At Newark, United's the only carrier with lie-flat seats to California. (LaGuardia doesn't have any transcon routes due to its perimeter rule.)

Along with the fact that Mint service from Newark should drive down the ticket prices, there's also the added convenience for anyone based in New Jersey or other points in tri-state area looking for more premium options closer to home. (Just remember that JetBlue flies from Newark's dated Terminal A.)

Related: JFK vs. LaGuardia vs. Newark: Which NYC airport should I fly into?

In response to JetBlue's Mint expansion, United will likely start feeling some competitive pressure. Aside from matching or lowering its fares, UA may decide to improve its offering to convince flyers to stick with the legacy carrier.

When I last flew from Newark to Los Angeles, I was disappointed by United's ground experience and limited inflight amenities. Maybe United will decide to admit premium transcon passengers into the Polaris Lounge. Likewise, UA could improve its amenity kit too.

Only time will tell how United responds, but the Chicago-based carrier will definitely be monitoring the developments closely.

Related: Comparing premium transcon flights in the age of coronavirus

Mint service from Newark is great news across the board.

For one, we'll likely see a fare war between JetBlue and United, driving down the prices in the market. Additionally, United may improve its offering in an effort to convince flyers to remain loyal. Mint also offers one of the best cabins for onboard social distancing, and Newark is a more convenient airport for lots of people based in the tri-state area.

All in all, of JetBlue's 30 new routes, I'm most excited about the introduction of Mint service to Newark.