This Is the Plane That Will Take JetBlue to London 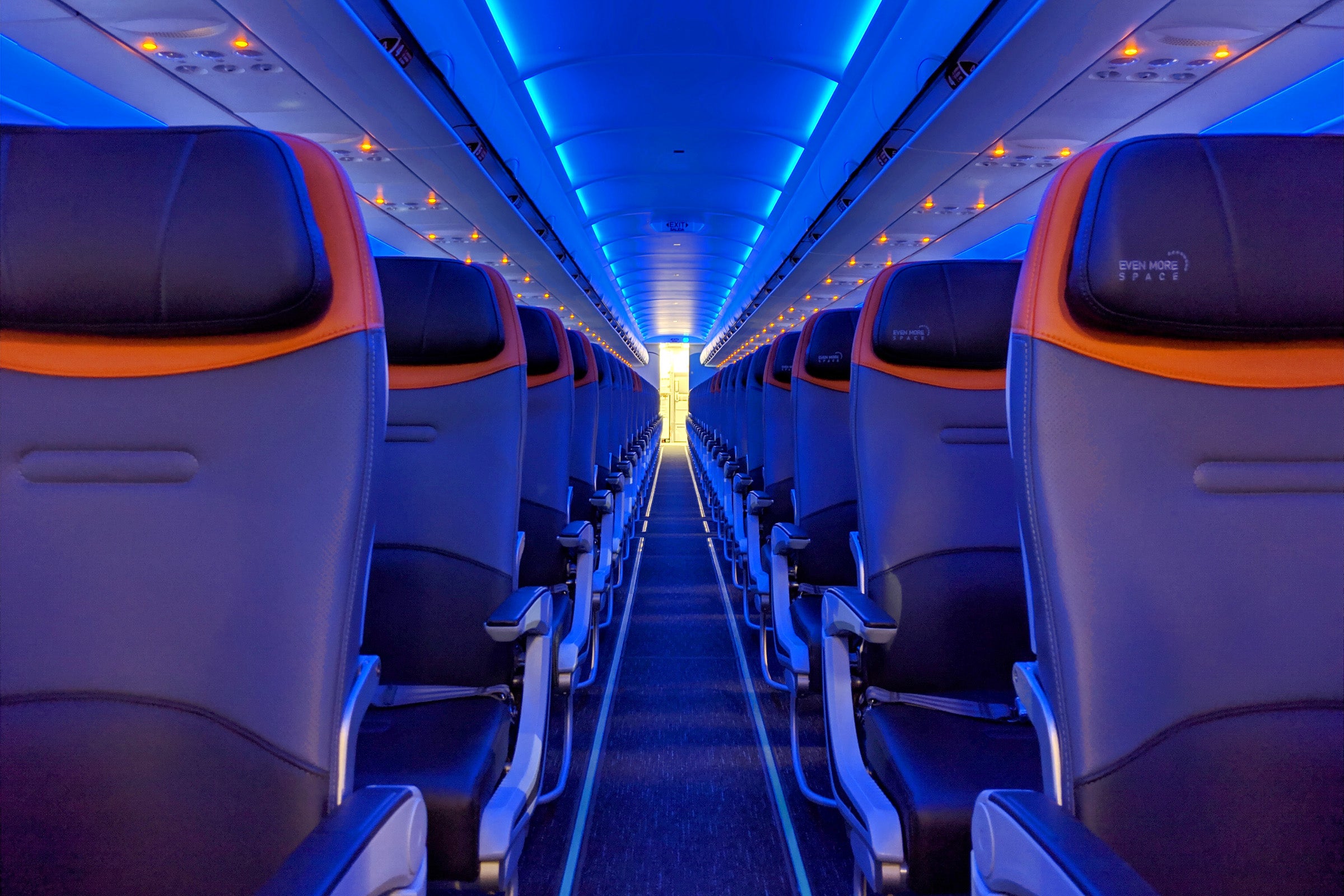 JetBlue is officially flying to London, starting in 2021 — and doing it on a brand new plane.

But before JetBlue makes its debut flight across the Atlantic, it will have to take delivery of the airplane that will make all that possible, one that's been designed specifically for flights from the US East Coast to Western Europe. Enter the Airbus A321LR.

The A321LR, LR short for "long range," is the longest-range single-aisle commercial jet in the world. It's more than that, though. It's also poised to take on a significant chunk of an ever-growing market: longer routes on narrow-body jets, so far the near-exclusive province of the Boeing 757, which went out of production more than 15 years ago.

Officially, it's called the Airbus A321neo LR, since it's an A321 with new, less thirsty engines — neo for "new engine option" — that increase the plane's range. But for brevity, everyone calls it the A321LR.

JetBlue has 85 A321neos of the standard-range version on order, with the option to turn some of those orders into LR models. Later this year, TAP Portugal will be the first to introduce them in service across the ocean, followed by Ireland's Aer Lingus. (Notice a pattern? The plane is perfect for shorter transoceanic legs, such as those from Portugal and Ireland.)

We already have an idea of what to expect onboard JetBlue's A321LR by extrapolating from the current fleet.

JetBlue has been operating base-model A321s for years, mostly on its flagship coast-to-coast flights out of New York JFK and Boston (BOS), as well as select flights to Florida and the Caribbean. These jets offer JetBlue's highly regarded Mint business class, featuring lie-flat seats and the only individual closed-door suites in the US domestic market.

JetBlue's Mint is our favorite domestic product flying today, and we have little doubt it would translate well to an overseas flight.

Nonetheless, JetBlue told us that they are planning on launching an entirely new "reimagined" product for the Pond-hopping A321LR subfleet — something that, in the words of CEO Robin Hayes, will feel like a "private airplane, but for a fraction of the price." With the undeniable success of the Thompson Aero seat currently used in the Mint cabin, the airline may feature the designer's newest seat, the Vantage Solo, featuring direct aisle access and a sliding door at each seat. Another hint: these new — unreleased — Thompson seats have been designed specifically for narrowbody jets.

As for economy, JetBlue is in the process of completing a major retrofit to its entire fleet of smaller Airbus A320s, and we've been quite impressed with what they look and feel like.

We expect A321LRs to offer something that either matches this revamped economy cabin or their existing A321 main cabin, including JetBlue's seatback entertainment screens and mood-lit cabins. Hopefully we'll see even more preloaded content considering JetBlue's trademark DirecTV streams do have trouble over large bodies of water (ahem — the Atlantic Ocean). Either way, it should shape up to be a very competitive product to London for what we anticipate, based on US cross-country fares, to be a reasonable price tag.

So, Why the New Plane?

The A321LR is the product of a larger trend in medium and long-haul commercial aviation. Here's why that matters:

Just as airlines have chosen Boeing 787s and Airbus A350s over larger 747s and A380s, they too are looking to fly single-aisle jets much farther than they were originally designed for. As a result, Airbus and Boeing alike have been working hard to increase the range of their popular narrow-body planes to make overseas flights not only doable, but actually profitable.

With planes like the A321LR and the 737 MAX, its currently-grounded rival, airlines are able to connect lower-traffic city pairs like Pittsburgh and Reykjavik, Providence and Edinburgh, and others with nonstop flights.

These airplanes are also instrumental in disrupting the existing transatlantic market where mega-airlines like United, American and British Airways have dominated. In other words, these planes make it possible to operate routes that didn't see nonstop service before, as airlines have been significantly constrained by having to use wide-body planes that are more expensive and require more expensive infrastructure. With cheaper operating costs and the ability to offer service on "thinner" (read: less trafficked) routes, some carriers can offer unprecedentedly low fares. Hence, the age of the long-range narrow-body is coming.

And for JetBlue in particular, the A321LR means the airline can actually fly overseas without having to invest in expensive crew re-training, gate modifications and more that comes with widebody fleet expansion if they were to start flying the A321's larger cousin, the A330, for example.

While the A321LR will unlock narrow-body overseas routes for Airbus, several airlines have even flying to Europe from North America on single-aisle jets for a few years. Carriers like Air Canada and Norwegian have been using Boeing’s own long-rang narrow-body, the 737 MAX, for shorter hops across the Atlantic. Even with a bit less range and passenger capacity than the Airbus product, the Boeing can cross the pond easily.

The now-troubled MAX has been designed to basically fly the same routes that this extended-range Airbus will, with a range of between 3,500 and 4,000 nautical miles.

What to put inside the plane is up to the airline. And while many airlines operating these new jets on long flights market them as ultra-cheap, no-frills shuttles, some are going the other way: Panama-based COPA is putting lie-flat beds in biz class on its 737s. So is FlyDubai, while TAP and Aer Lingus will do the same on their A321LRs. It's a safe bet that JetBlue will pack in some high-end amenities into its own LRs, at least at the front of the plane.

With JetBlue’s TPG Award-winning Mint product and strong Main Cabin experience, we’re betting JetBlue will have a winner on its hands, although it will face a really competitive market. The A321LR was tailor-made for airlines like JetBlue, and the new flights to London will show off the airplane's impressive chops.