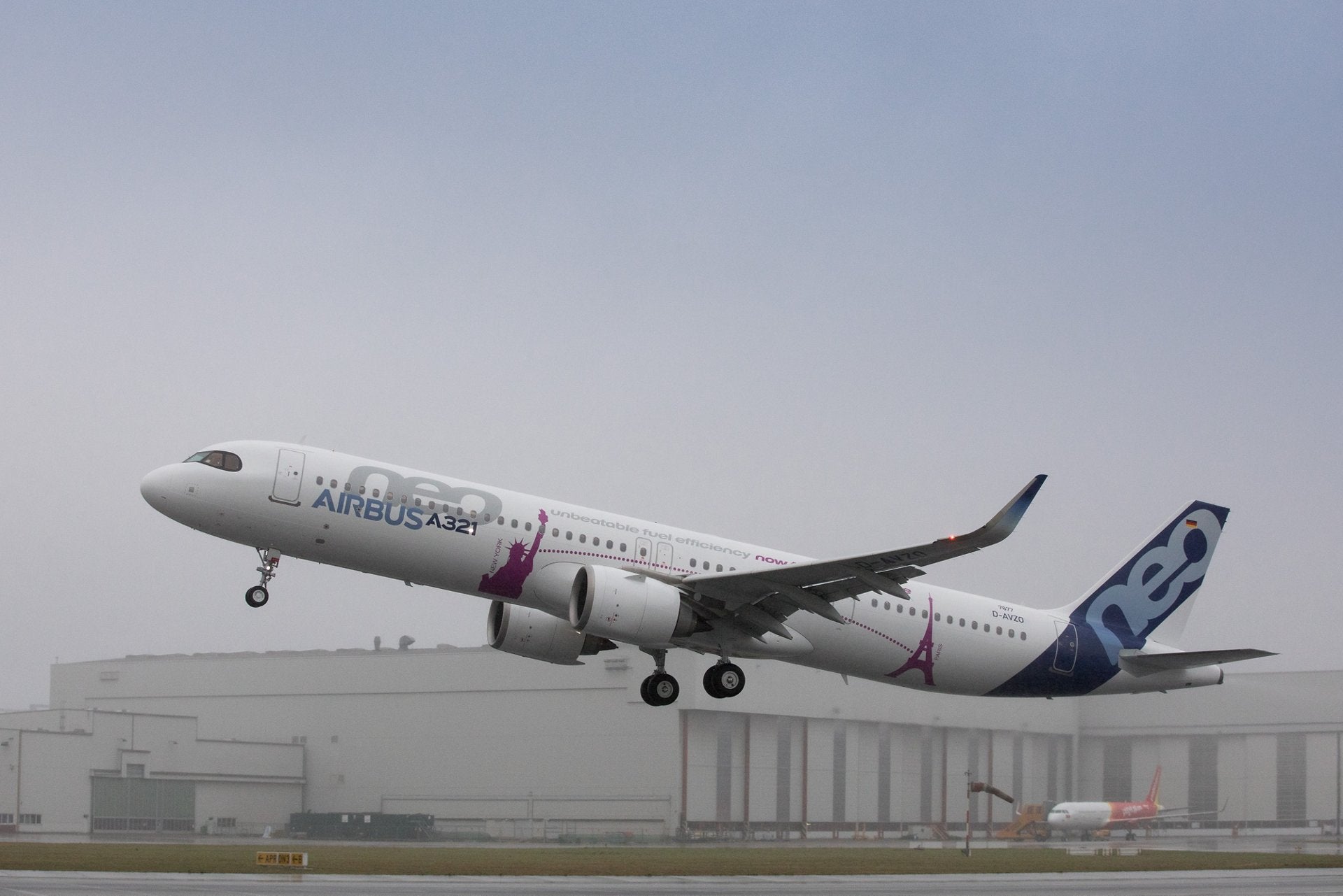 Why You Might Be Crossing the Atlantic Soon on the Airbus A321LR
This post contains references to products from one or more of our advertisers. We may receive compensation when you click on links to those products. Terms apply to the offers listed on this page. For an explanation of our Advertising Policy, visit this page.

There will soon be a new Airbus plane flying passengers across oceans — a new version of a single-aisle classic that's been around since the 1990s, but so revamped that it's now able to fly distances unimaginable for its earlier incarnations. That's the Airbus A321LR, for "long range," which Airbus markets as having "the longest range of any single-aisle commercial aircraft today." It can go up to 4,600 miles nonstop, enough to reach large chunks of the continental US from most European cities.

That range combined with the attractive economics of a lighter, fuel-efficient narrowbody might mean you'll see a lot of those new jets across the Atlantic soon. Nine airlines have ordered it so far. This is the plane that might finally get JetBlue to Europe.

Its full name is quite unwieldy — Airbus A321neoLR — but its ability to carry up well over 200 passengers at lower cost than long-haul twin-aisle planes is very attractive. Its first flew in January and received its US and European certification this month, paving the way for the first delivery in the very near future. Essentially it's an A321neo, like those flying for Alaska Airlines coast-to-coast in the US, modified to carry additional fuel tanks that give it an additional 600 miles of range.

The standard A321neo is already flying across the Atlantic, for example with WOW Air. The LR version's additional range would let airlines serve many city pairs that, so far, were not economical to connect with other aircraft. Some of these markets may be too small for even the smaller twin-aisle aircraft, while in some others, it may be frequency that the airlines are after. The A321LR also offers airlines the flexibility of testing new longer-distance markets without having to commit to investing in a dedicated long-haul fleet.

One area where the A321LR is expected to play a major role is the North Atlantic.

In an interview with TPG earlier this year, TAP Air Portugal boss David Neeleman said the A321LR would help the airline add frequencies from Lisbon to some key destinations in North and South America, complementing the airline’s fleet of twin-aisle A330s.

Another operator that may use the plane to open new markets on both sides of the Atlantic is Norwegian. Berlin, Prague, Budapest and Brussels as well as airports in the Washington, DC area were all mentioned recently as possible new trans-Atlantic destinations, for routes that the airline's 737 MAX does not have the range to cover.

Irish airline Aer Lingus may become the first to fly the A321neoLR with lie-flat business class seats across the Atlantic, as it uses the plane to add North American destinations. Pittsburgh and Montreal are the most likely candidates. Canada’s Air Transat, a leisure-focused airline, sees in the A321LR a replacement for the venerable A310 and an opportunity to expand in Europe.

The first airports to get the A321neoLR in North America will be Boston Logan (BOS) and Toronto Pearson (YYZ), where Air Azores will send its new LRs soon. The mid-Atlantic location of this airline’s hub means that all of Europe and most of North America is comfortably within range — and if Air Azores' plans come to fruition, the Azores will soon become even more of a destination.

Outside of the North Atlantic market, you'll find the LR with Kazakhstan's Air Astana. Flying from the middle of the Eurasian landmass, its LRs will be able to cover pretty much all of Europe, Asia and the Middle East.

Other confirmed operators are Air Arabia, with six of the type, Japanese low cost carrier Peach, which will use it to expand its medium-haul business outside Japan, and Qantas low-cost subsidiary JetStar, which has opted for a dense configuration and plans to deploy its A321LRs on leisure-oriented routes between Australia and Bali.

Airbus has currently 120 orders for the A321LR, but this number is subject to revision. The launch operator, low-cost carrier Primera Air, has just announced it is going out of business — coincidentally on the very same day the A321LR was getting its certification — but sources at Airbus said that quite a few airlines that already have A321neos on order have expressed interest in switching to the A321LR version.

Among those said to be considering the plane is Indian airline IndiGo, which made the headlines in 2014 when it placed what was then the largest aircraft order ever, for 405 A320neo-family aircraft. Some of these may now be converted to the A321LR, in order to serve Europe from secondary Indian markets.

And for aviation geeks on the lookout, there will be an easy way to tell an LR from an ordinary A321: It has only one door forward of the wing, instead of two.