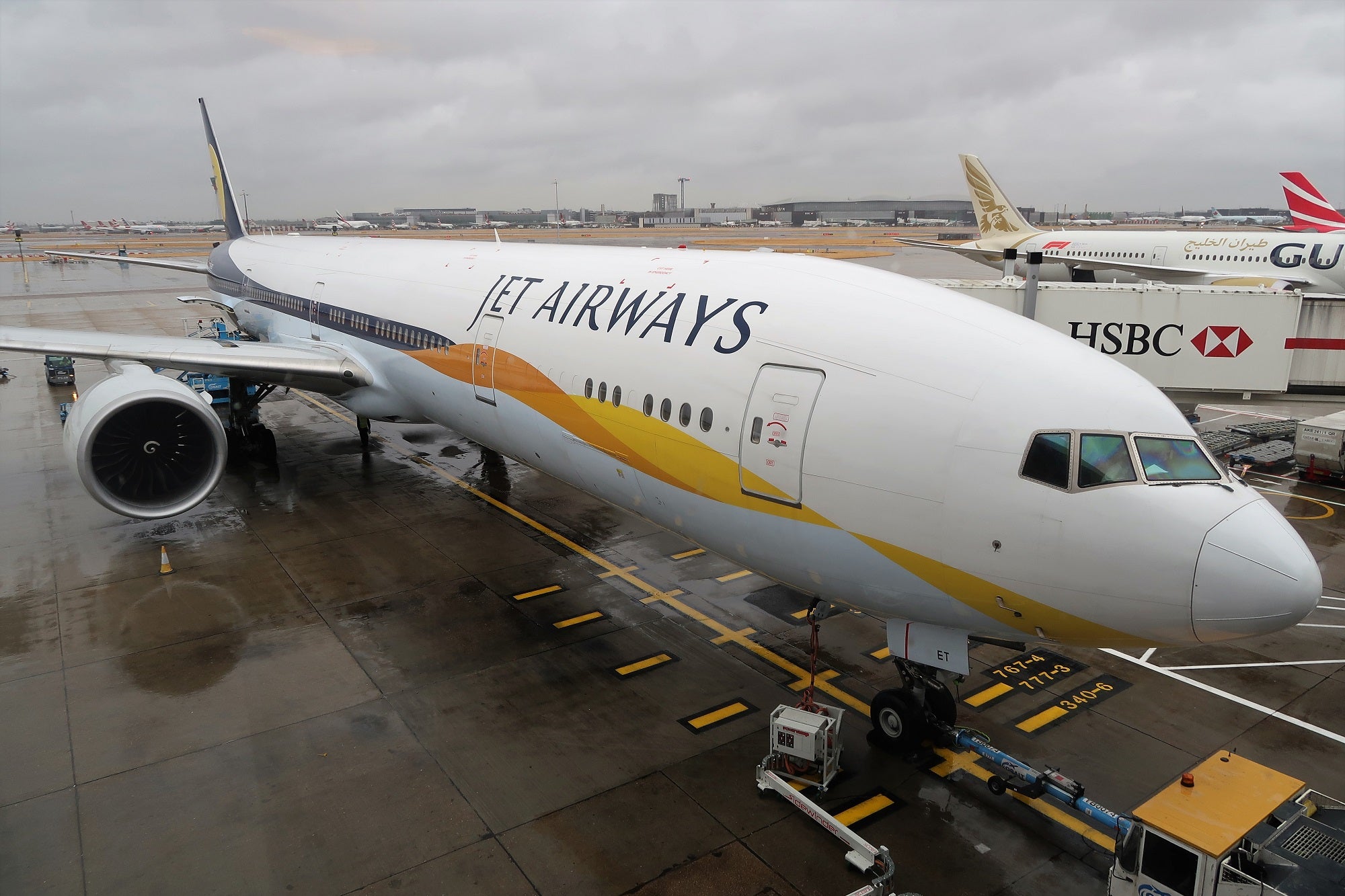 Jet Airways Cancels All International Flight and What to Do if You've Been Affected
This post contains references to products from one or more of our advertisers. We may receive compensation when you click on links to those products. Terms apply to the offers listed on this page. For an explanation of our Advertising Policy, visit this page.

India's Jet Airways has canceled all international flights for the next few days, raising fears that another carrier is in danger of losing it all. The airline said in a statement that it was nixing all flights from Friday through Monday, April 15.

Jet Airways is India's largest privately owned airline but carries more than $1 billion of debt. This lack of immediate liquidity has led to the cancellations. Reports indicate that the airline is only operating 14 aircraft after it had to ground 10 more planes due to missed lease payments. That's down from 123 aircraft just a few months ago.

Government officials pressured Indian banks in March to loan Jet Airways more cash to keep the carrier afloat, however financial institutions have only released a tiny part of what they promised the airline.

Despite the bleak situation, there's still a glimmer hope for the carrier: Etihad, Air Canada and India's national investment fund have submitted bids to invest in Jet, the Economic Times reports. Etihad already owns 24% percent of the carrier, and has a history of making poor investments in airlines like bankrupt Air Berlin and Alitalia, both which have contributed to huge losses for the carrier.

Jet Airways' London Heathrow slots have already been given to Etihad, who purchased the valuable real estate as part of the Etihad's 2013 investment in the carrier.

As we've reported with WOW Air as it started to show serious signs of financial weakness, be aware of the risks of purchasing a ticket with an airline that's on the brink of financially insolvency. WOW Air passengers were stranded across multiple continents when the carrier ceased operations.

If you do buy a ticket with the airline, make sure you use a credit card that comes with trip cancellation insurance and consider other third-party trip insurance.

And for those who've already purchased a Jet Airways ticket and have had a flight affected by the cancellations, you can initiate a chargeback or dispute with the issuer, as TPG‘s Ethan Steinberg recently advised one of our readers. “I spoke to representatives from both Chase and American Express on the phone,” Ethan wrote, “and while they couldn’t confirm the outcome of any such dispute, they said that paying for a service and not receiving it would give you a very strong case and good odds of getting your money back.”

If you had a Jet Airways flight departing from a European Union airport you may also be entitled to compensation of up to 600 Euros (~$680) per person under EU 261, the European Union’s bill of air passenger rights. The rule would require Jet Airways to get you to your final destination (if departing from the EU) or refund you the cost of your ticket.

TPG reached out to Jet Airways for comment but did not hear back by time of publication.