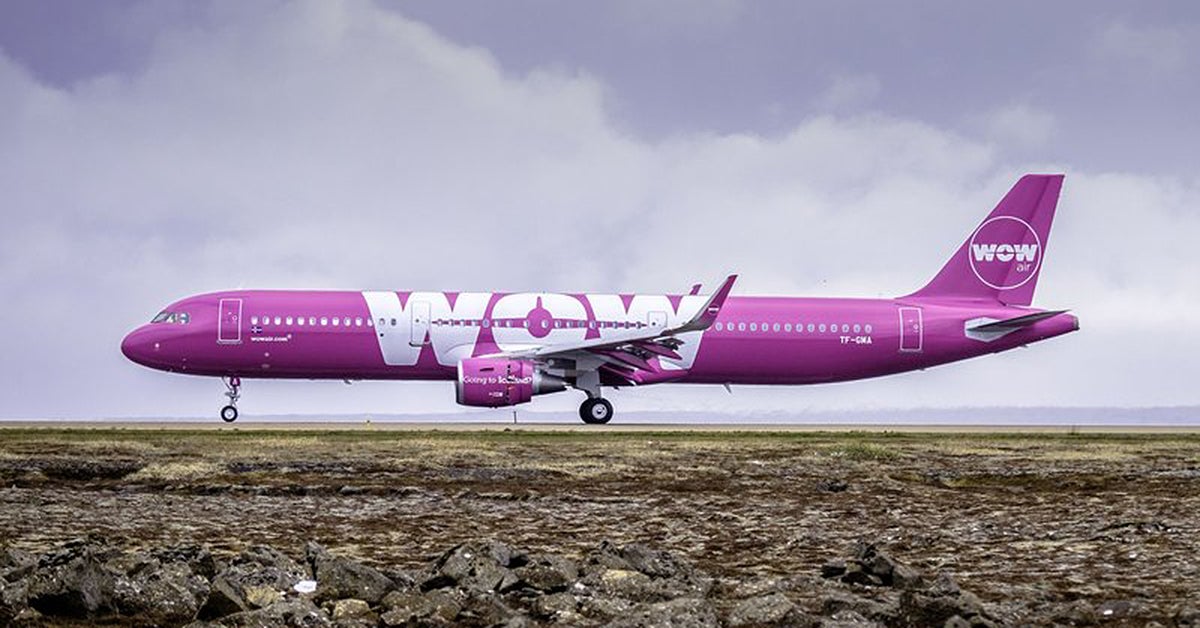 Is Wow Air About to Collapse? No Investors, Reported Plane Repossession Provide Bleak Outlook
This post contains references to products from one or more of our advertisers. We may receive compensation when you click on links to those products. Terms apply to the offers listed on this page. For an explanation of our Advertising Policy, visit this page.

It seems the time has finally come for Wow Air to face the financial music. [Update, 3/28/2019: WOW Air has ceased operations. Find our ongoing coverage of WOW Air's collapse, and what affected passengers can do about it, here.]

After a few months of buyout discussions with airlines and investors, the airline has no investors on the horizon to save it.

Known for its extremely cheap fares from the US to Europe (i.e. roundtrips under $200), the cash-strapped, ultra-low-cost carrier has been on shaky financial footing for months. Wow has been searching for a new investor to provide an infusion of cash, while cutting routes and selling aircraft to trim its costs at the same time.

Last week, a potential investor, private equity firm Indigo Partners, backed out of a deal to save the airline. Indigo has a track record of making bare-bones airlines, like Spirit and Frontier, profitable. Then Icelandair said it had a renewed interest in purchasing Wow, even though it had nixed a deal last year to consolidate with Wow, also Reykjavik-based. On Sunday, however, Icelandair disclosed that all discussions with Wow had ended and that a deal "will not materialize."

On the heels of this grim news, media reports in Iceland on Monday say that one of Wow's Airbus A321 aircraft, was repossessed before a passenger flight in Montreal on Sunday. Local media reports say that the owner of the leased aircraft committed the plane elsewhere after Wow breached the terms of its lease contract -- likely because of missed payment. Passengers were reportedly told the flight was canceled due to technical problems, and the airline sent another plane to operate the flight.

For the time being, Wow continues to sell its low fares between the US and Europe, so be aware when booking that the airline is likely on the brink of collapse. If you do decide to purchase a flight, use a credit card that comes with trip cancellation insurance and consider other third party trip insurance.

If you’ve already purchased a Wow Air ticket and the carrier ceases operations, you can initiate a chargeback or dispute with the issuer, as TPG‘s Ethan Steinberg recently advised one of our readers. “I spoke to representatives from both Chase and American Express on the phone,” Ethan wrote, “and while they couldn’t confirm the outcome of any such dispute, they said that paying for a service and not receiving it would give you a very strong case and good odds of getting your money back.”

You could also be entitled to compensation of up to 600 Euros (~$680) per person under EU 261, the European Union’s bill of air passenger rights. The rule requires airlines flying to destinations within the EU to get you to your final destination or refund you the cost of your ticket.

Our points-obsessed staff uses a plethora of credit cards on a daily basis. If anyone on our team wouldn’t recommend it to a friend or a family member, we wouldn’t recommend it on The Points Guy either. Our opinions are our own, and have not been reviewed, approved, or endorsed by our advertising partners.
See all best card offers
Related stories
News
Use this Amex Offer for a free meal worth $50 — or maybe more with referrals
Guide
The best ways to use your Chase 5/24 slots
Deals
Norse Atlantic deal: Fly to Europe for as low as $129 one-way
News
First ticket draw for the 2024 Paris Olympics has closed, but you have a second chance in March