Articles
Andrew Kunesh is a senior editor at The Points Guy covering loyalty programs. He's been a miles and points fanatic since 2014 and previously wrote for Upgraded Points and Credit Karma. Outside of the travel world, Andrew is a cyclist, craft coffee aficionado and — despite now living in NYC — a Chicagoan at heart.
Follow
Aug. 03, 2020
•
5 min read 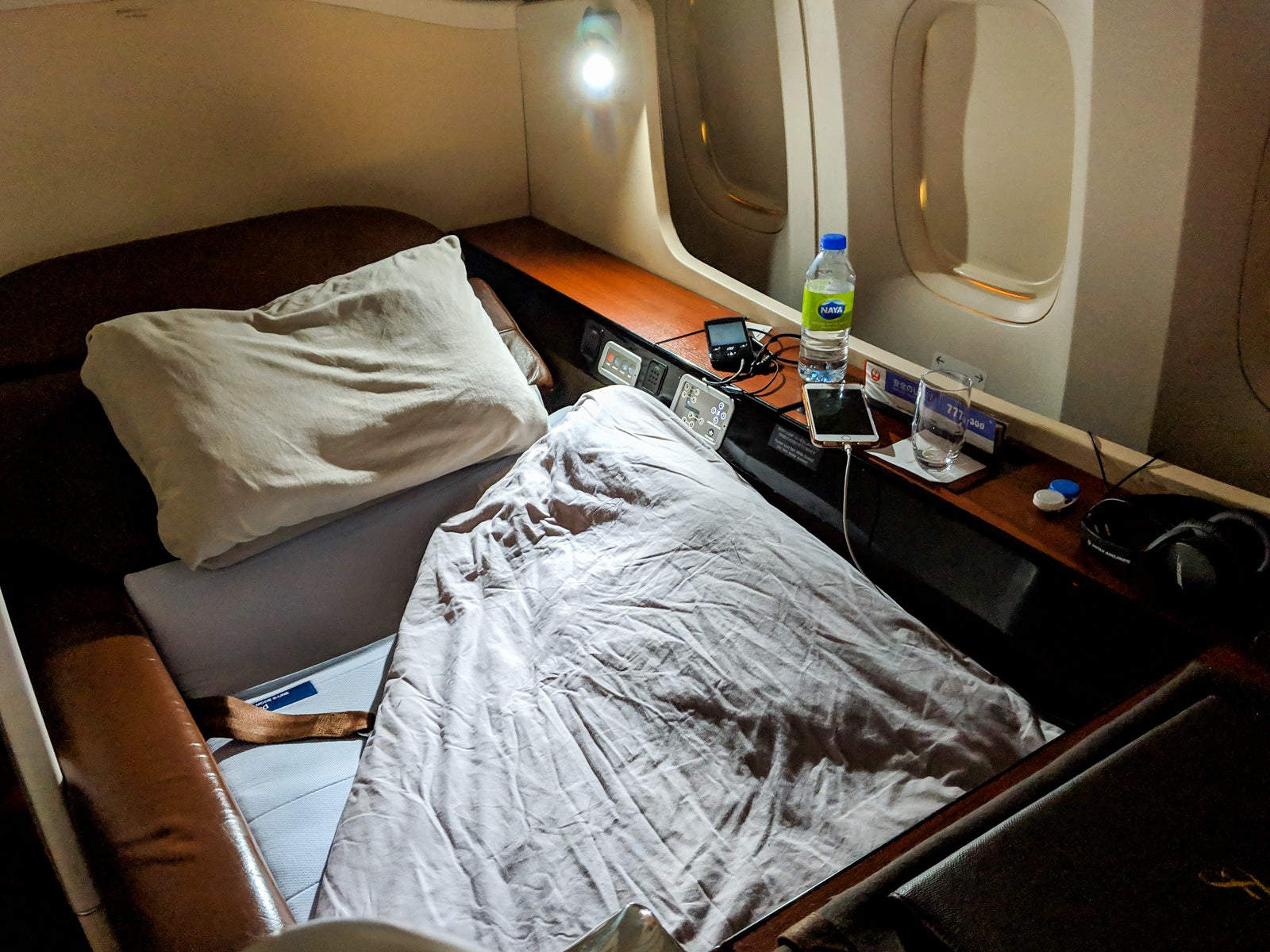 Something strange is going on with Japan Airlines award tickets. Last week, the TPG team was unable to book Japan Airlines (JAL) first-class tickets with partner miles. This includes American Airlines AAdvantage, British Airways Avios and non-alliance partner Alaska Airlines Mileage Plan. In the case of American, over a month's worth of JAL first-class availability showed online, but the website gave an error when attempting to book.

The cause of this error

For now, the phantom award space problem seems to be limited to American Airlines. We cross-checked award space we found on AA.com with other partner airlines and didn't find anything. Interestingly, the British Airways Avios search engine shows "Class not operated" on these flights despite being operated by JAL's first-class equipped 777.

Further, we called Alaska Airlines to attempt to book a ticket showing on American's website. The agent told us that she was unable to book the ticket since it wasn't showing on the Alaska website. We cross-checked this with a representative on Alaska's text message support line and were told the same.

This leads us to believe that this issue is mostly caused by partner websites not understanding that Japan Airlines' first-class booking code changed. In the case of American, its website may be showing phantom award space because the Z booking class could have been repurposed for another fare with available seats.

When asked about the issue, American acknowledged this is a known issue with its booking engine, saying: "We are currently working on a technical solution to fix the issue but do not have a specific timeline on when it will be resolved." The airline also confirmed that available JAL tickets are bookable over the phone.

Related: A review of Japan Airlines in first class from New York to Tokyo

Does this signal the end of partner JAL redemptions?

My initial concern with Japan Airlines switching its booking code was that Japan Airlines was going down the same path in early 2021. After all, JAL has one of the better first-class products out there, so restricting awards would incentivize people to earn JAL Mileage Bank miles in lieu of redeeming partner miles.

Thankfully though, this doesn't seem to be the case. We searched JAL's website for first-class award space and found an open first-class seat from New York-JFK to Tokyo-Haneda (HND) on May 27, 2021. This ticket was indeed bookable on the American Airlines website, though it didn't show on British Airways or other partner websites.

Further — when we reached out to JAL for comment — we were told that it would be sent to the airlines' "IT and mileage teams for an investigation." We think this is a good sign too. If this is indeed an error, we should see first-class award space return to partners once resolved.

It's concerning to see such a wide-spread issue with Japan Airlines first class. Not only is this confusing for anyone booking post-coronavirus travel, it raises concern that JAL could make it more difficult for partners to book first-class tickets in the future. Only time will tell, but it looks like this is simply a glitch in JAL's booking system.

That said, it will be interesting to see if there are repercussions to JAL changing its first-class booking code. We'll keep an eye on fluctuations in the number of available seats going forward.

Related stories
Chasing American Airlines elite status? Here are 14 ways to earn Loyalty Points
Fly to Greece from multiple US cities for less than $700
American Airlines restores free 24-hour hold option
Holiday airfare is rising: What to know if you haven’t booked yet
Featured image by (Photo by Samantha Rosen / The Points Guy)