What to Do When Available Awards Aren't Bookable 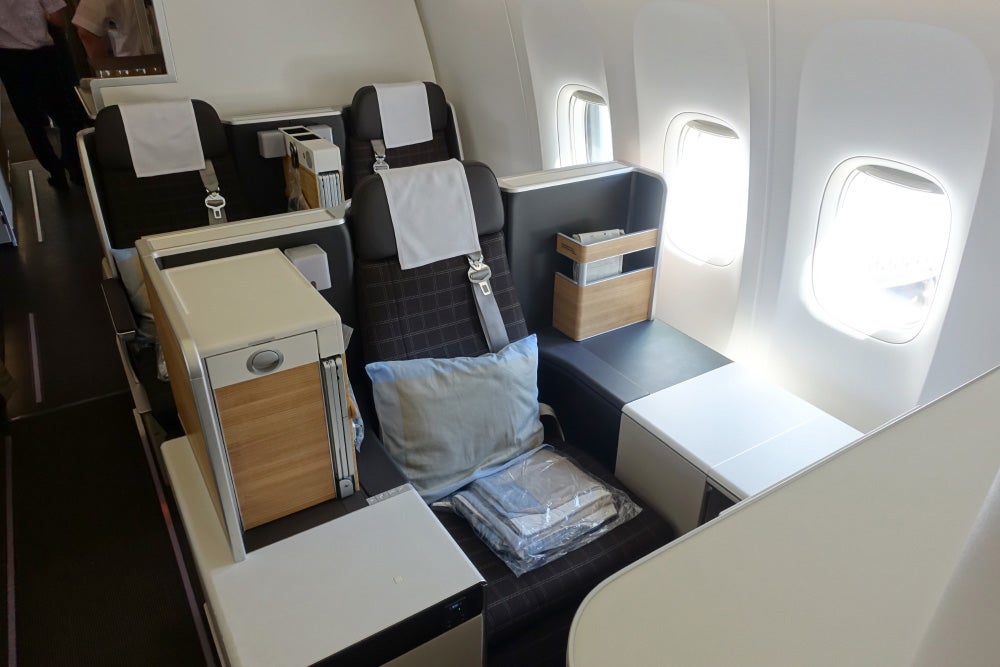 If you've been involved in the points and miles hobby for a while, chances are good you've had the horrible experience I had earlier this month. You find that perfect award availability, transfer your hard-earned points from programs like Chase Ultimate Rewards or American Express Membership Rewards, and then go to book... only to find that the inventory is no longer there! Today I want to go through some strategies for handling these situations to ensure that your trip plans don't grind to a halt.

The inspiration for this post came from the recent issues with Aeroplan being unable to book certain partner airlines (namely Air China, Avianca, Copa and SWISS). I was planning a trip to Europe and found three business-class award seats on SWISS' nonstop flights from Zurich (ZRH) to Miami (MIA) on my ideal dates. I transferred some Membership Rewards points along with 20,000 SPG points. While the Amex points arrived instantly, the Starpoints took a few days, and when they finally posted to my Aeroplan account, the issues preventing SWISS awards from being booked had returned.

While Aeroplan has apparently resolved the problem with SWISS awards, allowing me to finally confirm my flights, I've seen this happen with other carriers in the past. So what should you do if you find yourself in a similar situation? Here are some of my suggestions in the order in which I'd recommend using them:

Verify Availability With Other Sites

The first thing you should do if your award inventory suddenly disappears is to verify that it is (in fact) still there and is not phantom award space. One of my favorite ways to do this is by using ExpertFlyer, an online, subscription-based tool that displays a wealth of information on both paid and award tickets across dozens of airlines. I love that I can set up alerts for when awards open up, and the site recently expanded to include 100% coverage of SkyTeam carriers.

Of course, you can also use individual airlines' sites to verify award availability. Here are some of my favorites:

Just keep in mind that not all award space is created equal, as certain airlines may restrict inventory in one way or another. For example, Singapore Airlines typically releases long-haul first and business class awards only to members of its KrisFlyer program, and when you're outside of these "traditional" alliances, there may be fewer award seats available (like Alaska not having access to the same Cathay Pacific inventory as Oneworld partners). However, if you're looking to redeem miles from one alliance member's program on another alliance member's flights and have verified with at least two other sites that the inventory is legitimate, time to move onto the next step...

Call to Book Over the Phone

After I verified the award inventory with United, ANA and ExpertFlyer, the next thing I did when I encountered this issue was to pick up the phone and contact Aeroplan's help center. Oftentimes award tickets not appearing online stem from a problem with the search or booking engine, though in some cases you need to call for any flight. For example, if you've used the British Airways search tool to find a Cathay Pacific first-class award ticket and want to redeem AAdvantage or Alaska miles for the flight, you have no choice but to call, since neither carrier's site shows Cathay Pacific inventory.

If the agent is able to see and book the award ticket, be sure to ask about waiving any online phone booking fee. I've generally had success avoiding this fee when the ticket isn't bookable online, though some airlines (or agents) aren't willing to budge. Ultimately, paying a $25 fee for a fantastic award redemption isn't the end of the world!

Of course, the first-line phone agent may not be able to help, at which point you should move to the next step...

Escalate to a Supervisor

Generally speaking, I've found that many agents to whom I initially speak lack a willingness to go beyond what their computers are telling them. If you encounter someone like this, respectfully ask to speak to a supervisor. When I did this with my Aeroplan issue the first time around, I was transferred to a very capable manager who initially told me about the issues Aeroplan was having communicating with SWISS' reservations system (something the first agent hadn't shared). These individuals are typically more experienced, better informed and more willing to work with you to figure out how to solve the issue.

(Side note: Having immediate access to top-notch phone agents is an intangible yet very valuable benefit of holding airline elite status.)

When I expressed my frustrations with having 165,000 miles that I suddenly couldn't use, the agent actually went to the next step without me having to ask.

Request That the Agent Check Directly With the Carrier

When an airline's program can't confirm an award ticket using its computer system, you may have luck asking the supervisor to check directly with the operating carrier of the flight to confirm the redemption. You'll often see this referred to as a "manual sell" or "long sell," as you're asking the agent to circumvent his/her internal system to book the award. Since this is a manual process, it can take additional time, and you won't always find agents who are willing to do it. Nevertheless, it's always worth a shot, and it's what eventually got the SWISS ticket issued for me.

Along these same lines...

Every alliance or partnership between airlines has liaisons to coordinate these agreements and ensure that they are being implemented smoothly. In the past, I've utilized this mainly for schedule changes. My favorite example was when I had a Cathay Pacific first-class award ticket booked with AAdvantage miles and Cathay downgraded its flight from Toronto to Hong Kong (on which I was booked) to a plane without a first-class cabin. When I contacted American and noted the problem, they weren't willing to make any changes, but when I asked the agent to contact his Oneworld liaison to request first-class space on a New York-JFK to Hong Kong flight, we were accommodated within a few days.

Unfortunately, this isn't a fool-proof plan, as ultimately the operating carrier of the flight can refuse the request for the award ticket. While this can be frustrating, there may be another way to get to where you need to be...

Ask That They Open Up Awards on Their Own Metal

Even though the program through which you are booking can't "force" a partner to accommodate you on its flight(s), that carrier does have some added flexibility when it comes to flights on its own aircraft. If working directly with the operating carrier and alliance liaison doesn't work, request that the agent open up award seats on its own flights. Be prepared to initially be told no, as airlines typically don't want to free up seats for award tickets that could be sold (especially in premium classes). However, if the carrier has acknowledged that there is some type of issue, you may have luck pursuing this route.

If you're still getting nowhere...

Have a Back-Up Plan

Flexibility is key in this hobby, whether it's the versatility offered by transferable points or the ability to travel on multiple dates or out of alternative cities. This is key when an airline isn't allowing you to book on certain partners or when award inventory on your desired date/airline/routing suddenly disappears. I (personally) like starting with the route maps of the three major alliances to identify different routes that could get me to (or close to) my final destination. Here are links for each:

For example, since I'm looking to use Aeroplan miles to fly from Europe to Miami, I can see that Austrian flies nonstop from Vienna to Miami and Lufthansa flies nonstop from both Munich and Frankfurt to Miami. I can then search for these award tickets on individual sites or using ExpertFlyer. Remember too that you could always lock in a less-than-preferred award ticket and then set alerts to notify you if or when a better routing opens up. You may still have to pay a change fee, but if you can switch from a connecting flight to a nonstop one, it could be worth it.

Finally, when all else fails...

Request a Reversal of the Transferred Points

This final strategy is one that I have never tried and is honestly one I've never even considered. When you transfer points from programs like Ultimate Rewards or Membership Rewards, they are typically final and can't be reversed. However, when I was speaking to the Aeroplan supervisor, she proactively suggested that I could request the points be refunded back to American Express and SPG (and even added a note to my account along those lines). I'm a bit wary of her use of the word "request" in the above statement, and I'm confident I'll eventually be able to book something with the Aeroplan miles I now have, but if there is an actual problem with the program not being able to book award tickets, you can make a good case for why you deserve the points back.

It can be incredibly frustrating when your travel plans are interrupted or at least put on hold due to an airline's inability to book award space that is clearly available. One of my biggest mottoes in this hobby is, "Knowledge is power," and I've used that before when the Park Hyatt Paris-Vendôme was not following the rules when it came to award rooms. If an airline is playing a similar game and preventing you from booking flights that you know are available, hopefully these suggestions will help you lock in that next trip!

Have you used any of these strategies before?