Articles
Summer Hull , aka Mommy Points, ran the Mommy Points site for families who want to travel more for less using miles and points for seven years. She now heads up a variety of special projects at TPG when she isn't exploring the world with her own two girls.
Follow
March 20, 2022
•
6 min read 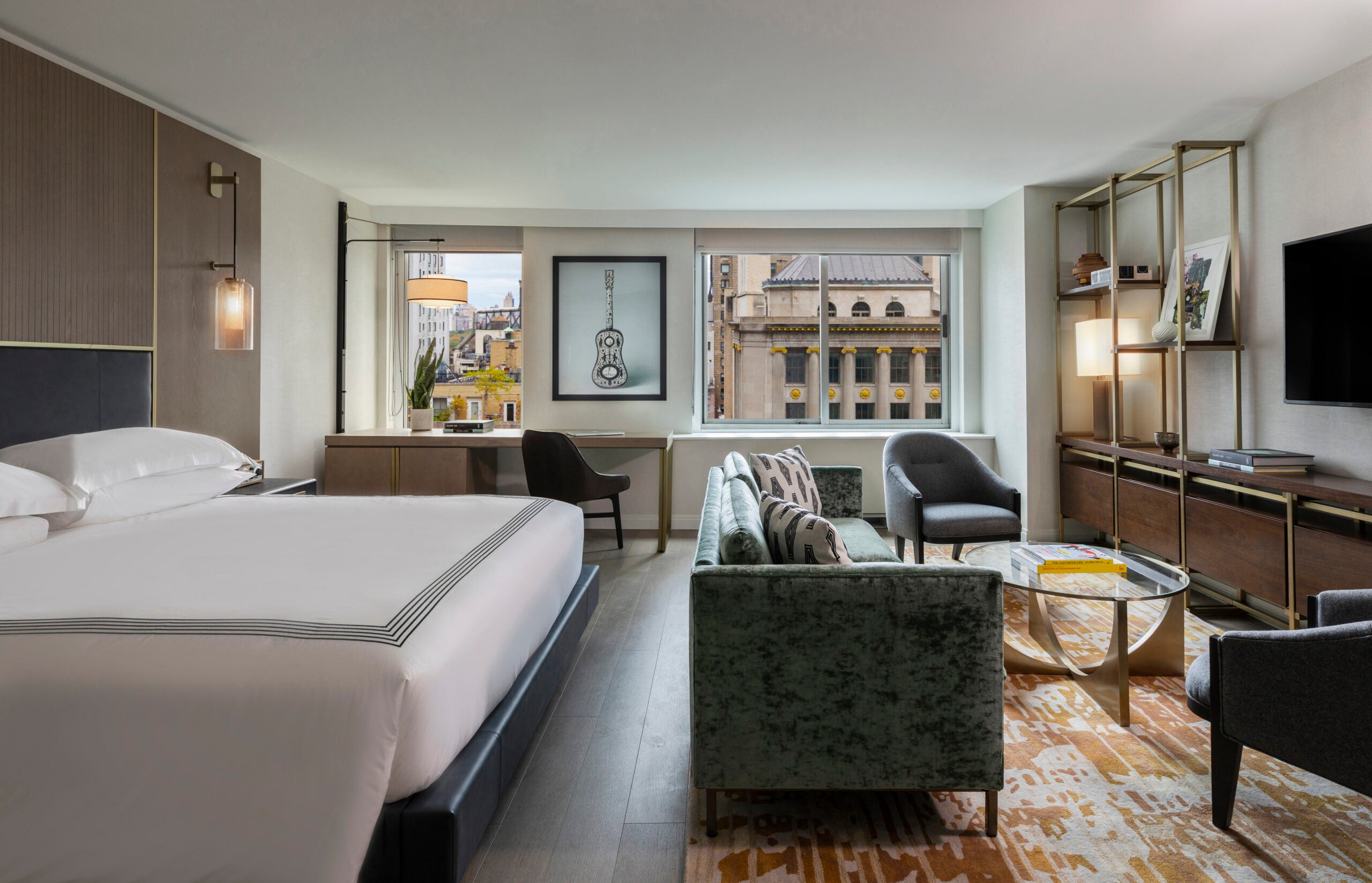 TPG-Update: Some offers mentioned below are no longer available.

As we've shared a number of times, the award price for a number of World of Hyatt properties is changing early next week, effective March 22. The TPG points and miles team has shared the Hyatt properties they are locking in before that happens, and I strongly encourage you to take a look at those stories so you don't end up spending more points than necessary.

But there's one more somewhat related Hyatt limited-time opportunity that deserves its own spot in the internet sun.

By combining an award discount available to those with a World of Hyatt Credit Card -- and booking stays at Hyatt's cool-kid Thompson brand before the new category changes take effect -- you can lock in some pretty solid deals that we probably won't see again in some cases.

Here are some properties you can book for less for travel from April 1 to June 5 this year if you stack deals and move quickly.

First, here's some info on how the 20% rebate on Thompson award stays works.

Those with a World of Hyatt Credit Card or the World of Hyatt Business Credit Card can get a 20% rebate on award stays at Hyatt's Thompson brand if they register for the promo by April 30 and book an eligible stay that takes place from April 1 to June 5. Hyatt has run these award rebate promotions for cardholders in various flavors in previous years, so it's not a new concept.

But this time, the offer happens right before some of the eligible properties get pricier on points, making this an especially good time to lock in some spring travel plans. There is a max of 30,000 rebated Hyatt points per transaction.

Here's a sampling of how this discount can play out to score you some better than average deals.

Related: Guide to the World of Hyatt award program

Gild Hall was a bit of an oddball for Hyatt in NYC in that it was a Category 4 Hyatt property -- which is lower than the rest of the NYC Hyatt hotels. However, it's going up to a Category 5 on March 22, so time is almost up to snag it at current award rates.

But before that increase happens, you could not only lock in stays at the current award rate of 15,000 points for a standard night, but also stack the 20% rebate if you meet the criteria for the cardholder promo. While Gild Hall typically doesn't get the highest marks among the NYC Hyatts, booking it for just 12,000 points effectively per night after the rebate isn't a bad deal at all.

Formerly known as the Parker New York, this Manhattan property has been getting a 'glow up' as it has recently debuted as the Thompson Central Park New York.

But, just like its Thompson cousin Gild Hall, this hotel is also going up a category next week. The Thompson Central Park will jump from a Hyatt Category 5 to 6 meaning that standard dates go up from 20,000 to 25,000 points per night.

However, if you book before March 22 and stack the 20% points rebate for Hyatt cardholders, you can effectively get rooms starting at just 16,000 Hyatt points per night.

Related: Book this, not that NYC hotel edition

The Cape, a Thompson Hotel

While it isn't slated to go up in category next week, The Cape, a Thompson Hotel in Cabo San Lucas is still an interesting spot that you could book using this Thompson promo for an effective cost of as low as 16,800 points if you can snag an off-peak night this spring and stack the 20% points rebate.

Normally, nights here cost from 21,000 - 29,000 Hyatt points per night. Its location right on the water (and with gorgeous bathtubs) could make it one to prioritize locking in for fewer points than normal.

One of the newer Thompson properties that opened in early 2022 is the Thompson Austin. This spot is located in the heart of Austin on San Jacinto Boulevard. Like several others on this list, award rates are usually 21,000 - 29,000 points per night, but with a 20% rebate on the off-peak nights, you'll spend as few as 16,800 Hyatt points per night if you can layer the promo.

If these aren't the right hotels for you, you'll also find Thompson properties in San Antonio, Washington, D.C., Hollywood and beyond.

You can find the full list here. While getting 20% of your Hyatt points back on Thompson stays is a niche promo, it can also be a pretty rewarding one -- especially if you use it while beating next week's Hyatt category changes at the same time.

Featured image by Thompson New York (photo courtesy of Hyatt)
Editorial disclaimer: Opinions expressed here are the author’s alone, not those of any bank, credit card issuer, airline or hotel chain, and have not been reviewed, approved or otherwise endorsed by any of these entities.