4 Ways You Can Help TSA Agents During the Government Shutdown

Articles
Alyssa Cerchiai rounds up the top travel stories each week and covers news on the weekends. If you catch her at the airport, she’d happily guest you into the lounge as a proud authorized user of her dad’s Platinum Card by American Express.
Follow
Jan. 22, 2019
•
4 min read 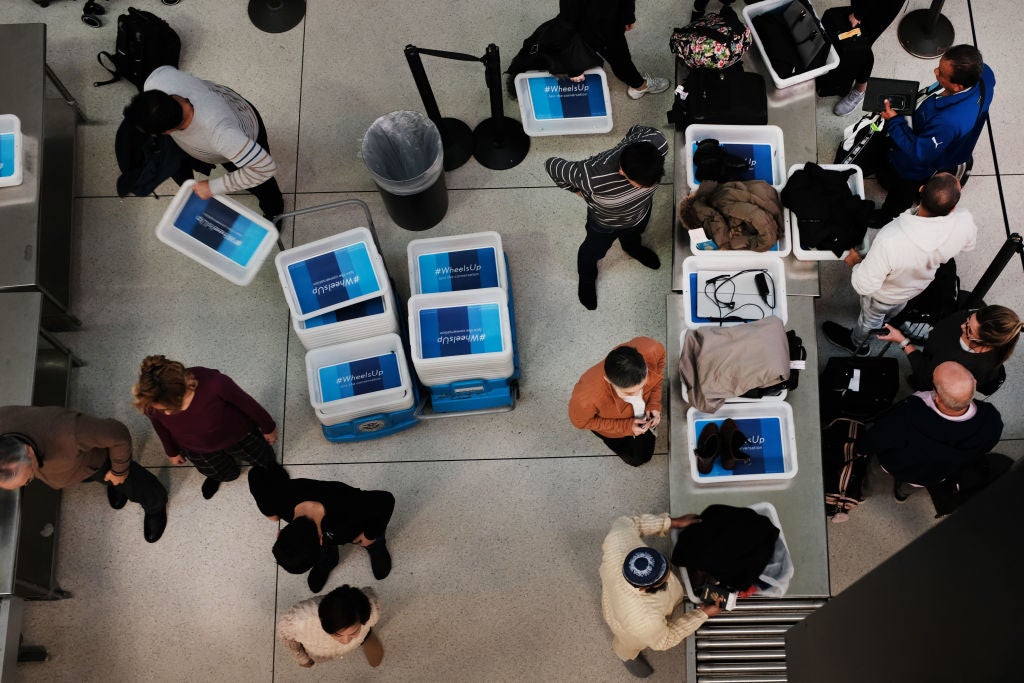 Throughout the past few weeks, frustration has plagued US airports in response to unnecessarily long security lines brought upon by the current government shutdown. However, travelers aren’t the only ones affected by the shutdown as it enters the day 31, officially the longest on record. Air traffic controllers and TSA agents nationwide are being forced to work without pay while the shutdown persists.

Despite the fact that agents will be compensated for the hours worked when the government reopens (with some airports even offering overtime pay for agents who show up to work), the lack of compensation has caused financial distress for several TSA agents for the time being, even causing many to search for other jobs that will provide immediate financial relief. That's why federal government workers’ attendance is an immense display of their dedication to travelers’ safety.

The silver lining is that communities have started chipping in to support furloughed workers, airport workers included. The Port of Seattle is accepting donations to federal workers during the shutdown and has set up a station with the following directions:

“You may bring non-perishable food and gift cards between 7:30 a.m. and 5 p.m. to a donation area outside the Seattle-Tacoma International Airport (Sea-Tac) Conference Center reception area, on the south end of the airport’s mezzanine level. We will distribute items daily. Cash and checks are prohibited.”

Additionally, as posted in the TPG Lounge, one woman reached out directly to the Phoenix TSA to see if she could donate anything when traveling next week and received the following response directly from a TSA Human Resources employee:

A spokesperson for The Port of Portland confirmed the information in the following email to TPG:

"We have bins at Portland International Airport collecting donations of perishable and non-perishable food plus gift cards. We are not able to accept cash or cash equivalent, like bank cards. More than a dozen businesses in the airport are also joining with us at the Port of Portland to provide meals at work for federal workers."

Here are a few more ways you can help:

Since food is an immediate necessity that benefits agents, many people have contributed to food pantries, which TSA agents can visit in need of relief. As mentioned, airports such as Seattle-Tacoma Intl. (SEA) have set up donation boxes where one can donate non-perishable goods. Allegiant Air and McDonalds have even chipped in, providing meals for TSA agents. Call your local airport to find out what donation options are available in your area.

Nothing would help TSA agents more than an end to this shutdown. Calling your local representatives in Congress is one of the most effective ways to make your voice heard. You can find contact information for your representatives here.

More than 2,000 campaigns have been launched on the crowdfunding platform, raising more than $500,000 for affected federal employees. As long as you've vetted a campaign to your own comfort level, websites such as GoFundMe are a great way to directly benefit agents who are in need during this time.

While many travelers seem to be aggravated by the potentially long lines, being kind and gracious toward the agents who are working to expedite you through security is a necessity. They are the ones keeping us safe, and a little respect by way of a smile and a thank-you goes quite a long way.

With the shutdown showing no signs of ending anytime soon, it’s natural to expect travel issues. Unfortunately, these rampant delays may become worse as the time since TSA agents have received their last paycheck grows larger. Regardless, lending a helping hand makes this troublesome period a little more tolerable to those with whom we entrust our own security.

Do you know of other ways to help furloughed employees? If so, please comment below.