Articles
Jordan Allen has produced content for TPG on everything from travel trends to flight deals.
Follow
Jan. 18, 2019
•
4 min read 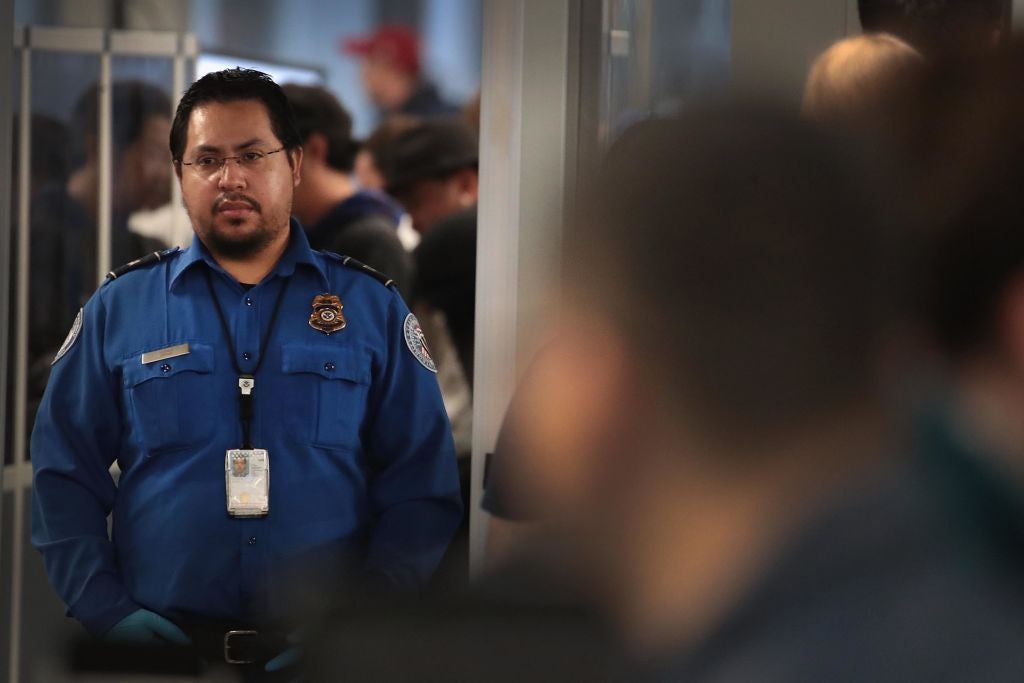 In an effort to boost countrywide morale, people throughout the US have been posting acts of gratitude on social media for the unpaid TSA workers. These acts of kindness have been coming in many forms, ranging from organized food drives by nonprofits to simple gestures made by individuals.

For example: Normally, the non-profit "Doing Our Part" food truck parks outside of schools to feed hungry children during breaks. However, on Thursday the truck parked outside of the Bush Intercontinental Airport in Houston to offer TSA agents free food. While there, more than 300 lunches were given out.

Free food and food drives have been a popular way in which people are showing gratitude for the unpaid government workers, as it is illegal to directly tip TSA agents. Yesterday, St. Louis Lambert International Airport received food donations from HMSHost, an airport food-service company. And today, McDonald's donated meals to Pittsburgh International Airport. Even celebrities have been pitching in, with members of the band KISS offering free meals at their Rock & Brews restaurant in El Segundo, California.

As for individual efforts, people have been going above and beyond merely tweeting their thanks. Some have directly donated money and some have offered up home-cooked meals.

One of the many plights furloughed government employees have been facing during the shutdown is the inability to afford basic necessities like food for their family, pay bills, buy gas and public transportation. While not a fix to everything, the city of Philadelphia has decided to step in and help out by permitting all uniformed TSA workers to travel for free on the SEPTA system to and from the Philadelphia International Airport (PHL).

ATL is in prep mode for the big event — and with the addition of the government shutdown, it's not going to be easy. At a transportation committee meeting, ATL General Manager John Selden said that the airport is expecting 110,000-115,000 passengers on Feb. 4, the Monday after the game. To remedy this, the TSA plans on flying in 120 agents, 12 additional dog teams and additional technical support.

"We are hopeful the shutdown will be over by then," Selden said. "They (TSA) are ready to support the event, but that morning will be a challenging morning. If we are at 100 percent staff with 18,000 volunteers, I think we'll do an outstanding job, but we cannot control the sick callouts of TSA and Customs and Border Protection."

Thanks to a $83,500 grant via Delta Air Lines, Martin Luther King Jr. National Historical Park in Atlanta will reopen despite being closed since the onset of the government shutdown. The grant is enough to maintain the park for 16 days, stretching just long enough not only the eponymous holiday but also for those visiting Atlanta for the Superbowl on Feb. 3 to drop in and pay their respects to the late civil rights activist.

Other national parks that chose to remain open during the shutdown have been jumping some interesting hurdles throughout the past four weeks. Funding for the Statue of Liberty and Ellis Island is now coming directly from New York State, Yosemite Park had to close certain campgrounds due to an overflow of garbage and human feces, and people have, for whatever reason, been damaging the Joshua trees in Joshua Tree Park.

Related stories
11 of the most scenic train rides on Earth
Marriott Bonvoy Bold credit card review: Earn 60,000 bonus points with no annual fee
Sweet Spot Sunday: Booking low-cost flights to and around Canada with Aeroplan
Use IHG Rewards Dine and Earn to earn extra points for your next vacation
Featured image by Getty Images