Articles
Nick Ellis joined The Points Guy in 2016 as an intern and is now Reviews Editor, primarily responsible for arranging, writing (some of), editing and publishing reviews of hotels and airport lounges along with helping manage, write and edit travel content.
Follow
March 20, 2020
•
6 min read 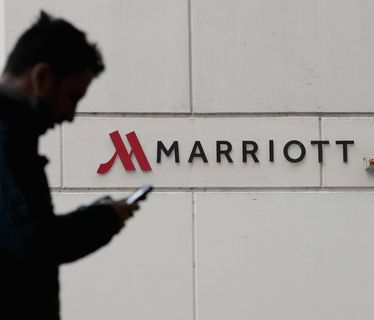 The hotel industry -- like just about every other sector of the economy -- is suffering greatly from the essentially nonexistent demand for travel as a result of the coronavirus pandemic.

Predictably, as a result of the collapse in travel worldwide, hotels are seeing dramatic decreases in occupancy rates, average daily rates and revenue per available room (RevPAR). The drop in demand is having a real-world effect on businesses across the industry, with Marriott having already announced temporary layoffs of tens of thousands of workers in hotels across the world -- from management level to housekeepers.

On March 19, Marriott held a call for investors featuring its president and CEO Arne Sorenson and Ms. Leeny Oberg, Marriott International's executive vice president and chief financial officer. These executives painted a picture of a company that is making big changes at the hotel and corporate levels to weather this crisis.

From its latest update, it seems the world's largest hotel chain is using learnings it has acquired from past economic downturns and hopes to emerge from this current crisis stronger than before, but it will not be easy. There will be a lot of pain to endure in the short- and medium-term.

There's no way to sugarcoat it: Things are currently grim for Marriott and all hoteliers. As Sorenson said on the call, the chain is seeing occupancy rates in North America at under 25%, down from about 70% last year. And, things will get worse before they bottom out and eventually improve.

In mainland China, occupancy rates were as low as 5 and 6%, and in Macau, occupancy got as low as 2% at the peak of the crisis in those locations. As China begins to cautiously restart its economy, Marriott has seen occupancy rates rise in Macau to around 20%, and has seen encouraging signs of guests returning to its properties in places like Shanghai and Hainan, as well.

The revenue per available room figure was down some 25% across the Asia-Pacific region for the first two months of 2020, and while the chain doesn't have concrete numbers for other regions yet, it's likely that they'll follow a similar trajectory.

Across the entire portfolio, Marriott has seen demand all but dry up for the near-term on both the business and leisure side. But, meeting bookings have largely remained intact for 2021, perhaps signaling meeting planners are taking a wait-and-see approach for the future.

Marriott's main objective as much of the world heads into even more uncertain times is to preserve as much cash as it can, a point that was reiterated numerous times on the call.

This is where theoretical figures like occupancy rates and RevPAR cross into the real world. In short, it means that hotels -- a lot of them -- will be closing, which in turn means people are going to lose their jobs, at least for now. And that's already started. A caller asked if Marriott could see 50% of its hotels closed for a period of time, and while the chain didn't want to give a specific number, it indicated that many hotels would close.

And, for properties that don't close, it's likely that entire floors will be temporarily shuttered, leading to a reduction of staff even at the properties that will remain open.

Renovations currently slated for this year will be put on hold, and other new initiatives will be paused until the situation stabilizes. Many properties that were scheduled to open this year will likely not open on time, and there will likely be delays in signing deals for new properties.

The chain outlined a plan to slow down cash outlay, including curtailing its approximately $1 billion in annual spend on marketing and reducing payroll.

Marriott -- along with the entire hospitality industry -- is asking for help from governments around the globe to help pull it through this unprecedented crisis. It has requested emergency employee assistance in the form of well-funded and readily available unemployment insurance, help with providing liquidity to continue operating and tax relief. Marriott mentioned that it is in negotiations with the Government of Italy to provide financial aid for employees both from the government and through the nation's labor unions.

One particularly interesting part of Thursday's call to investors was the relationship between the Bonvoy program and the company's bottom line. According to Oberg, the program contributes over $400 million annually to the chain's balance sheet, mainly through branding fees generated from its cobranded credit cards, which it has with both American Express and Chase.

Related: Your guide to hotel elite status during the coronavirus crisis

And, in the past, this has been a relatively stable figure and hasn't decreased along with a decrease in RevPAR, meaning Marriott may lean on its credit-card business, to the extent possible, to help see it through this storm. Though it did note that it would be "right-sizing [its] expenses in loyalty."

Marriott also noted that after most downturns, when daily room rates are softer than normal, Bonvoy members often prefer booking cash rates in order to preserve their points for future bookings. That in itself would help the company conserve cash if it's not in the position of reimbursing properties for an abundance of points stays.

Marriott and its peers in the hospitality industry are facing an immense challenge. And, it's likely that the hotel industry as a whole will need a bailout from the government in order to survive this crisis.

Despite the potential for government assistance, the world's largest hotel chain recognizes the full gravity of the situation it's in and has a plan to weather the crisis.

One thing is for sure, and that's that nothing is for sure. No one can predict when this pandemic will be behind us and the world can begin to pick up the pieces. For now, according to Marriott, it's focusing -- above all -- on managing its relationship with its customers and taking this time to "bank goodwill," so that once all of us are in the air and on the road again, Marriott hopes to be well-positioned to compete for everyone's hard-earned dollars.