How 10 TPG Readers Got an Exclusive Tour of LAX 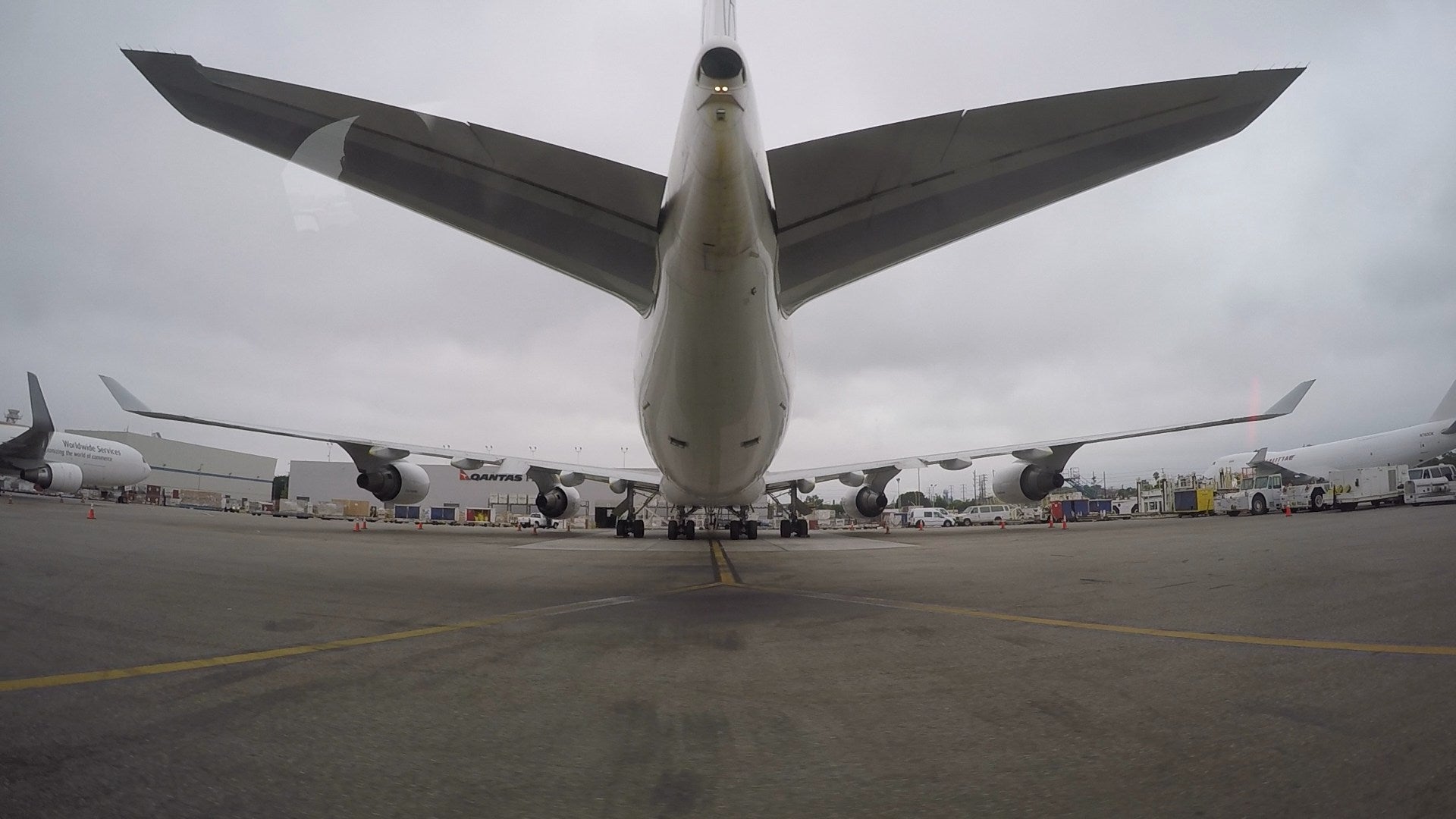 How 10 TPG Readers Got an Exclusive Tour of LAX
This post contains references to products from one or more of our advertisers. We may receive compensation when you click on links to those products. Terms apply to the offers listed on this page. For an explanation of our Advertising Policy, visit this page.

As a traveling dad based in Los Angeles, I find myself flying in and out of LAX all the time, with or without my family. The airport—the fifth-busiest in the word—handled almost 85 million passengers in 2017, and I've often wished, like a good AvGeek, that I could get a little closer to all that action.

But getting a closer look into major international airports is never easy, unless you have a reason tied to your work or study —except if you're in Amsterdam, that is. Well, it turns out that isn't entirely true.

Earlier this year, I attended yet another fundraiser for my son's school near LAX and, as usual, there was a silent auction. Most of the items were pretty familiar — wine and cheese baskets, trips to a condo in the mountains, autographed baseballs, etc. — but, tucked away in a corner, I found a treasure: a behind-the-scenes "escorted airfield tour" of LAX... for 10 people. Whoa!

Three nail-biting hours later, the ticket was mine. I happily paid $450 with my Blue Business®️ Plus Credit Card from American Express, earning 2x points on the spend (on the first $50,000 on purchases each year; then 1x). I wasn't just feeding my AvGeek passion, after all. I was supporting our local school.

The auction win was extra special because, like many other airports, LAX doesn't offer regular tours, except for students. Of the major airports I searched, only ATL offers tours for adults, but it pays to check for your local airport.

But what about the other nine people allowed on the tour?

Since I love the interaction in TPG's Facebook group, and because I really enjoy talking with knowledgeable aviation and travel enthusiasts, my next logical step was to post a "First come, first served" invite in the TPG Lounge.

Within minutes, I was flooded with requests from all over the US, and the idea of a tour plus TPG Lounge meetup came together quickly.

The six TPG Loungers who replied the quickest included Lindsey, a web marketing and travel guru; Adam, a firefighter and world traveler from Ventura County; Nilesh, a software engineer who had recently moved to Orange County from Philly; Eric, a well-traveled local financial adviser and Amrish, who works in financial software and had flown in from New York City just for the event.

The Los Angeles World Airports (LAWA) team had us meet at The Flight Path Museum and Learning Center adjacent to the southernmost runway at LAX. The non-profit museum opened in 1993 in partnership with LAX, and is a treasure of Los Angeles aviation that deserves to be better known.

Across its dozen rooms, the museum displays a fascinating treasure trove of flying collectibles...

AvGeeks, especially aviation history enthusiasts, could easily spend hours and hours wandering through these rooms. Right outside, you can even clamber up into a 1940s-vintage Douglas DC-3 prop plane that used to be a corporate transport for an oil company.

Despite the sun uncharacteristically hiding on this early September day, we excitedly hopped into an official LAWA van. Right on schedule, our guide asked us "What would you most like to see?" Unsurprisingly, he received a deluge of answers.

Head on a swivel, we began our drive around the airport, calling out the special aircraft taking off and landing. The driver actually customized the entire trip based on our requests. For real.

We were especially surprised by two things: the countless construction projects going on all across the 2,950 acres of LAX simultaneously (some funded by LAWA and some by the airlines themselves)...

... and the seemingly six-dimensional logistical chess game of aircraft, cargo, food, fuel, tugs, buses, bulldozers, $1 million fire trucks — all moving at different speeds, in different directions, all in concert. Or at least mostly in concert. Considering all this movement, the delays some travelers experience at LAX make a little more sense now.

In fact, LAX is in the process of building a huge $1.6 billion midfield concourse on the western side of the airport, just past TBIT (Tom Bradley International Terminal), which will be connected by underground moving walkways.

It looks like it'll be beautiful — and hopefully it'll alleviate some of the congestion issues frequent flyers are all too familiar with.

Unfortunately, due to security reasons we were unable to fulfill my personal dream of driving under TBIT and really seeing the inner workings of a major international airport terminal.

That aside, making our way around the airport, we couldn't get enough of the views. And did someone say plane spotting?

We also got a close-up view of Hangar One, the oldest continually operating building at LAX, built in 1929 when what was then called "Mines Field" consisted of just a single dirt landing strip. Now, Hangar No. 1 stands out for its Spanish revival-inspired architectural style, adjacent to one of the active cargo ramps. What was once a large structure at a new airport is now dwarfed by the modern, mammoth facilities at today's LAX.

The tour took us deep into LAX's remote parking area, towards the Western edge of of the airport, including Delta's temporary storage grounds and Qantas' main parking/maintenance area.

We drove past three Qantas aircraft — an A380, a B787-9 featuring the beautiful "Emily Kame Kngwarreye" livery and a 747-400 — capable together of hauling over one thousand passengers some 7,500 miles between Southern California and Australia's eastern metropolises, but now resting quietly next to one another.

As we drove, we had a fantastic time watching planes arrive and depart, scanning our phones for inbound and outbound aircraft (special liveries, anyone?) and talking expert-level points and miles. The tour was riveting, but the other readers and my new friends made the event something I won't forget for a long time.

After our tour, most of us grabbed a bite to eat at the Proud Bird, an eatery adjacent to the Eastern edge of LAX famous for its proximity to the planes—aircraft take off and land within 100 yards of the establishment—plus replicas of biplanes, fighter jets, Chuck Yeager's Glamorous Glennis (the first plane to break the sound barrier) and others. A must-visit!

We all agreed that the TPG website and Facebook community has fueled our passion for travel and adventure, and I even got to learn how to use the currency of Airline A to book on Airline B's website for flights on Airline C. Advanced play from experts... something you can get more of in the TPG Lounge.

We might all have been experienced flyers, but we still walked away from our tour of LAX with a newfound appreciation for the managed chaos of the tarmac that we get rarely exposed to as passengers. So check out your local airport and see if it offers tours—even try tweeting at them! You never know.

And here's my next goal: I'm fairly sure that employees of Elon Musk's Hyperloop live in my town. I'm hoping that they will offer a Hyperloop tour in one of our school's auctions. If they do, I'll bid and, if I win, you can be sure I'll open the invite list to the 45K+ members of the TPG Lounge.

All images by the author