Why I think Hotels.com reward nights are the easiest to use 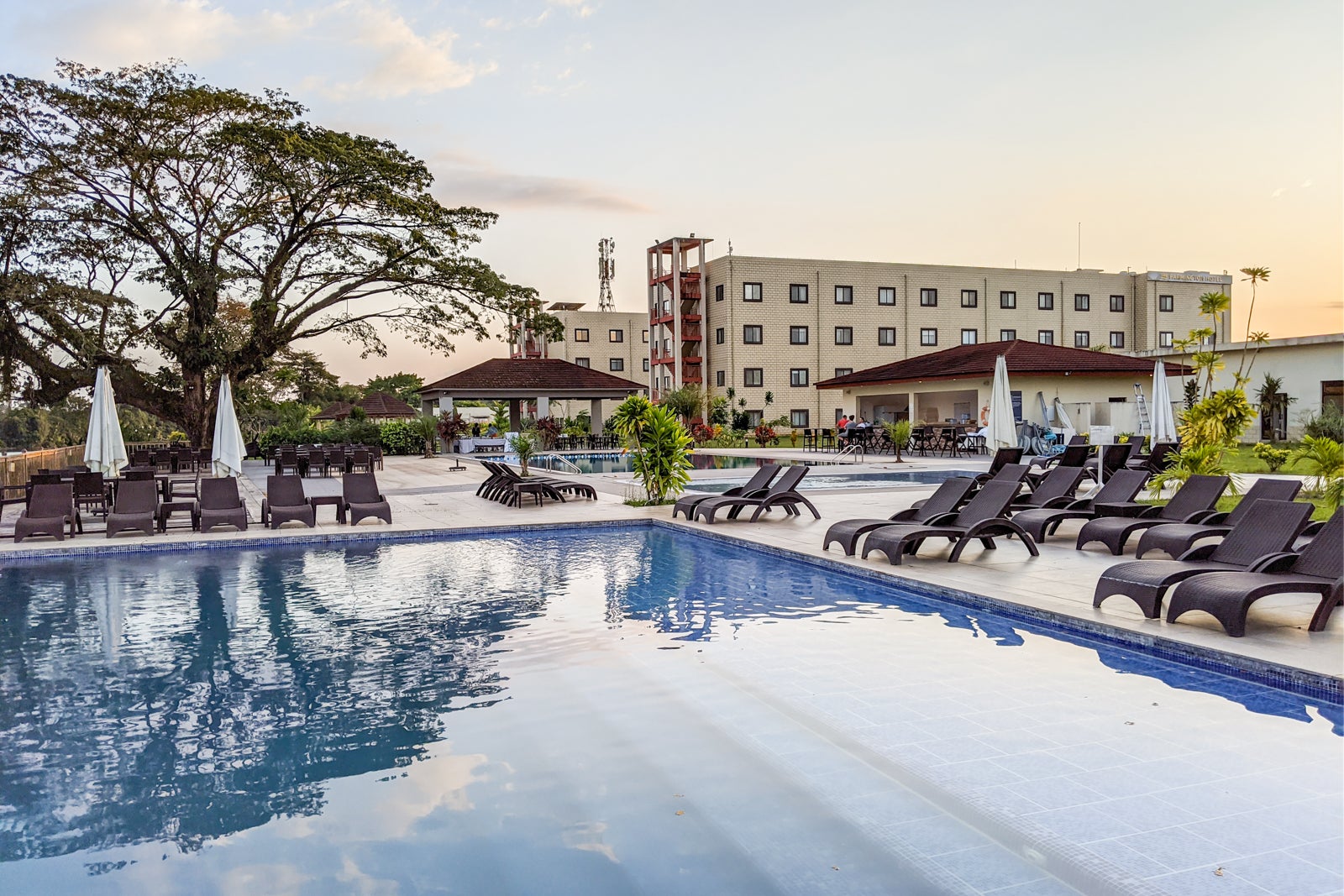 However, even before spending hours on my quest to maximize expiring reward night certificates, I'd already wanted to write a story about why Hotels.com Rewards reward nights are the easiest for me to actually use. After all, I used a Hotels.com reward night earlier this year to stay in Naxos, Greece – and in doing so, I remembered just how simple it is to get value from them.

In light of all the changes happening to hotel loyalty programs, here's how and why you might want to earn and redeem Hotels.com reward nights, including info on my own recent redemption in Greece.

The ease of earning and redeeming with the Hotels.com Rewards program is undoubtedly one of its strongest points. Not only is the program straightforward to use, but you can also get good value from it.

Most nights you'll book and stay with Hotels.com will be eligible for earning stamps. However, some discount codes and package bookings are ineligible. Also, note that you'll forfeit your stamps and reward nights if you don't make and complete an eligible Hotels.com stay at least once every 12 months.

How to maximize Hotels.com reward nights

The primary reason I believe Hotels.com reward nights are the easiest to use is that it's simple to ensure you get full value from these nights. I don't fear that I could have gotten significantly better value on a later redemption because it's simply worth what it's worth.

The information for the Hotels.com Rewards Visa has been collected independently by The Points Guy. The card details on this page have not been reviewed or provided by the card issuer.

Finally, if you have elite status with one or more hotel loyalty programs, you'll usually only want to book with Hotels.com when you are staying with hotels outside of these programs. After all, you won't typically get elite benefits and earnings when you book through an online travel agency such as Hotels.com.

Related: Top 5 reasons to get the Hotels.com credit card

How I used a Hotels.com reward night in Greece

I usually use Hotels.com to book stays at independent properties and hotels in programs where I don't have (or want) elite status. For example, here's a look at how I earned 10 stamps (including nights at The Farmington Hotel in Liberia and even the Hooters Hotel in Las Vegas) for the $92.18 reward night I used this summer in Greece:

I knew I'd book with either Airbnb or Hotels.com for my stay in Naxos, Greece. After all, there are no hotels in major loyalty programs that fall within my budget on the island.

Eventually, I booked two nights at the Sun Beach Hotel through Hotels.com. I could have earned two stamps on my stay and paid $241.97 for two nights:

Instead, I decided to redeem my $92.18 reward night through the Hotels.com app. Doing so dropped the total for my two-night stay to $149.79. On this two-night stay, I got the full $92.18 value from my reward night. On top of that, I still earned a stamp worth $89.57 for the other night, which will count toward earning my next reward night.

Related: The best Hotels.com properties for your fall trip

I love earning and redeeming reward nights from major hotel loyalty programs because of the outsized value I can obtain when the stars align. For example, my husband and I have used Hilton free weekend night certificates to stay at aspirational Hilton hotels, including the Conrad Maldives Rangali Island. We recently used up to 35,000-point Marriott Bonvoy free night awards to enjoy the new Le Meridien Maldives Resort & Spa.

Although using the annual free nights that come with select hotel credit cards takes planning and strategy, I enjoy maximizing these nights and dreaming of where they can take me.

Still, this pursuit of maximization requires time and also leads me to hold on to our reward nights for the "perfect" redemption – which is likely why we have so many expiring reward night certificates to use up right now.

In contrast, Hotels.com reward nights have a set value. As long as I redeem one for a night that's slightly more expensive than my reward night and avoid the redemption fee, I'll get good value each and every time without lots of time or strategy required.

As such, Hotels.com Rewards nights are the easiest reward nights for me to actually use. I can get full value from the reward night and not regret that I should have waited and used it for a different stay.

Related stories
Here are the best Black Friday travel deals of 2022
Great deal: Book business class tickets at premium economy prices with this Avianca LifeMiles sale
Holiday gift guide: TPG’s 22 travel-friendly picks for 2022
Vail Resorts lift-ticket sales capped; buy your Epic Pass by Dec. 4
Featured image by KATIE GENTER/THE POINTS GUY
Editorial disclaimer: Opinions expressed here are the author’s alone, not those of any bank, credit card issuer, airline or hotel chain, and have not been reviewed, approved or otherwise endorsed by any of these entities.