Articles
Mike Avila is an Emmy Award-winning TV producer who has worked for NBC, CBS and ABC, to name just a few. He’s author of books such as the recent “Wolverine: Creating Marvel’s Legendary Mutant.” He also was executive producer of the SYFY Originals documentary, “Todd McFarlane: Like Hell I Won’t.”
Oct. 13, 2021
•
7 min read 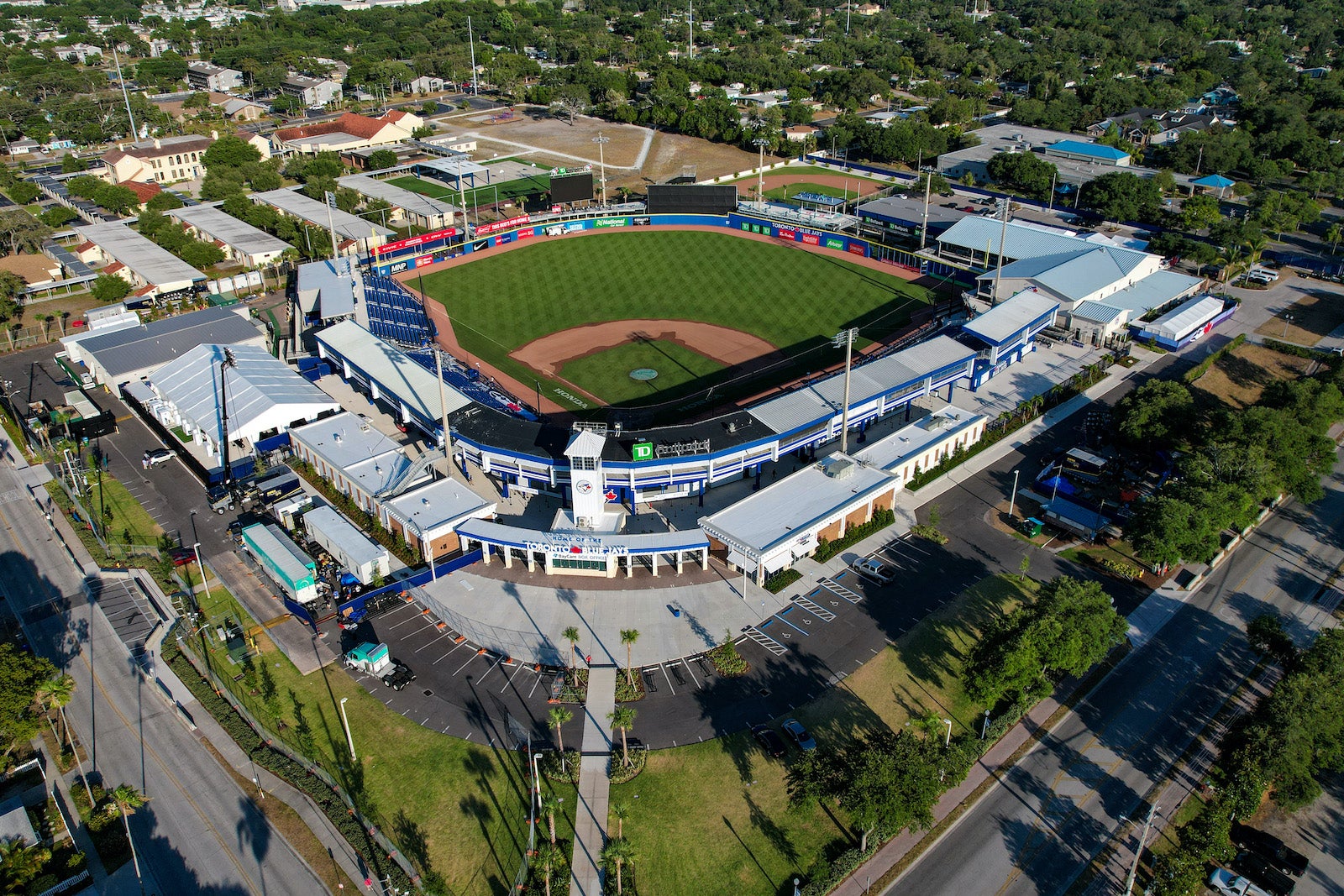 New hotel being built in Dunedin, Florida, especially for Toronto Blue Jays baseball team
This post contains references to products from one or more of our advertisers. We may receive compensation when you click on links to those products. Terms apply to the offers listed on this page. For an explanation of our Advertising Policy, visit this page.

You can call this Southern hospitality, major league baseball style. The Toronto Blue Jays are building a hotel specifically for its players to call home during their annual spring training visits to Dunedin, Florida.

The hotel is to be built on a stretch of property near the water in Dunedin, which is located on Florida's Gulf coast — and happened to be one of the stops on Zach Honig's tour of the area earlier this year.

The proposed development is a three-story, 51-room boutique property that is being called the J Hotel. It's a fitting name, given that the hotel is meant to be a dormitory exclusively for Blue Jays players during spring training. The city commission had a meeting about the hotel Oct. 7 with the developer and landowners, according to the St. Pete Catalyst.

The hotel is part of a long-term agreement between the city and the Toronto organization signed in 2017 that committed the Blue Jays to remain in Dunedin and continue playing their games at TD Ballpark for 25 more years. It also included a $120 million, 115,000-square-foot Player Development Center that opened in town earlier this year.

Related: Florida tourism on the rebound

The hotel is considered the final piece codifying the MLB team's commitment to its preseason home, while providing the players a comfortable and private place to live as they work out and get ready for the upcoming season. Only a few of the rooms at the hotel will reportedly be made available to non-players outside of the spring training season.

“[The developers] have a blank canvas, so this will be the best dormitory/hotel in all of professional baseball,” Charlie Wilson, general manager of minor league operations for the Blue Jays, stated during a previous meeting about the hotel.

Dunedin is one of several gems along the Gulf coast, an area known for its beaches, boating and baseball. Baseball fans from all over flock to Florida's "West Coast" each spring to watch their favorite major league baseball teams get ready for the upcoming season. The Grapefruit League, as it's called, is a cherished tradition for baseball diehards. Spring training is also hugely important to the host communities because it means a huge bump in tourism spending.

If you want to plan a trip around spring training, getting to Dunedin is fairly easy, since it's close to Tampa. You can fly into Tampa International Airport (TPA) and then make the short drive to Dunedin from there. It's about 25 miles, so it should take close to 40 minutes, as long as traffic isn't too bad.

Related: 13 of the best beaches in Florida

There are several options for Toronto-based fans to follow their team down south in March. There are a number of nonstop flights out of Toronto Pearson International Airport (YYZ) to Tampa via WestJet (a partner of Delta Air Lines) and Air Canada. WestJet flights are as low as $295 round-trip at the moment.

Many of the cheapest return flights do include a stop, but between the two Canadian airlines (plus the legacy U.S. airlines), you should have plenty of flexibility to chose the price and schedule that suits you best.

Some snowbirds who come down for spring training may also want to make a visit to Disney World or Universal Orlando. If that's the case, you can break up the trip by traveling first to Orlando International Airport (MCO) or Orlando Sanford International (SFB) and spend a few days at a theme park before making the 107-mile drive west on Interstate 4 to Dunedin.

As with Tampa, there are quite a few flight options from Toronto to Orlando. The cheapest flight we found right now for a March trip, when spring training takes place, is on the ultra-budget Canadian carrier Swoop. It's just $195 round-trip for a nonstop flight to Orlando Sanford Airport.

Flights involving Orlando International tend to cost at least $77 more per itinerary — though the location of MCO is much more convenient than than of SFB.

You could also choose to fly first to Tampa and then drive from there to Orlando. It just depends on how you plan your itinerary. Obviously, keep an eye out for sale or deal alerts involving Tampa and/or Orlando because depending on your destination city, you could find a good price.

Related: Florida travel on the rebound as hotels sell out and airlines add flights

Once you get there, you'll need a place to stay. There are approximately 6,600 hotel rooms and other guest properties in the Dunedin area, according to Hotels.com. There are a number of points hotels in the area, too.

The Fenway Hotel, an Autograph Collection property that dates back to the Jazz Age, starts at $293 per night or 200,000 Marriott Bonvoy points for a six-night stay. Like many spring training towns, hotels that are really close to the ballpark tend to get booked up quickly, and can get expensive due to the time-tested "supply and demand" theory. One way to avoid this is to book a hotel a few minutes away.

You could also look for a vacation rental, as TPG Senior Editor Nick Ewen did on a May 2020 visit to Dunedin. The two-bedroom house he booked on Airbnb was walking distance from both downtown and the ballpark — though that particular rental has a 21-day minimum in March 2022.

Related: These are the best times to visit Florida

There are a number of points hotels in Clearwater Beach, which is just a 20-minute drive from Dunedin. The AC Hotel Clearwater Beach is a new hotel in the area and you can book rooms in March for $387 or 40,000 points per night. Bonvoy members get one night free for every five they book using points, so keep that in mind while planning your trip.

Keep in mind that visiting a destination like Dunedin during spring training is peak-season travel. A room at the Residence Inn in Clearwater is going to cost you around $246 per night. The Fairfield Inn & Suites will run about $245 per night at the moment, and will likely rise as you get closer to spring.