Articles
Summer Hull , aka Mommy Points, ran the Mommy Points site for families who want to travel more for less using miles and points for seven years. She now heads up a variety of special projects at TPG when she isn't exploring the world with her own two girls.
Follow
Dec. 08, 2020
•
3 min read 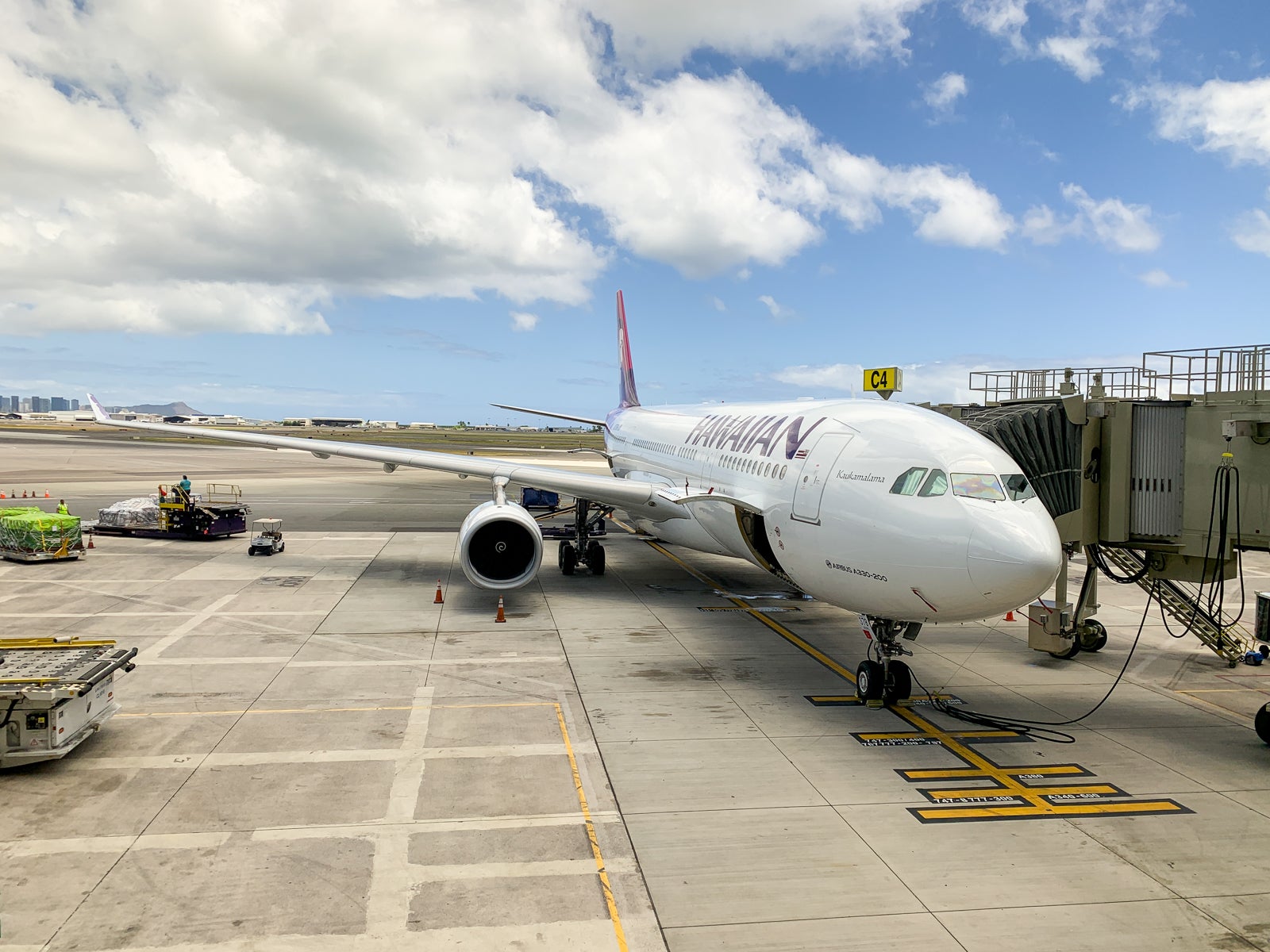 Lie-flat first-class seats on new Hawaiian Airlines routes available from 40,000 miles
This post contains references to products from one or more of our advertisers. We may receive compensation when you click on links to those products. Terms apply to the offers listed on this page. For an explanation of our Advertising Policy, visit this page.

This afternoon, Hawaiian Airlines announced four new routes coming in 2021, including all-new nonstop service from both Orlando (MCO) and Austin (AUS) to/from Honolulu (HNL). This marks the first nonstop service to Hawaii from both of these markets, which is an exciting moment all on its own.

But, if you like to fly the 4,000-ish miles from those cities to Hawaii in comfort, you'll want to key onto the fact that these Hawaiian Airlines A330s are home to 18 lie-flat first-class seats. Perhaps even more importantly than that, if you're a reader of The Points Guy, you'll want to know how miles these seats will cost you.

While the award price varies dramatically based on your travel date, you can book lie-flat seats on these new routes right now, starting at just 40,000 miles each way. Considering that the overnight flight back from Honolulu - Orlando is about nine hours in the air (longer than flying from the East Coast to Europe), scoring a lie-flat seat from 40,000 miles is a gem of a deal in my book.

Related: Best ways to use miles to fly to Hawaii

Interestingly, the flight from Honolulu (HNL) to Austin (AUS) is a daytime flight, which is extremely unusual for Hawaii departures bound for any destination further than the West Coast. However, that 10 a.m. Honolulu departure that arrives back in Austin at 10:15 p.m. local time would also be a lot more fun in first than economy.

We are seeing scattered 40,000-mile saver award availability on a variety of dates on both of these routes, largely during the week and not during the peak summer months. In the cases above, the lie-flat seats are just 10,000 - 15,000 additional miles each way over economy, which is a no-brainer an upgrade if I've ever heard one.

You don't have to have any Hawaiian Airlines miles at the ready to book these flights as Hawaiian is a 1:1 transfer partner of Amex Membership Rewards. This means that your points from cards such as The Platinum Card® from American Express or American Express® Gold Card can score you one of the best seats to Hawaii.

Related: What it's like flying Hawaiian Airlines first class with a family

While these new routes don't take off until March and April 2021, keep in mind that Hawaii currently has travel restrictions, testing and potential quarantine requirements for those entering the islands. But if you were eying a 2021 trip to Hawaii from Orlando or Austin and wanted to do it in style in miles, today may be your (very) lucky day.

Featured image by (Photo by Summer Hull / The Points Guy)
Editorial disclaimer: Opinions expressed here are the author’s alone, not those of any bank, credit card issuer, airline or hotel chain, and have not been reviewed, approved or otherwise endorsed by any of these entities.

Our points-obsessed staff uses a plethora of credit cards on a daily basis. If anyone on our team wouldn’t recommend it to a friend or a family member, we wouldn’t recommend it on The Points Guy either. Our opinions are our own, and have not been reviewed, approved, or endorsed by our advertising partners.
See all best card offers
Related stories
Guide
Icon of the Seas cruise ship guide: Pricing, itineraries and what to expect on board
News
Can Edition survive without its original creative force? Marriott thinks so
News
New luxury cruise ship sailing the world's roughest waters without stabilizers is slated for repairs
News
Amex's Seattle Centurion Lounge is closing to prep for upcoming debut of bigger, better space