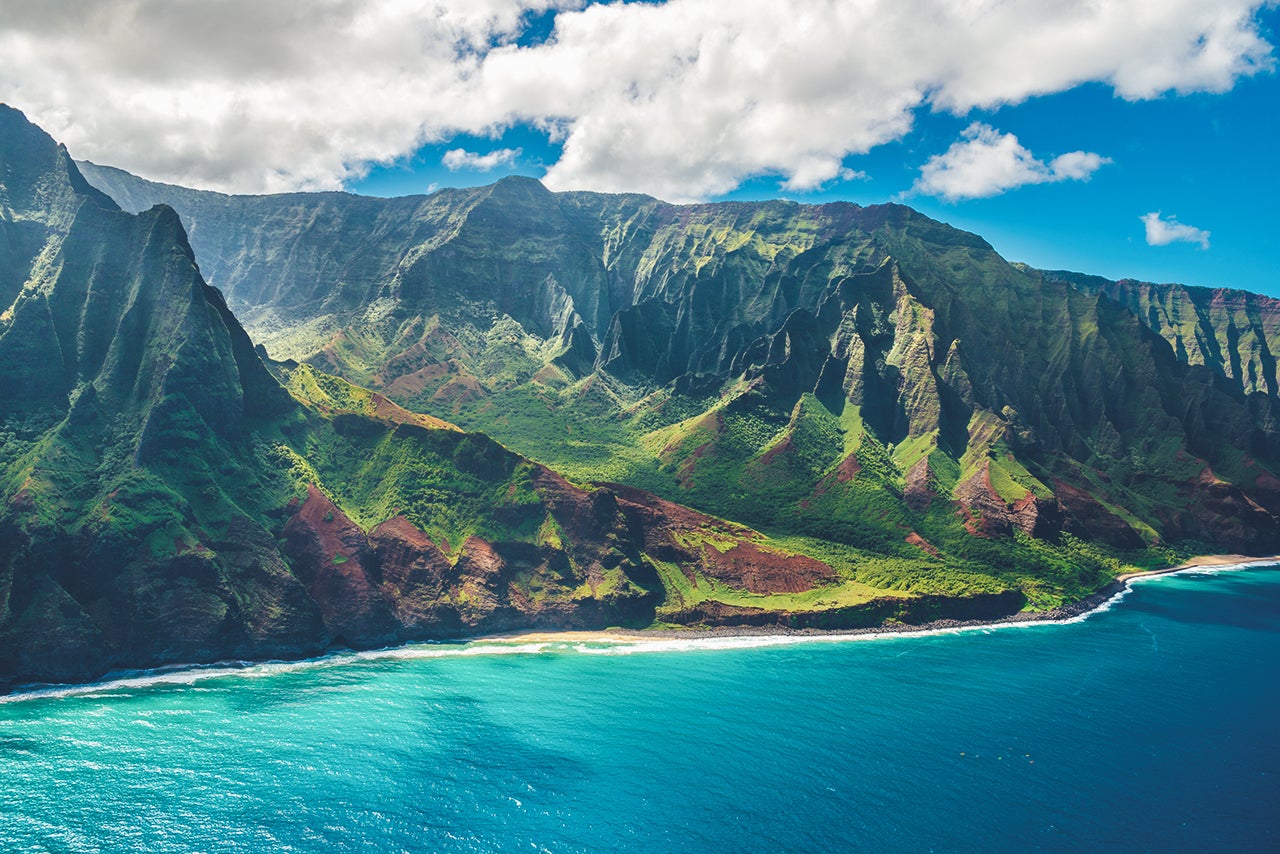 R.J. Weiss had been earning and redeeming points and miles for about a decade before he started his own business — and really began to turbocharge his earnings.

His website, The Ways To Wealth, is"really for the everyday person, lower- to mid-income, trying to get out of debt, trying to get started in investing," he says.

"I love to learn, I love to share what I'm learning," Weiss says. "That was really the ideal career. Having The Ways to Wealth is really the way to do what I love and help other people."

Weiss launched his business in 2016, but really started to ramp up card spending last fall. In his personal life, though, he's been collecting points and miles for some time. It's one of the reasons why he knew to open up several business credit cards when he started his own shop.

"I've always kind of built up points on the side and at my old job," Weiss says. "I would say it's almost been a 10-year thing for me. I've taken advantage of playing the points game for awhile now."

That knowledge — and some great credit card bonuses — allowed Weiss to take his family of four last winter on a 3-week vacation funded, in part, by miles. His kids even were surprised by an unexpected trip to Aulani, Disney's resort on Oahu.

Weiss has spent approximately $100,000 since October 2017, primarily on online advertising to drive web traffic to his business.

Weiss picked up the Ink Business Preferred Credit Card in October 2017 and The Business Gold Rewards Card from American Express in early 2018. He likes both for their welcome bonuses and their generous returns on advertising spending.

With Ink Preferred, you can earn 80,000 Chase Ultimate Rewards points after you spend $5,000 in the first three months of cardmembership. The bonus is worth $1,600 according to TPG’s most recent valuations. In addition, they transfer to many airline and hotel loyalty programs.

With the Business Gold Rewards card , you can earn 50,000 American Express Membership Rewards points after spending $5,000 in the first three months of cardmembership. TPG currently values those points at $950, and they transfer to three hotel programs and 16 airlines as well as other redemption options.

The Ink Business Preferred is Weiss' primary business card primarily because it earns 3 points per dollar spent on advertising on search engines and social media sites. Earn that top rate on $150,000 in combined purchases each account anniversary year on advertising spending, travel (planes, trains, taxis, hotels and rental cars among other expenses), shipping and internet, cable and phone service.

Since Weiss thinks he'll eclipse that $150,000 threshold, he also has the Business Gold Rewards card, which pays 3x Membership Rewards points on one of five categories (which you get to select, including US purchases for advertising in select media) and then 2x on the remaining four, with a limit of $100,000 in purchases each year in each of the five categories.

"It doesn't really get much better with the 3x spend on these cards, but let's say there's a good bonus, too, that I can hit, having this spend helps out as well," Weiss says.

Including the two sign-up bonuses, Weiss estimates he's earned rough 430,000 points in the past year.

The family ended up delaying their trip by a day (and adding the Aulani stop) when one of the girls fell ill on the morning they were originally scheduled to depart. Since the family booked the trip using their United MileagePlus Explorer Card (now the United Explorer Card) and not the Sapphire Reserve (which offers trip cancellation/trip interruption insurance), they were forced to pay a fee when they rebooked tickets for the following day. That mistake led to the best part of the trip.

"We always thought about going to Aulani. We had never had a Disney experience with the kids," Weiss says. "For my two girls it was really the highlight of the trip."

Then the family hopped a short 40-minute flight to Kauai, where they spent 18 days at a rental property booked through VRBO.

"Doing this for a good decade, we've definitely taken some good trips," Weiss says." "It was kind of like a bonus (opening business credit cards) and what I was doing personally. We try to get away every winter. So, this just happened to be a good time having kids that are now 3 and 6, we felt comfortable taking the flight from Chicago to Hawaii."

Businesses should examine their expenses to best determine how to take advantage of credit card rewards, especially if you have major expenses in one particular area that's covered by a bonus category, Weiss says. That's why Weiss chose the cards he did after seeing what his monthly spend on advertising was going to be.

"I don't think there's one best business card for everyone, but it's important to analyze your spend and take advantage of the bonus categories," he says.