I skipped Father's Day and ended up with a $650 flight voucher, first-class upgrade and a lousy T-shirt (really)

Articles
Ariana Arghandewal has been writing about points and miles for almost a decade. She previously served as editor at FlyerTalk, Frugal Travel Guy and NerdWallet while running her own travel blog, PointChaser.
Follow
June 22, 2021
•
9 min read 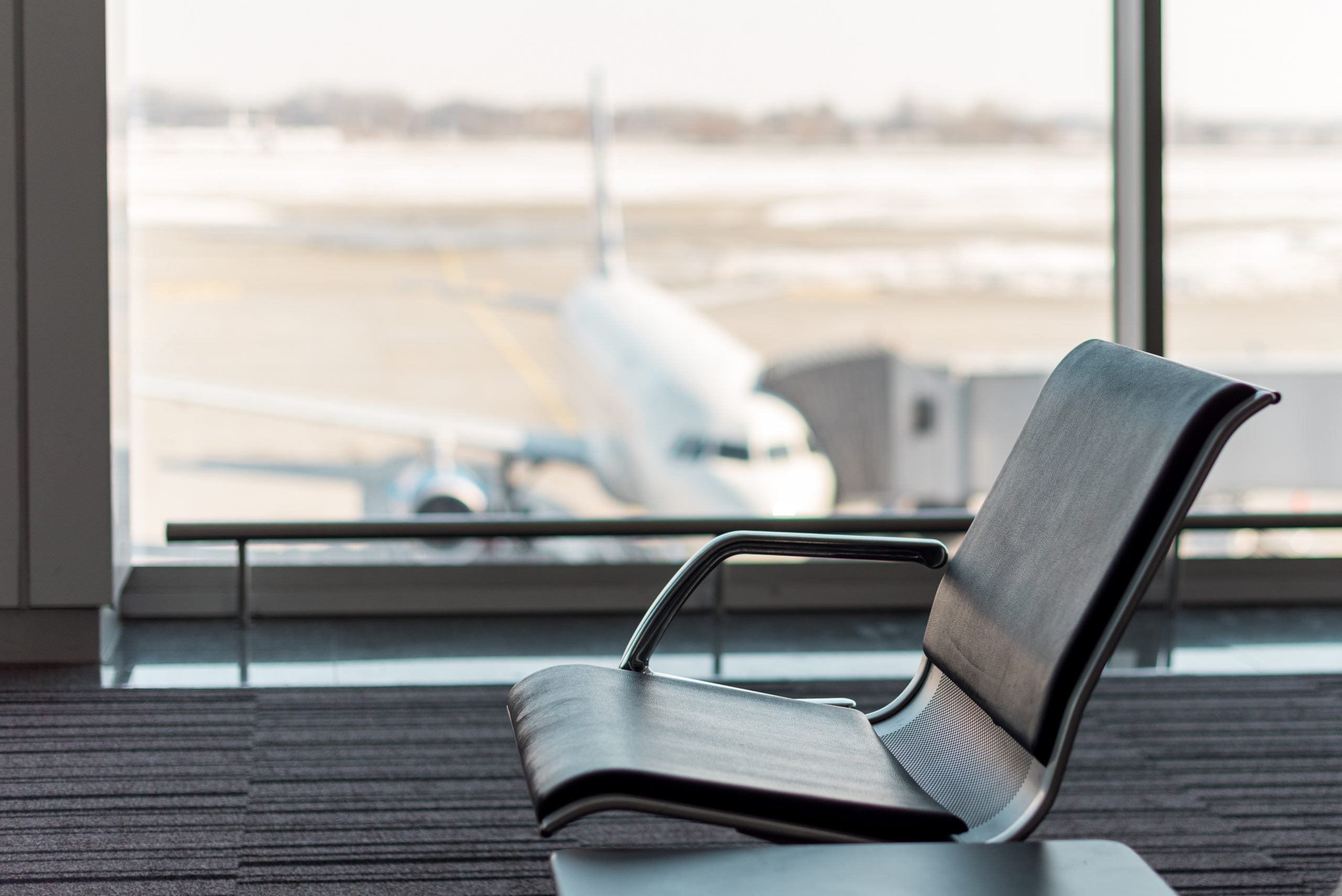 I spent last week in Southern California to check out two new Hyatt hotels for TPG, with a return flight scheduled on Saturday. Since the trip would get me home just in time for Father's Day, I decided to bring my parents along – a sort of pre-Father's Day gift.

We had a great time and my parents actually went home on Thursday while I was meant to stay another two nights. However, when I checked in, the flight had more passengers than seats, so I received a bump offer so good that even my dad called and told me to forget about Father's Day and take a later flight. Here's what happened.

It all started on Friday night when I checked in for my Alaska flight online. I got an email stating the airline was looking for volunteers to catch a later flight. The incentive? A $250 travel voucher. At this point, I had forgotten that Father's Day was Sunday and was perfectly happy to jump on a later flight.

After confirming my willingness to switch flights, I received an email instructing me to confirm my request with a gate agent. Often, it turns out the airline doesn't actually need volunteers in the end. I arrived about two hours before my flight and was told they were actually still looking for four volunteers to take a later flight and increased the travel voucher to $600.

The gate agent told me if I was willing to depart on Sunday instead of Saturday, she could also offer a $24 meal voucher and a free hotel night if I didn't live locally. Since I was a taker at a $250 voucher, I was absolutely interested in this revised deal.

She told me to come back at 6 p.m., about 90 minutes before the scheduled flight, for further instructions.

Related: Lessons learned from a family who was bumped

As I waited by the gate, I posted about this offer on social media and not a minute went by before I got a call from my dad. As I explained the bump offer to him, it hit me: Sunday was Father's Day.

Every flight that night was oversold, so my only option, if I took the bump to a later flight, would be to fly home Sunday night and miss Father's Day.

My dad insisted I take the offer. He joked that he would accept the $600 travel voucher as his Father's Day gift.

I was on the fence, but he assured me it was no big deal. We would have dinner a day later and avoid the crowds on Father's Day. With his blessing, I went for it.

While I waited, the gate agent kept making announcements and increased the offer for anyone willing to take a later flight. Eventually, it landed on a $650 travel voucher, two $12 meal vouchers, a free hotel night and a first-class upgrade on a later flight home. Considering I would have accepted the $250 offer, I was thrilled.

I was told I'd have 30 days to deposit the travel voucher and one year to use it, which is plenty.

How I redeemed my hotel voucher

When I accepted the bump offer, the gate agent handed me a print-out of my new itinerary and emailed me a link to book the hotel and claim my meal voucher. It was very straightforward.

I clicked on the link for the hotel booking and had a few options: The Hilton San Diego Mission Valley, San Diego Marriott La Jolla, the Country Inn & Suites San Diego North and the Hampton Inn San Diego Del Mar.

None of them were close to downtown, which is where I would have preferred to stay. At this point, I probably should have negotiated for a higher travel voucher instead of a comped hotel night, but I just wanted to get moving.

I booked the Hilton San Diego Mission Valley, which was nice enough and close to the airport. The gate agent notified me that if the hotel didn't offer a shuttle, Alaska would reimburse me for the cost of a round-trip Uber ride. I was later able to submit a claim via Twitter and a check arrived in the mail less than three weeks later.

When I got to the hotel, I handed over my ID to the front desk agent and asked if it was possible to add my Hilton number to the reservation. He surprised me by saying my Hilton number was already on file and as a result of my Hilton Diamond status, I got a room upgrade and free breakfast the next morning.

The room was slightly larger than a standard hotel room, with a couch by the window. It was perfectly fine for a one-night stay and I was able to check out late.

I checked the Hilton mobile app and found that the reservation was, in fact, listed under my account. I have no explanation for how this may have happened, but I assume the reservation system somehow matched my name to my Hilton Honors number, which was pretty great.

At the end of my stay, I checked the app to see if I earned any points. While the stay appears on my account, I only earned 22 Hilton points for an on-site purchase. I expected as much, considering this was likely a third-party booking at a discounted rate.

Related: How to fly Southwest from Southern California to Cabo for under 8,000 points round-trip

The two meal vouchers were valid until Sunday. When I arrived at the airport, I wasn't hungry but wanted to try and redeem them at Starbucks. I'd read accounts of people using these vouchers to reload their Starbucks accounts or buy gift cards. This would have been ideal, but when I tried to pay with my voucher, the barista said those were valid on meals only.

I ended up getting coffee and snacks at Artisan Market. Even though the voucher had a QR code, I was asked to enter a card number, expiration, CVC on the pin pad. Luckily, all of this information was included in the voucher link I received.

It's worth mentioning that these vouchers are for one-time use only. If you're buying a $5 item with a $12 voucher, you'll lose the remaining $7 balance, so plan accordingly.

Dealing with a rideshare shortage

While Alaska would reimburse the cost of a ride to and from the airport, getting a ride anywhere was challenging.

During my week in Southern California, I experienced a rideshare shortage like no other. In all three cities I visited (Laguna Niguel, Oceanside and San Diego), the wait for a ride was always 15-45 minutes and the fares were sky-high.

I got lucky and waited just 10 minutes for my Lyft from San Diego Airport (SAN) to the Hilton. But once I was at the hotel, I couldn't get a ride anywhere to save my life. It actually took almost two hours (and one cancellation) to get a pickup from the Hilton back to the airport.

Dealing with a clothing shortage

When I got to the hotel, I quickly realized that since the trip was supposed to end this day, I was out of clean shirts. At that point in the evening, I wouldn't have anything to wear the next day unless I did some shower laundry (which I did not want to do). Because the wait for Uber and Lyft was well over an hour, I got creative. I fired up DoorDash to see if CVS or Walgreens sold t-shirts through the app. No luck.

Luckily, I stumbled across an Indian restaurant called Indian Palace that sold branded t-shirts for $12. I ordered a medium and it arrived within 30 minutes, delivered by a justifiably confused DoorDash driver.

While missing Father's Day to get a travel voucher and first-class upgrade may sound like an absolute worst-daughter-of-the-year move, it was ultimately my dad who pushed me to do it.

We'd already spent almost a week together leading up to the flight and were able to have dinner on Monday night instead of Sunday. My dad and I are incredibly close and his reaction to my Instagram story about the bump offer just about sums up why -- we get each other.

The first-class upgrade wasn't a huge deal since the flight was just over an hour long, but the $650 travel voucher will come in handy now that I'm fully vaccinated and able to travel once again. As a thank-you for being so cool about missing Father's Day, I hope to use the voucher for a trip for him and my mom.

Maybe it will be a getaway to Cabo or another trip to SoCal. He certainly deserves it, considering how he's put up with (and encouraged) my shenanigans.

Our points-obsessed staff uses a plethora of credit cards on a daily basis. If anyone on our team wouldn’t recommend it to a friend or a family member, we wouldn’t recommend it on The Points Guy either. Our opinions are our own, and have not been reviewed, approved, or endorsed by our advertising partners.
See all best card offers
Related stories
Deals
Fly from LA to Honolulu for $200 round-trip
Deals
You'll never guess where you can find the cheapest Carnival and Princess cruises right now
Deals
Kimpton's latest sale beats the winter blues with up to 20% off
News
Earn 20,000 bonus points with no annual fee: The Wells Fargo Autograph Card