Articles
Caroline Tanner covers news and travel for TPG. She is a journalism graduate of Mizzou and Northwestern.
Follow
Nov. 04, 2021
•
6 min read 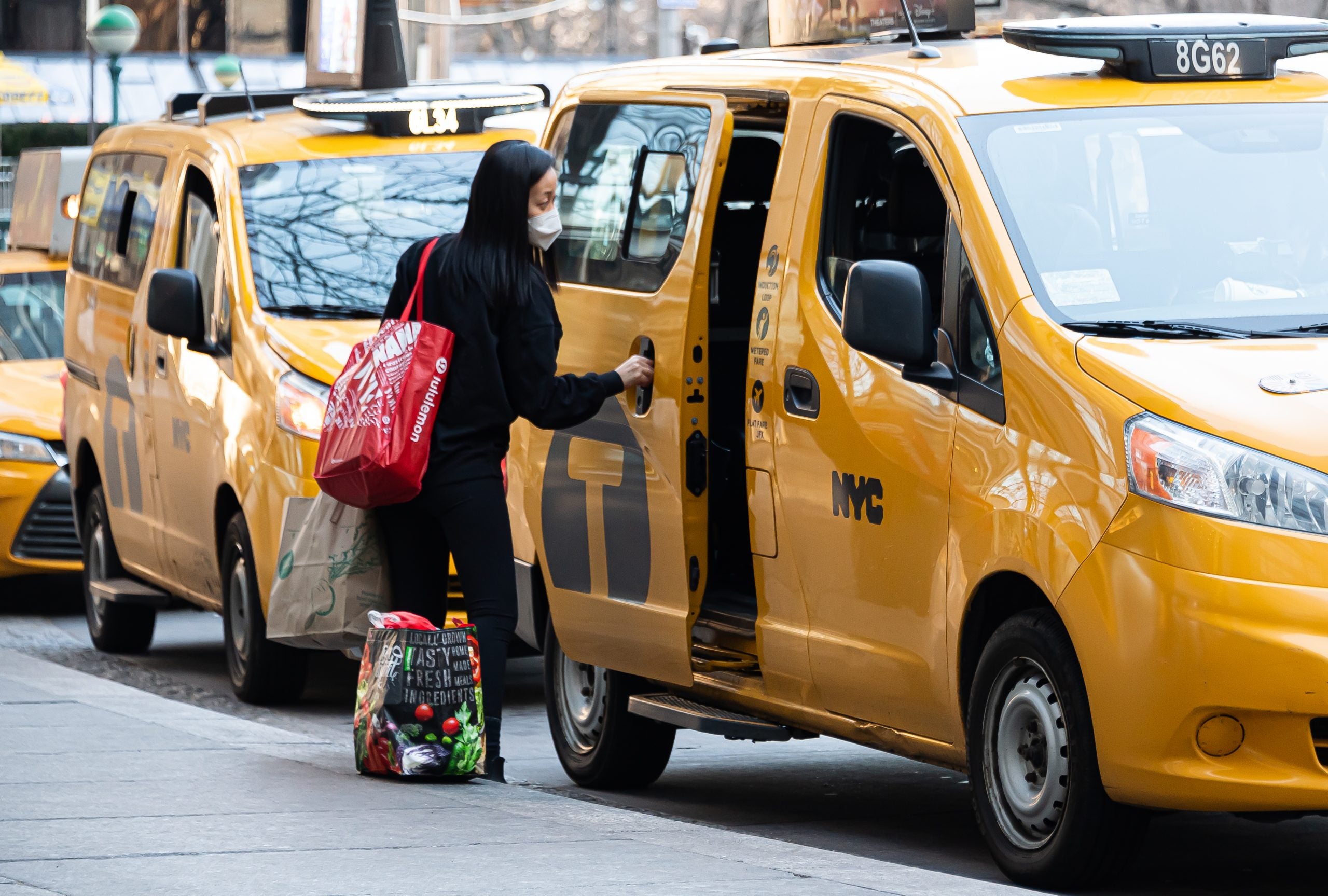 If you traveled at all in the past year or just attempted to catch a ride using a ride-hailing app at an airport, you've likely encountered high fares and long wait times.

While ride-hailing companies have cited pandemic-induced labor shortages as the root of the problem, customers are still very much dealing with the same issues across the U.S. and internationally, from Los Angeles to D.C. to London. In the New York City area, this has caused some to revert back to taking classic yellow taxi cabs, a formidable staple on New York City streets.

Riders paid 22% more for rides in October 2021 compared with January, the Wall Street Journal reported, which noted that a driver shortage due to "labor constraints" has resulted in a twofold problem for users: It's prevented drivers from returning at a pace to match increased demand and led to the continuation of higher fares for riders.

This is perhaps nowhere more apparent than attempting to get a ride home from New York City airports: It's not an easy task right now.

"Uber/Lyft surge was outrageous to get to the airport," TPG writer Chris Dong said about his attempt a few weeks ago to get to John F. Kennedy International Airport (JFK) to fly to San Diego. Instead of paying upwards of $150 for a Lyft, he opted to take a cab for its flat-fee rate for less than half of that, costing him around $60.

In response to a mismatch of supply and demand, both Uber and Lyft told TPG via email that they have added more drivers to each platform to improve expected rider wait times and prices.

“As vaccines rolled out and people started moving again, we began to see the demand for rides outpace the number of available drivers," a spokesperson for Lyft told TPG via email.

Related: $100+ fares and 2-hour wait times: What the Uber and Lyft driver shortage means for you

A huge benefit of taxis over ride-hailing options is that taxis departing JFK charge a flat fare of $52 for trips to Manhattan, plus any tolls and tips. If you are traveling during peak times (4–8 p.m. on weekdays, excluding holidays), you can expect an additional $4.50 to be added for a flat fare of $56.50.

Accounting for that, an average taxi trip from JFK to New York City during peak hours should cost around $60, plus a 20% tip, for approximately $72, depending on when and where you are going in the city.

If you are heading to the city from Newark Liberty International Airport (EWR), a base fare would run you between $50–$70 and be more expensive the higher uptown you go. EWR to most cities across the water in New Jersey, including Hoboken and Jersey City, would be around $50. So you're looking at a ride from EWR to anywhere in Manhattan between West 24th St. to West 58th St. for $55 plus an additional $5.50 surcharge for all credit card transactions. This ride during peak time would cost roughly $74, including taxes and a 20% tip.

The cheapest taxi airport route of the three Tri-state area airports id from LaGuardia Airport (LGA), with charges clocking in between $30–$44 for Midtown or Lower Manhattan, and is slightly less if going uptown. Like JFK, there is a $1.00 peak-time surcharge for trips from 4 to 8 p.m. on weekdays, which would bring a taxi ride to Lower Manhattan during rush hour to about $45, including taxes and a 20% tip.

"I've been to NYC three times since July and I have always taken a cab from JFK and LGA," said TPG editor Juan Ruiz. Prices have been 20–50% cheaper than Uber/Lyft."

Beyond price, one could argue that taxis are just more convenient -- that is if you can find one.

"I was taking a cab from Central Park and there was an open cab right in front of me," said Maddie Tarr, a product manager at TPG. "Since you can often pay contactless, it feels just as easy. Plus, I didn't need to wait for the Uber to show up."

Although there are clear benefits to taxis, taxis are not without issue. NYC taxi users have encountered long wait lines and have said they're also harder to find at times, suggesting Tarr's experience really does require that bit of luck all NYC residents wished they had at times.

"I will hail a cab when I'm out and about over an Uber/Lyft but they're harder to find, so be prepared to wait," said TPG writer Stella Shon.

Also, the price of a taxi versus an Uber or Lyft certainly depends on a variety of factors, so you can't automatically assume that one will be cheaper than the other.

"I still waited an hour for a cab that cost 2x the price of an Uber or Lyft, but I couldn't have gotten an Uber or Lyft for hours," Melanie Lieberman, TPG's senior travel editor, said about her recent experience at EWR.

Last month, Uber rolled out a variety of new airport services, including Uber Reserve, which allows users to book an Uber Black or Black SUV up to 30 days in advance of arrival at select airports. Additionally, Uber is currently piloting its “Ready When You Are” feature, where users can request a timed pickup upon landing at the airport: ASAP, in 10 or in 20 minutes.

Earlier this week, TPG executive editor Scott Mayerowitz needed to go from London’s Covent Garden neighborhood to London's Heathrow Airport (LHR). Multiple drivers in ride-hailing apps Bolt and Uber canceled on him. After 10 minutes, he gave up and flagged a black cab - although it cost about 40 percent more.

Despite sometimes lower prices, the convenience of contactless pay and being able to hail a cab from wherever you are on the street (if you're lucky,) people in New York City appear to be favoring ride-hailing options, at least for now.

According to monthly data from New York’s Taxi & Limousine Commission, for-hire vehicles, which include Ubers and Lyfts, operated nearly 425,000 trips per day in New York in September, compared to just under 100,000 standard yellow taxis you can hail on the street across the five boroughs.

Let's face it: There is something just so New York about taking a cab.

"It's so fun to hail a cab like the olden days," said Shon.