Oktoberfest returns to Germany this fall

Articles
Sean Cudahy is a reporter covering general assignment news on travel, aviation and points and miles. He joined the TPG team in 2022 after nearly eight years as a local television news reporter.
Follow
May 02, 2022
•
5 min read 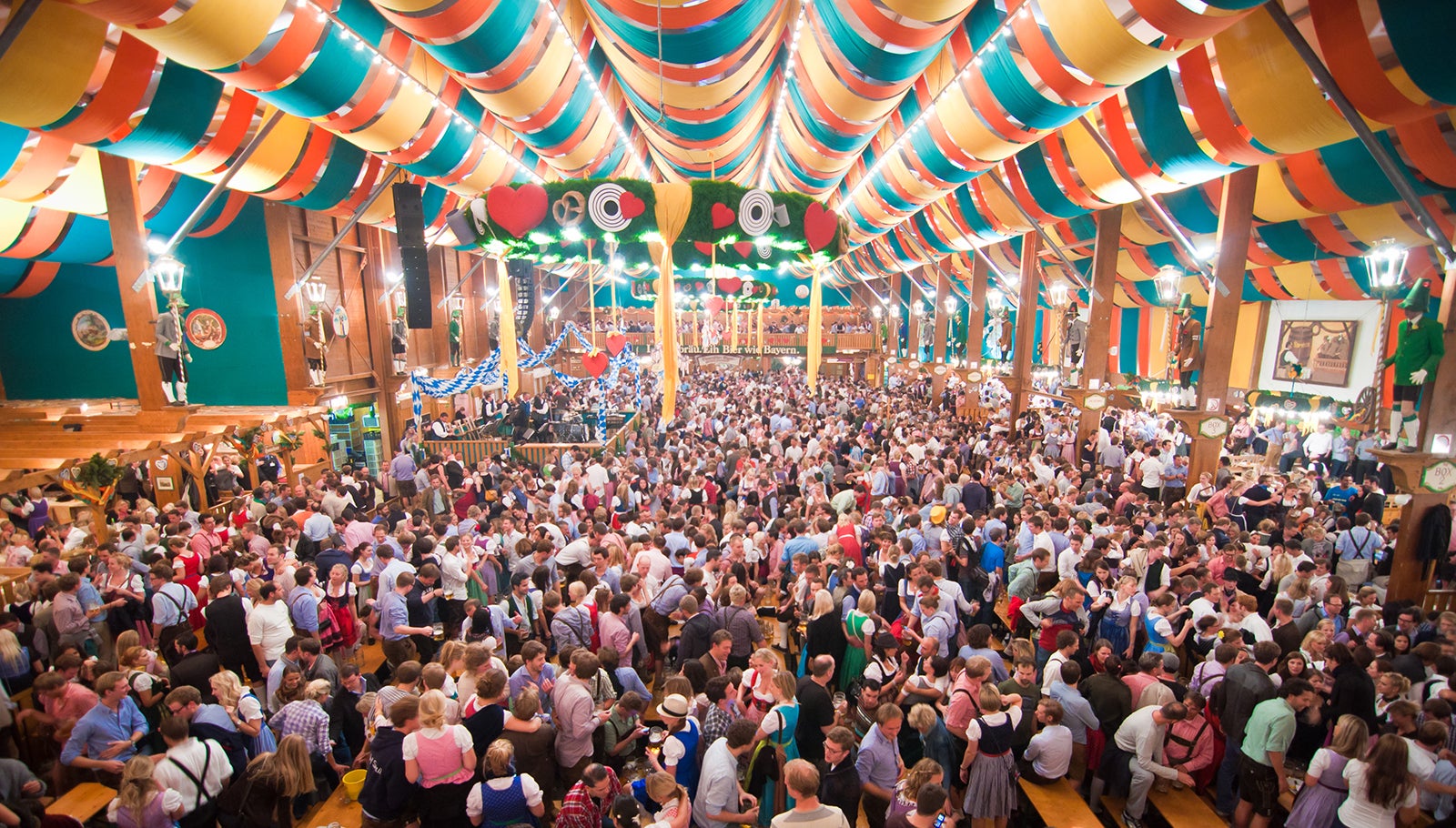 One of the world’s most iconic festivals returns this fall, after a two-year hiatus because of the COVID-19 pandemic. In Germany Friday, Munich city leaders announced Oktoberfest will return in 2022. According to an announcement posted on the event’s official website, Munich Mayor Dieter Reiter said he gave the green light to move forward with the celebration this year “after careful consideration” both of the pandemic situation and the ongoing war in Ukraine.

“Ultimately, it’s up to everyone to decide for themselves ... whether and how much they want to celebrate,” Reiter said Friday as he instructed city and event officials to “initiate the staging” of the event, “without conditions and without restrictions.”

The announcement means the event will return for its 187th year after being canceled in 2020 and 2021 because of COVID-19.

For so many years, Oktoberfest has been both a popular celebration for visitors who come from within Europe and a bucket list event for plenty around the world. From its beer and signature large tents to food, parades and carnival rides, there’s no doubt fans missed Oktoberfest in recent years.

Related: Missing Oktoberfest? Satisfy your love for beer in the US

The 2022 gathering officially kicks off Sept. 17, with the ceremonial "first tapping" of the beer. This will be followed by a thousand-participant parade featuring horse-drawn carriages, politicians, brewers, family members and event participants.

Oktoberfest’s director said the decision to move forward with the festival this year is good for people and the economy, anticipating a “mega” event this fall, given pent-up demand and the success the city saw with recent spring festivities.

With recent price trends suggesting fall could be a less expensive time to travel than summer — especially if you book now — we found some decent options for those looking to pack up and make the trip to Germany this autumn to take part in the return of Oktoberfest. These include options for travelers hoping to pay the cash price for their ticket, or redeem saved-up miles.

Checking Google Flights options out of the New York area during the two weeks Oktoberfest is happening in late September and early October, I found a great fare on SAS — the Scandinavian carrier and Star Alliance member — for $532. The itinerary, departing out of Newark Liberty International Airport (EWR), involves a quick stop in Oslo, Norway, en route to Munich International Airport (MUC).

On the return flight, you’ll have to make a longer stop in Copenhagen. It’s not terribly convenient; you get in just before 8 p.m. and have to depart for Newark in the middle of the following day. However, it could be enough time to grab some dinner and get a quick feel for the city on your way home to the U.S.

Meanwhile, prices did look higher on U.S. legacy carriers, but I found a pretty good redemption for those with United MileagePlus miles to spend. The best round-trip price during Oktoberfest I could find on United was $978, but I found you could get there and back for 60,000 miles.

According to TPG’s valuations, 60,000 United miles are worth about $726, so that’s a decent redemption. The one downside: You do have to pay $133 in fees on top of the mileage. The upside: The flights between Newark and Munich are direct!

I found some respectable redemption options for those looking to use points while staying near Oktoberfest. I looked at three-night stays in Munich, operating under the assumption that a few days at Oktoberfest might be sufficient before travelers would move on to explore other parts of Germany.

First up is the Hilton Garden Inn, which is just about a mile and a half away from the festival grounds. You can get a room at the hotel for 50,000 Hilton Honors points per night, worth about $300 according to TPG’s valuations. That’s a decent savings over the $364 nightly cash rate.

Meanwhile, a bit farther across town (about 15 minutes away) is the Residence Inn Munich East. The nightly cash rate is around $370. If you have the points, though, you’re better off paying the points rate that comes to 87,000 Marriott Bonvoy points for the three-night stay, an average of 29,000 points per night.

Related: Use points to book these hotels near Oktoberfest

Oktoberfest is always an event full of great food, beer, entertainment and culture, and after a two-year hiatus, fans are sure to be excited it’s returning in 2022.

Considering how busy — and potentially expensive — the summer travel months are looking, this could be a great way to not just travel in the more quiet autumn months, but immerse yourself in the season while you’re at it.