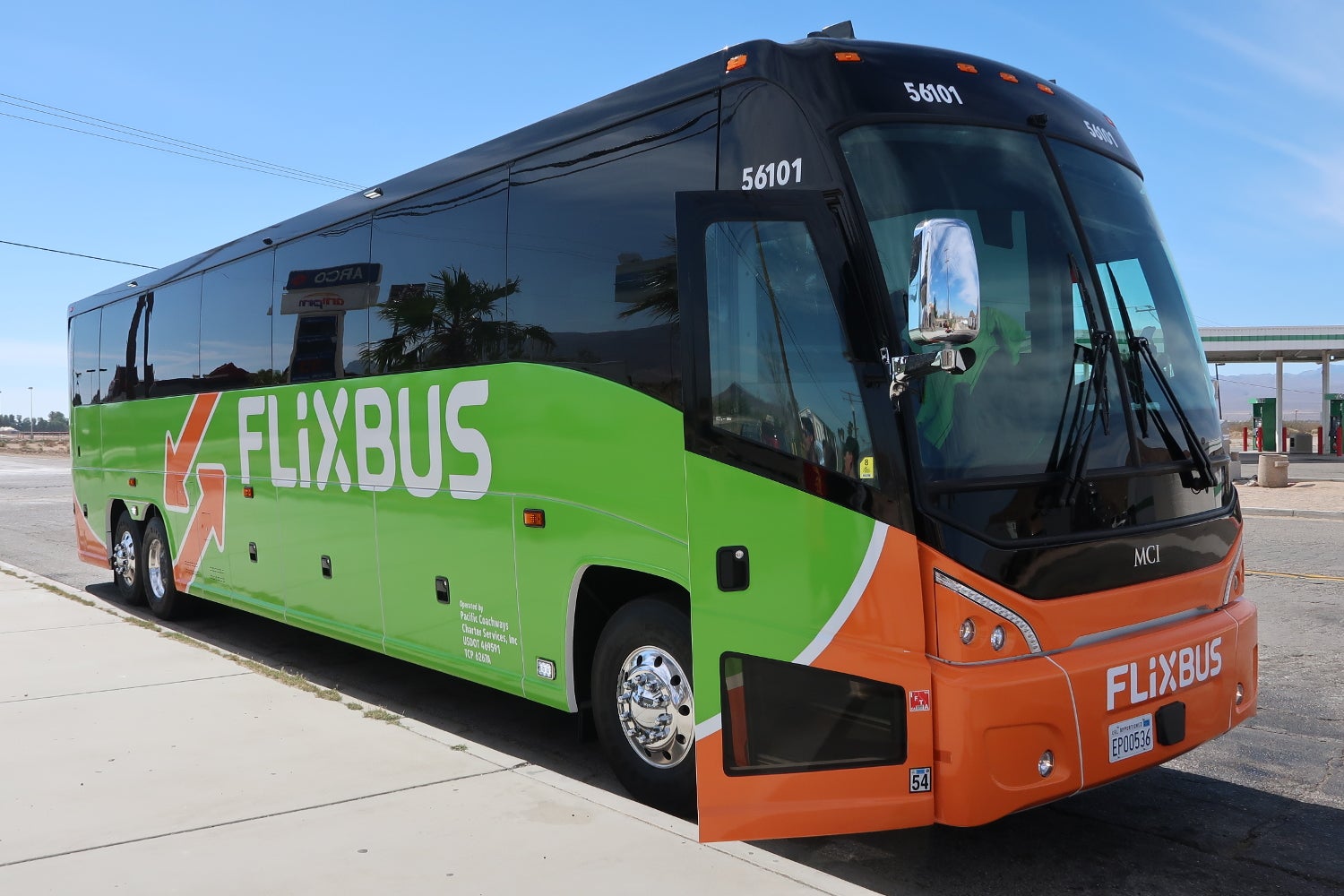 FlixBus expands Northeast network with fares starting at $7 one-way
This post contains references to products from one or more of our advertisers. We may receive compensation when you click on links to those products. Terms apply to the offers listed on this page. For an explanation of our Advertising Policy, visit this page.

Just a few months after launching its Northeast route network, FlixBus is expanding yet again. On Sept. 23, the low-cost city-to-city bus company announced it's expanding service into Boston later this week. To kick off the new service, FlixBus has dropped fares on the new route to just $4.99 per person — before a $2 booking fee.

Boston-based passengers can catch a ride between Boston and New York City 3-5 times daily. The journey from either Boston's Traveler Street or Tufts University to 31st Street in Manhattan is scheduled for 4:15 hours.

Even before factoring in local transit, that's longer than half of the options tested in TPG's recent race from Boston to NYC. However, at just $7, FlixBus is a much cheaper option than taking a plane or train:

Passengers can also now book a FlixBus all the way from Boston to Washington, D.C. with a transfer in NYC, but these itineraries are much longer. For that route, it's probably best to take a flight.

When the route launches on Sept. 26, Boston will become the 70th U.S. destination on Flixbus' ever-growing route map — which will now be due for another update. Flixbus operates four separate regions in the U.S.: West Coast/Southwest (starting in May 2018); Texas, Louisiana and Mississippi (March 2019); Utah mini-network (April 2019) and Northeast U.S. (May 2019):

As a veteran of FlixBus rides in Europe and the U.S., Katie and I haven't had a bad experience on the lime-green buses. Each bus we've taken has been new and clean, the power outlets have worked and we have only had minor delays. While the on-board amenities — like Wi-Fi and availability of buy-on-board food/drink — have been hit and miss, the cheap FlixBus fares make the experience an incredible value.

However, it's important to keep in mind that FlixBus doesn't own or operate any buses in the U.S. Instead, it partners with local bus companies to operate the routes while FlixBus plans the routes, markets and sells tickets. Indeed, FlixBus markets itself as "Europe’s leading mobility startup" — meaning that it operates more like Uber than Greyhound. Across the world, FlixBus partners with over 250 bus operators in 19 countries.

To maximize your point earnings and to protect yourself in case of a trip delay, we recommend booking FlixBus rides with the Chase Sapphire Reserve. Other top choices include the Chase Sapphire Preferred Card and U.S. Bank Altitude Reserve Visa Infinite Card — both of which also offer trip delay reimbursement.