Articles
Darren Murph holds a Guinness World Record as the planet's most prolific professional blogger. He's an explorer at heart, having traversed nearly 50 countries and all 50 US states. He's flown over one million miles on Delta alone, and serves as a senior writer at TPG.
Follow
March 21, 2019
•
3 min read 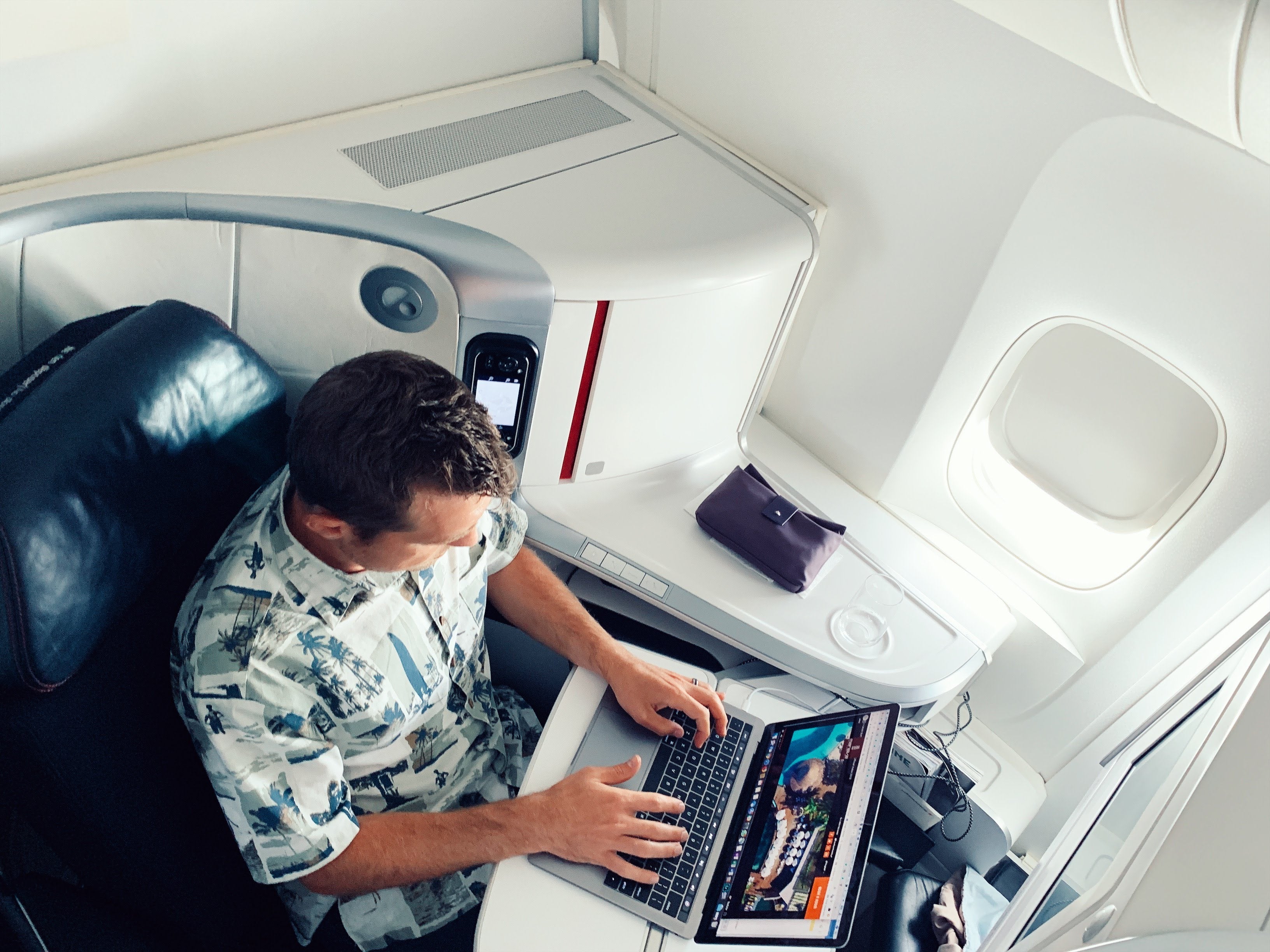 Tip: It Pays to Check Premium Cabin Pricing Before Booking Economy
This post contains references to products from one or more of our advertisers. We may receive compensation when you click on links to those products. Terms apply to the offers listed on this page. For an explanation of our Advertising Policy, visit this page.

Premium economy, business class and first class are higher on the pecking order than economy, which means that they'll always be more expensive, right? Not exactly. While you'll pay more for a superior seat, cabin and overall flight experience the vast majority of the time, a recent discovery in the TPG Lounge shows why you should always check pricing on all cabins before clicking purchase on an economy ticket.

Particularly on award tickets, where you're exchanging points or miles instead of cash, booking engines at major airlines like Alaska, American, Delta and United have been known to price extra-legroom economy, premium economy and first/business class below economy.

TPG reader Avi recently discovered that he could save 32,000 Delta SkyMiles — worth $384 per TPG's latest valuation — by flying in first class rather than coach on a trip from New York (JFK) to Orlando (MCO).

Earlier this month, I noticed that something was amiss with award tickets on Delta's impending A330-900neo, set to begin service between Seattle (SEA) and Shanghai (PVG) this July. While a round-trip ticket was pricing at 86,000 SkyMiles for economy, the same round-trip was available for just 60,000 SkyMiles in Premium Select.

TPG Points & Miles Backpacker Brian Biros notes that on some exotic routes, such as the once-weekly LATAM jaunt between Easter Island (IPC) and Papeete, Tahiti (PPT), even business class cash fares can price at equal to or less than economy fares. For this route in particular, LATAM rarely discounts economy fares, which means that you could stumble upon a discounted business class fare in situations where the economy cabin is nearly full but the forward cabin has plenty of availability.

It's worth paying particular attention to premium cabin pricing on routes to/from hot tourist destinations such as Orlando (MCO). On routes where families grab up multiple seats at a time without considering that they may be able to afford first or business class, economy cabins can fill up while forward cabins remain empty. This is a perfect storm for scoring a premium cabin fare that's either similar in price to economy, or perhaps even cheaper.

Have you scored a premium cabin ticket for less than economy? Share your story in comments below!