How to Plan a Trip to Easter Island

Articles
Brian Biros spent most of the last 15 years backpacking through 100+ countries. He writes TPG's Points & Miles Backpacker column, so you'll more likely find him in a hostel than a Ritz, if you can find him.
Follow
Feb. 25, 2019
•
9 min read 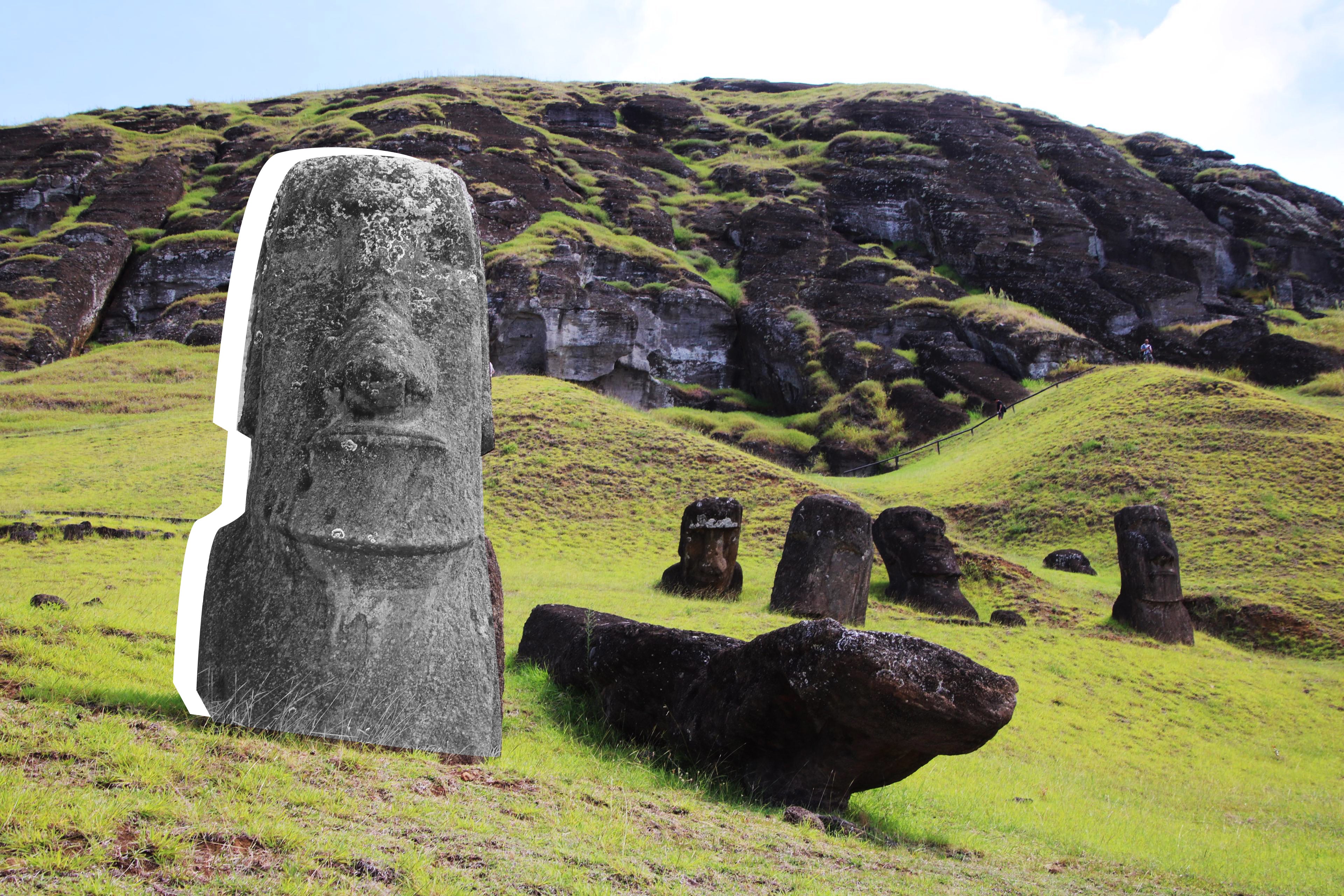 Few places on the planet posses the intrigue of Easter Island, where iconic moai statues guard the coast. To this day, the legends surrounding the Chilean territory attract tourists from across the globe. For many travelers, one of the greatest mysteries is how to even begin planning a trip to this remote island 2,100 miles from continental Chile.

Easter Island — called only by its native name, Rapa Nui, on the island — was never fully abandoned. Thousands of Rapa Nui people continue to live there to this day. And those imposing moai statues? They're thought to represent the spirits of ancestors, and were placed on stone altars called ahus across the island, usually near the ocean.

Though hypotheses abound, there's still plenty of mystery encircling Rapa Nui — like how the massive moai were transported across the island in the first place.

One thing that's not a mystery anymore? How to get there, and what you should do once you arrive. Having just spent a week on Rapa Nui, I couldn't help but feel like an archaeologist exploring a destination with so much history still to be uncovered.

Why You Should Go Here

At some point, Easter Island beckons every seasoned traveler. The extremely isolated location and significant effort and expense to reach it mean it's rarely one of the first ticked boxes on any bucket list. But travelers searching for something intriguing and unexpected will probably be drawn to this island destination eventually.

There's plenty of information about Easter Island readily available, but no documentary can encapsulate the feeling of gazing up at a moai that stares past you toward the horizon — or sitting in a park with a local cursing the explorers who came to his island and thought they could explain his people's history. (This happened to me.) During a trip here, you'll undoubtedly learn a lot about the tension between Rapa Nui and Chile.

And the landscape is unlike anywhere else I've visited on my South Pacific itinerary. Some inland stretches more closely resemble the rocky, rolling fields of Ireland than an island in the South Pacific.

Things to Do on Rapa Nui

Rapa Nui National Park is spread across the island and contains the most important archaeological sites and restorations. Rano Raraku is the volcanic crater from which the moai were formed. Here, you'll find the widest range of moai in various sizes and stages of completion — many overgrown or toppled over. The construction site was abruptly abandoned centuries ago.

Nearby, Ahu Tongariki has the most standing moai. Fifteen are lined up in formation and tower over admirers below, many there to witness the sun rise behind them.

With swaying palms and a white sand beach, Anakena is the one spot on the island that resembles elsewhere in the South Pacific.

Walking distance from the main town of Hanga Roa, the moai of Ahu Tahai overlook a grassy field large enough to comfortably host seemingly every tourist on the island at sunset.

Head to Orongo to see the eerie bog deep inside the Rano Kau crater and the views beyond, to the Pacific Ocean. But stick around and explore the national park site that tells the story of the so-called Birdman cult that enraptured the Rapa Nui people.

Elsewhere on the island, you'll find plenty more archaeological sites and moai — nearly 1,000 of them were created.

Most goods are shipped to Rapa Nui from far away, which normally means higher prices and lower quality. The obvious exception is seafood, and Rapa Nui does that right.

Ceviche is a popular favorite, and the locals head to Makona for the best combination of quality and value. Note that the entrada, or appetizer, portion is almost as big as the main course and costs less than half the price. Wash it down with delicious (but pricey) Mahina beer, Rapa Nui's very own microbrew.

This small island is only about 10 miles across, and you really only need a few days here. Many visitors feel the need to stay a week or longer to justify the journey and the expense, but they often find themselves queued up at the LATAM airline office in town switching to an earlier flight out.

If you're traveling with company or have made friends, you can save money by renting a car (from $60 per day) instead of paying for a guided tour. However, make sure you have a thorough guide or reference book. If you don't want to miss a local guide's information, you can opt for a half day tour where you'll hear the majority of pertinent information, and then explore the rest of the island at your own pace. Everything is cheaper booked locally and sometimes negotiable.

It is possible (but not recommended) to see all the major sites in one long day, but even spread out over few days, you may run out of activities and sites quickly. If you are planning a longer stay, a few top-notch dive sites can keep you occupied, as can exploring the caves in Tahai or hiking and horseback riding the oft-overlooked region near Maunga Terevaka.

I highly recommend you plan your visit during the annual Tapati Festival during the first two weeks of February every year. A playful combination of Polynesian Olympics and an extraordinary talent show, the upbeat display of Polynesian culture might be the best in the South Pacific. With only an event or two per day (such as banana tree sled races and choreographed dance performances starring hundreds of Rapa Nui in traditional costumes) you'll still have plenty of time to explore the national park.

LATAM is the only airline that services Mataveri International Airport (IPC), so there's little incentive to discount tickets, and the carrier's flights from Santiago (SCL) are almost never bookable with miles from a partner carrier. (In fact, you may have better luck getting there in a Polynesian canoe than with a Oneworld partner award ticket from Chile.)

However, LATAM does have frequent availability on the once-weekly flights from Tahiti for just 12,500 British Airways Avios each way.

Otherwise, round trip flights from Santiago will usually cost over $500, although I've heard of them occasionally dropping to $300 last minute. Make sure you also compare flight prices using a Chilean point of sale.

If you do find yourself paying a steep fare, check the business-class price, which is sometimes comparable or even cheaper than economy! And if you want to go next level, Rapa Nui works very well as a stop on a Oneworld around-the-globe ticket.

Pretty much all of the lodging on the island is in the town of Hangoa Roa, next to the airport. Expect to pay between $100 and $200 for a room, or more. You won't be able to redeem hotel points at any properties here, so it's a good candidate for the Citi Prestige fourth night free benefit. (Think: the ultra-luxury Explora Rapa Nui, where a four-night stay during the low season starts at $2,280 per person.)

If you're traveling solo like I did, La Casa De Kori is a decent hostel with beds starting at $27 per night. Which is great, because there aren't many other budget options.

This story has been amended to clarify that partner award flights to Easter Island are extremely difficult to get, but not impossible.