Hotels are charging how much for a room this fall? The numbers might shock you

Articles
Cameron Sperance is a senior hotels reporter at TPG. He covers anything to do with the hotel industry, from the guest experience to the business itself.
Follow
Sept. 06, 2022
•
7 min read 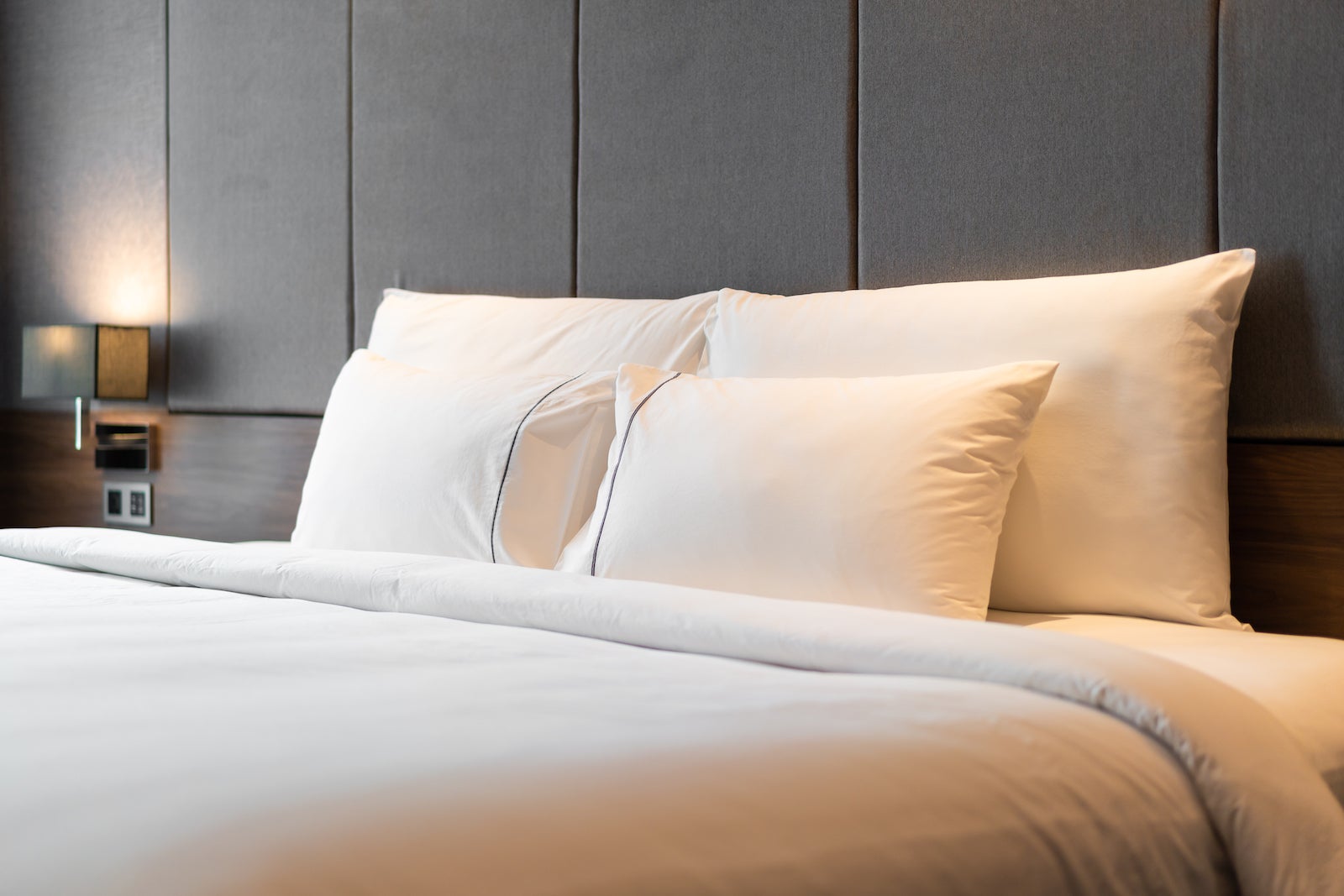 Hotels are charging how much for a room this fall? The numbers might shock you
This post contains references to products from one or more of our advertisers. We may receive compensation when you click on links to those products. Terms apply to the offers listed on this page. For an explanation of our Advertising Policy, visit this page.

If you think hotel rate inflation is a thing of the past heading into the fall, don’t hold your breath.

But industry experts also caution hotel companies from getting too ahead of themselves in terms of what they might be able to charge for rooms in the back half of this year — especially in light of so much economic uncertainty.

An AC Hotel — a usually affordable select-service brand by Marriott International — near Boston College’s campus is charging close to $500 a night on certain weekends this fall, according to Marriott’s booking site. Down south, the Graduate Hotel in Oxford, Mississippi, is going for more than $800 a night during a weekend in October, per the Graduate reservation system.

And you might want to sit down for this one: A TownePlace Suites — another usually affordable Marriott brand — in one U.S. college town managed to charge $1,500 a night for some rooms during a football weekend, CoStar News reported.

It’s not just college towns, either.

The W Nashville is going for north of $500 a night for certain weekends, and it isn’t unheard of to see brands like Hilton Garden Inn in New York City going for over $400 a night.

Depending on who you ask, those rates could climb even higher. Executives at the major hotel parent companies think they have pricing power heading into the end of 2022 — even if U.S. inflationary data shows hotel rates are no longer a leading driver of inflation.

Hotel rate inflation data released in early August showed rates up only 1.3% from a year ago compared to earlier this year when rate hikes exceeded 20% for several months, per the Consumer Price Index.

Demand drivers like group and corporate travel have yet to return fully after the pandemic. Also, reduced travel restrictions and a swelling sentiment the world is generally moving to viewing coronavirus more like an endemic — viewed akin to the common cold or flu — means these two sectors could surge in the fall and drive rate higher, the thinking goes.

“As we think about going forward, it has been very encouraging to see the strength of group and the strength of group [room] rate,” Leeny Oberg, Marriott’s chief financial officer, said on an investor call last month. “So, as we think about all the possible outcomes for the economy over the next couple of years, that strengthening group [performance] is quite encouraging."

The CEO of Marriott's top competitor appears to agree.

“When we think about the group side, while we don’t think in the second half of the year we’ll get all the way back to where we were in 2019, we’re going to get awfully close,” Hilton CEO Christopher Nassetta said on a company earnings call in July.

A bulk of hotel CEOs and chief financial officers this earnings season downplayed the idea inflation and any potential recession would be a deterrent to the travel recovery, as there is still pent-up demand for travel.

There are plenty of studies out there that back these claims and show people are willing to forego other types of discretionary spending in favor of maintaining a trip.

U.S. hotels outperformed pre-pandemic levels throughout the summer and continue to do so heading into fall, according to weekly performance data from industry provider STR. But these performance gains largely bank on the ability to charge higher rates rather than hotels getting filled up.

For example, occupancy was down last week from 2021 in the midscale and economy segment, but rates were 5% higher — meaning flat performance in the economy segment of hotels and a 5% gain for midscale properties.

Those rate hikes may hit an impasse, particularly for more financially vulnerable travelers.

“In the pandemic, people were stuck at home [and] they accumulated savings. Then, they went on a buying spree: revenge travel and all that,” said Edouard Schwob, an executive vice president within the asset management division at JLL Hotels & Hospitality. “It’s now back to the reality that, ‘Well, I'm being hit by [high] energy prices and being hit by all those increases in cost everywhere.'”

Higher prices and economic uncertainty inevitably will be a headwind for certain types of hotels.

The rate limit does exist

Analysts are taking a more selective stance on where they think rates could continue to climb and where there might be an end to the pricing power runway.

The group and corporate travel sectors might be on track for a comeback this fall, but large companies typically have negotiated rates for the year that are nowhere close to what hotels have been able to charge leisure travelers during the pandemic.

That stunts some degree of rate growth, assuming the industry is able to welcome back a higher number of business travelers in the coming months.

“We have seen tremendous pricing power driven by the leisure traveler, but as school starts and people stay home and only do weekend trips, we will likely continue to see healthy room rates on the weekends,” said Jan Freitag, national director of hospitality analytics at CoStar. “But this is now going to be balanced out by the corporate trends in travel and by the corporate group traveler, who traditionally have not paid the best available rate but always a percentage off that.”

The pullback in leisure travel, especially as school is back in session and many companies adopt a hybrid work model where workers are required to be in the office at least two or three days of the week, means greater reliance on sectors that typically travel during the middle of the week and pay less.

Hilton’s Nassetta was the most vocal about how the company was pursuing more business from travelers associated with small- and medium-sized companies — those that typically don’t have the special corporate rates like a massive consulting firm — given the demand resilience during the pandemic.

But analysts interviewed for this story said it was too early to detect if that strategy would pay off in terms of achieving higher rates.

That would also explain why weekend rates this fall are so high at the hotels mentioned earlier: Charge the types of travelers who show they are willing to fork over quite a bit for a place to stay.

But don’t get too crazy with so much economic uncertainty and debate over whether the U.S. is or isn’t in a recession.

“There is still some pricing power, but there is a combination of factors,” Schwob said. “Some people start to get priced out. There is less sensitivity with the luxury segment, where we are still seeing these very high prices, but then I'm seeing some lower segments — some three- and four-star properties — that really start to struggle with the concept of pushing the rate forever.”

Basically: Enjoy that $1,500 rate on college game day while you can, TownePlace Suites.