Articles
Nick Ewen is a director of content at TPG and was one of the site's first contributors in 2012. He’s visited 52 countries (and counting) and has taken his 7-year-old daughter to 24 of them.
Follow
June 29, 2022
•
8 min read 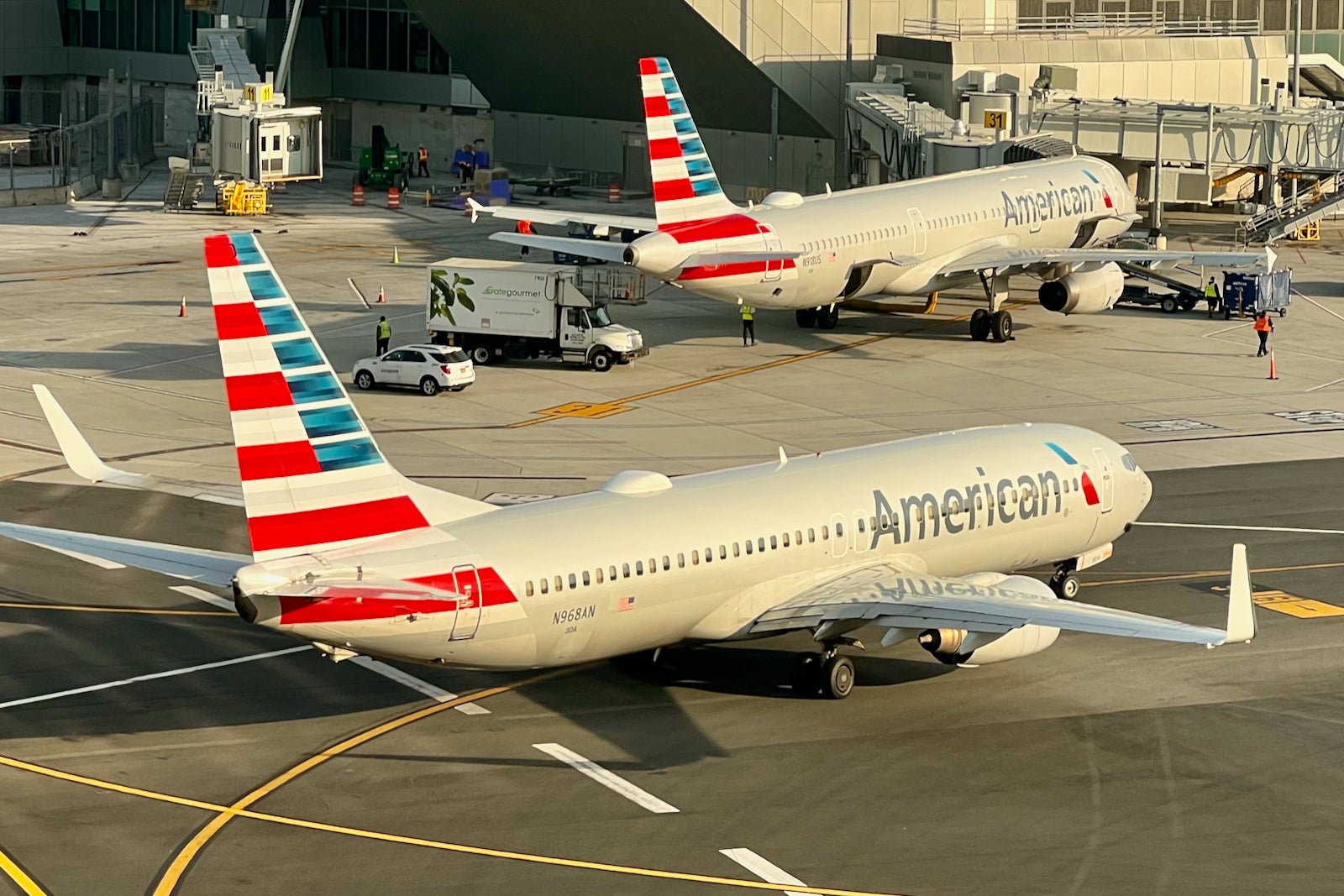 Airline and hotel elite status can make your travel journey more comfortable and less stressful, all while saving you money in the process. And while it's been years since I earned airline elite status the "hard" way (by reaching full qualification thresholds rather than using status matches or promotional offers), I still believe that even low-level status can make a big difference.

So, when American Airlines launched its new method for earning AAdvantage status — Loyalty Points — I was intrigued. Was it possible to strategically spend my way to status without a huge out-of-pocket expense and without setting foot on an American plane?

The answer was a resounding yes.

Here's how I was able to effectively spend less than $100 to earn American Gold status, all without a single paid flight.

As a quick review, you can now earn AAdvantage status through just about any qualifying activity with American Airlines. At its most basic level, 1 AAdvantage mile equals 1 Loyalty Point (though certain activity, like a bonus on a credit card, doesn't count). Then, you can earn elite status by reaching the following thresholds:

However, to unlock American's Loyalty Choice Rewards at the two higher tiers, you must fly at least 30 qualifying segments.

In making this change, American also shifted the typical qualification year. Instead of a calendar year (from Jan. 1 through Dec. 31), your qualification would run from March 1 through Feb. 28 (or Feb. 29) of the following year.

And in 2022, this meant two months — January and February — where members could "double dip" by earning status based on the old criteria while simultaneously earning it based on the new one, too.

Related: Will we be upgraded in 2023? Here’s where TPG’s staff stands midyear on our airline status quest

How I did it

When I set out to push for AAdvantage Gold status, I didn't have any paid American flights, so I knew I'd need to leverage other ways to earn miles (and thus Loyalty Points). In some cases, I was able to combine more than one strategy for my own double or triple dip. Ultimately, however, this came down to four distinct earning opportunities:

In all, I had 41 separate transactions, but the best part is that the vast majority of these were purchases I was going to make anyway. And by strategically using the above opportunities (as opposed to using a different shopping portal, for example), I was able to turn my everyday activity into elite status.

That said, by opting to earn American miles and Loyalty Points, I did forgo the chance to earn other rewards. For example, if I could choose between earning 1 Chase Ultimate Rewards point or 1 AAdvantage mile, TPG's valuations would push me to pick Chase since those points are worth more.

As a result, my calculations include those opportunity costs — essentially the total additional value I sacrificed by my decision to pursue Loyalty Points.

However, if the American option was the most rewarding route for a specific transaction, I left this at $0.

Breaking down the numbers

In all, I earned a total of 30,044 Loyalty Points, with the last transaction posting on June 9. This means it took just over five months to reach Gold status.

In the process, I also earned 30,404 redeemable miles (this included some bonuses that didn't count as Loyalty Points). Here's a breakdown of the overall numbers:

The top number is essentially worthless, in my opinion. Instead of worrying about my total cost, I only care about the additional purchases I made that wouldn't have happened had I not been pursuing American elite status.

One example is my purchase with Spot & Tango, a dog food delivery service. I wouldn't have ordinarily shopped with this merchant, but by activating a trial membership at a total cost of $49.89, I earned 3,430 Loyalty Points — thanks to both an AAdvantage Shopping bonus and a SimplyMiles offer.

In addition, those Loyalty Points also posted as 3,430 redeemable AAdvantage miles, which are worth $60.71 based on TPG's valuations.

As a result, this lucrative purchase not only made me money (from a net value perspective) but the single transaction covered more than 11% of my progress to status.

So, when factoring my opportunity costs as well as the value of the miles I earned, I spent the equivalent of $84.58 for American Airlines Gold status.

What else did I get?

Of course, even though some of these purchases were made with the sole intent of earning American miles and Loyalty Points, that doesn't mean they got me nothing else. Aside from Gold status and the redeemable miles, here's what else I received:

Sure, the few bottles of wine we've tried haven't been outstanding, and the crystal wine glasses are still in the original box, ready to be donated the next time we need to contribute to a gift basket for a charity auction. Nevertheless, it's important to highlight these tangible items, as one could argue that they offset even more of the $431.41 of extra money I spent.

Was it worth it?

I do have some upcoming American flights in the second half of the year and early 2023, and my status will be valid through March 31, 2024. I'll be able to select preferred seats, upgrade to Main Cabin Extra at check-in and enjoy free checked bags on shorter international flights (American's cobranded cards only waive these fees on domestic flights). I'm even eligible for complimentary upgrades on short- and medium-haul trips across American's network.

But perhaps more importantly, pursuing status without taking any American-operated flight was, well, fun. I really enjoyed hunting for opportunities to earn bonus miles and extra Loyalty Points, especially when they aligned with my everyday spending activity. Some TPG staffers (and AAdvantage members) have bemoaned the gamification and perceived convoluted approach to earning status, but I (for one) enjoyed the challenge.

So, will I stop here? Or do I now have my eyes set on snagging Platinum status?

As of now, it's too early to tell, though I don't think I'll go out of my way to earn the nearly 45,000 additional Loyalty Points I'd need.

That said, I will continue to shop through American eShopping, utilize SimplyMiles offers and swipe my AA Executive Card when it's advantageous to do so — or when it's a transaction I'm already going to make.

It's also worth noting that my upcoming American flights now accrue Loyalty Points at a 40% faster rate than they would without status. And I also now earn an extra Loyalty Point (and AAdvantage mile) for every dollar I spend at Hyatt properties thanks to American's partnership with World of Hyatt.

So, there's an outside chance that I'd be able to reach Platinum, but I'm not going to actively pursue it.

Beyond that, I don't see the value in pushing for Platinum Pro or Executive Platinum, mainly because I don't plan to hit the 30 required segments to unlock American's Elite Choice rewards.

When American's new approach to earning elite status launched earlier this year, I thought it would be a fun challenge to go for Gold and track just how inexpensively I could do it. And when I finally passed the 30,000-Loyalty Point threshold, I had my answer.

With the equivalent of just $84.58 in extra, out-of-pocket spending, I earned American AAdvantage Gold status.

Is this a little off the wall? Well, sure. But it also shows how a little creativity can go a long way in the world of points and miles.