Why I love the Dornier 328JET 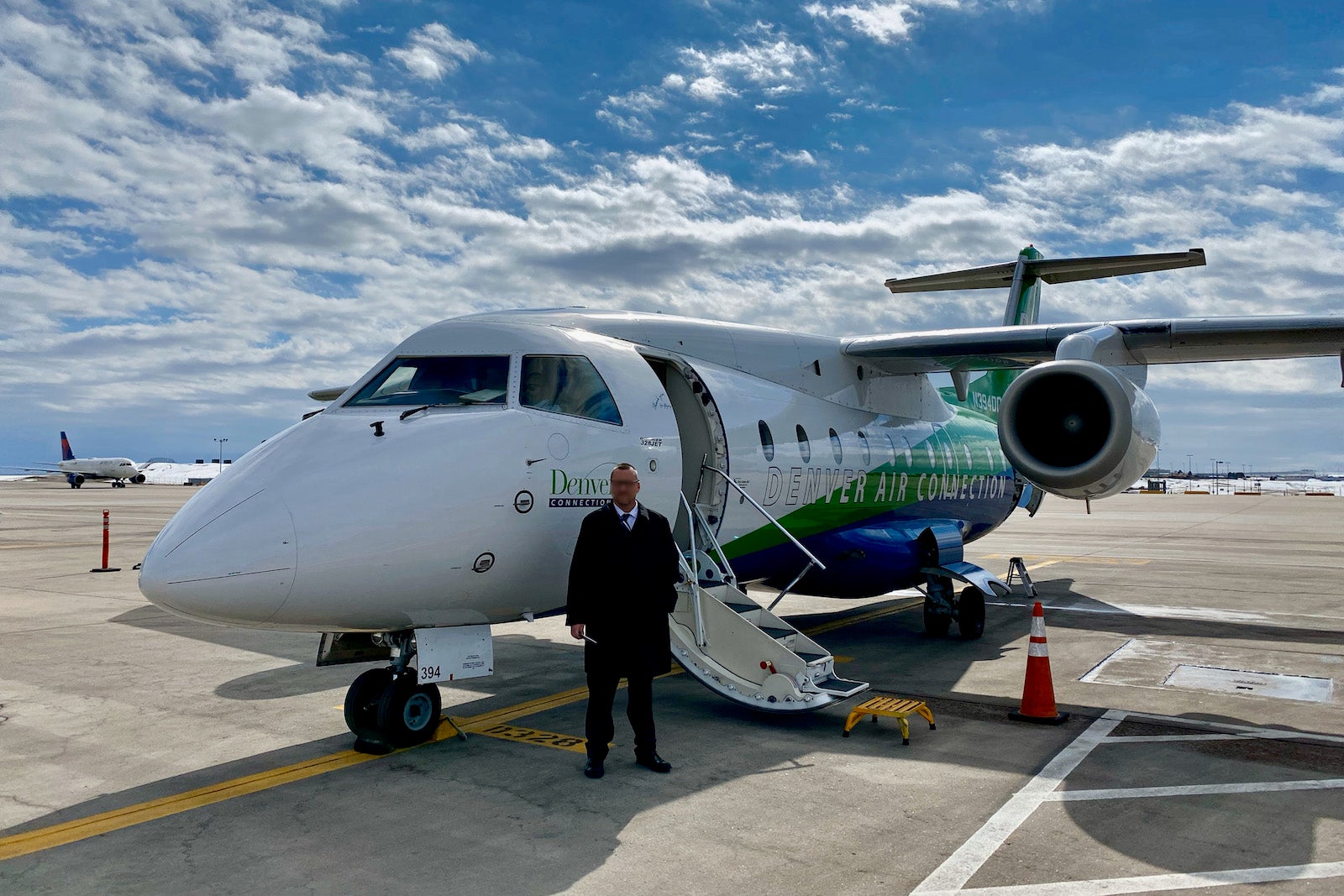 I get excited about all things aviation, like many TPG staffers and readers. So when I recently had the chance to fly a new airline for me — Denver Air Connection — from Denver (DEN) to Telluride (TEX), you can imagine how excited I was. Even more exciting is that the airline operates a fleet of Fairchild - Dornier 328JETs, a plane I’d never been on before.

While I’ve already detailed my experience with Denver Air Connection and the impressive snack basket, the best part was flying the 328JET. Read on for why.

The first thing I noticed once we commenced our takeoff roll was how quiet the plane was. If I closed my eyes, I would’ve bet that we were flying a Boeing 787 or Airbus A220, not a small regional jet.

The 328JET is the result of American aerospace company Fairchild taking over Germany-based Dornier in the 1990s and turning its 328 turboprop into a jet by changing the engines. Neither version sold well, but both are solid examples of German engineering, unfortunately doomed by competition from bigger players. In 1997, just before the first flight of the 328JET, FlightGlobal magazine wrote that the regional-jet market would belong to companies that could develop whole families of aircraft in various sizes. Embraer and Bombardier did, and went on to split most regional-jet sales between the two of them. Fairchild Dornier could not, and its solidly built, very safe but lone product was terminated in 2002.

Another feature that I loved about the Dornier 328JET was the large windows. As an unapologetic AvGeek, I often find myself staring outside the window for most of a flight.

At 17 inches long by 11 inch wide, these windows are massive. It doesn’t get better than this on a regional jet.

And because of our routing over the Colorado Rockies, the views were just as good as the windows themselves. I didn’t once miss the lack of IFE on this flight, especially with the wings mounted on top of the fuselage, not blocking the view down.

I loved the 1-2 seating configuration, allowing couples to sit together and solo travelers to sit in single throne seats.

Furthermore, Denver Air Connection outfitted their planes with above-average seats. At 19 inches, they are quite wide, and offer 1.5 inches of recline.

One of the biggest issues I have with shuttle flights is the lack of baggage storage space. Though I needed to gate-valet my rollaboard, I found the underseat storage to be generous and the overhead bins large enough to fit my backpack.

This may not be a CRJ550 with multiple closets for carry-on bags, but it was a close second.

Compared to similarly-sized planes, the lavatory on the Dornier was downright massive. Though I’m no giant like Brian Kelly, I still need to bend my head when going into a lavatory on a regional jet. So I was quite pleased when I didn’t need to do that on my flight to Telluride.

Flying in a plane is way safer than driving in a car. But if you’re comparing planes to planes, the Dornier 328JET is one of the safest on the market.

With just one real incident in its history and no fatalities, the 328JET offers not just a comfortable ride, but a safe one too.

I bet I’m not the only one who’d never flown on a Dornier 328JET before. With just 37 of these aircraft gracing the skies, it’s a rare bird. So the AvGeek in me was so giddy when it was time for my flight.

You might've seen these jets back in the day when they were flying for Skyway Airlines, Midwest Airlines or Great Plains Airlines. But those carriers are no longer in existence, and 328JETs are a rare sight.

Though the Dornier 328JET was never a commercial success, it’s still a pleasure to fly. From the large windows to the comfortable cabin configuration, it’s a shame there aren’t more of these German-made jets flying around.

If you want to fly on one yourself, you don't have much of a choice. Besides Denver Air Connection, its only operators in the U.S. are Ultimate Air Shuttle, based in Cincinnati, and Advanced Air, based in Hawthorne, California.