Articles
Summer Hull , aka Mommy Points, ran the Mommy Points site for families who want to travel more for less using miles and points for seven years. She now heads up a variety of special projects at TPG when she isn't exploring the world with her own two girls.
Follow
June 24, 2019
•
7 min read 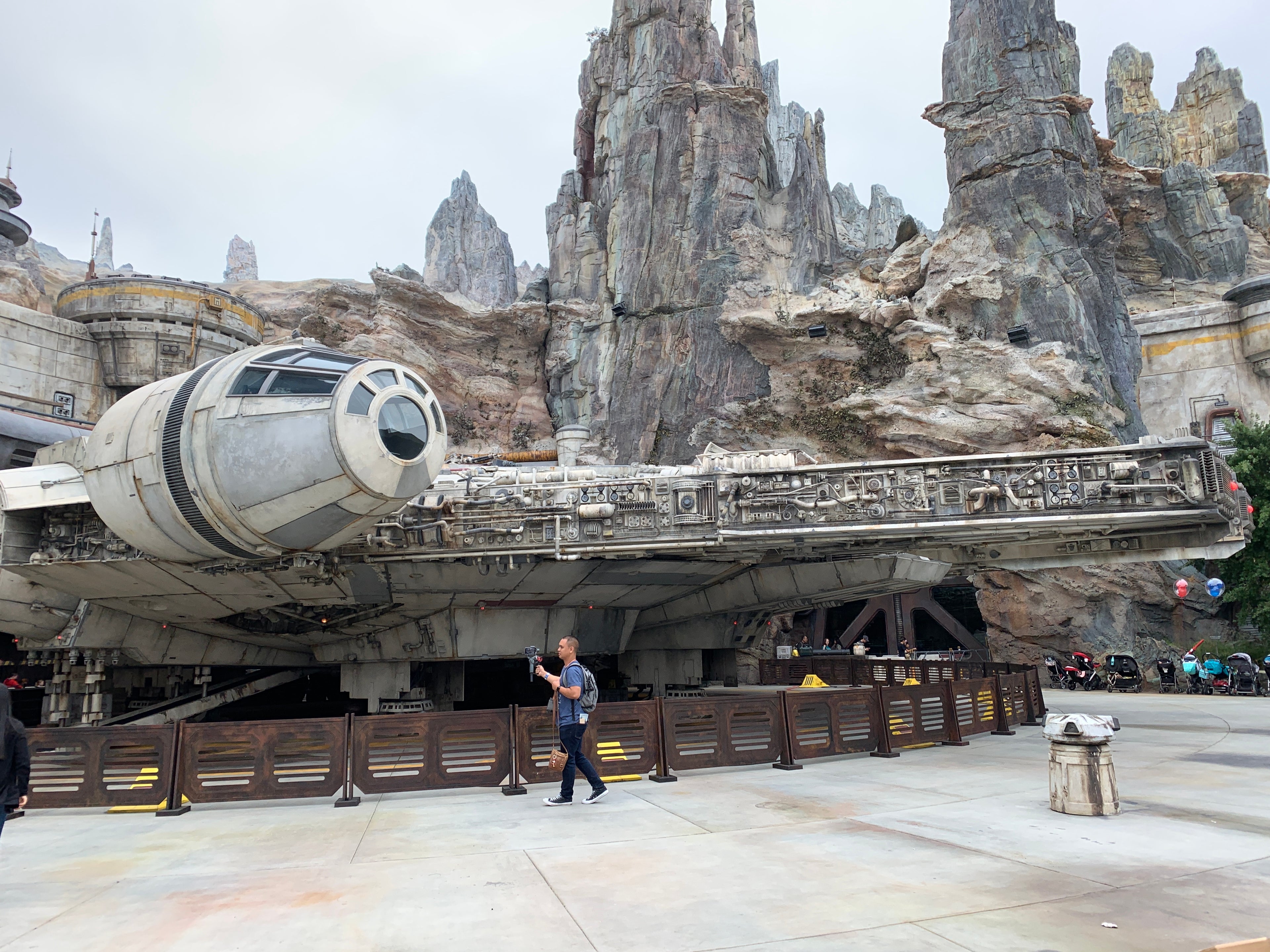 Today, June 24, is the first day that Disneyland's Star Wars: Galaxy's Edge is open to guests without a required official Disneyland hotel booking or advance reservation. However, that doesn't necessarily mean it is totally easy to visit Batuu. Here's how things are going thus far on Day One of no-reservations, which is logistically very different from the "Day One" I experienced a few weeks ago.

No Reservations Required, but That Doesn't Mean You Will Get In

From the first opening day of Galaxy's Edge on May 31 until June 23, guests to the planet of Batuu needed a Disneyland Resort reservation or free advance online Galaxy's Edge reservation to access the land. The free reservations "sold out" within hours, but that system is now Star Wars history as advance reservations are no longer accepted or required. However, that also means that no one is guaranteed a spot in Batuu.

Disneyland guests can enter Galaxy's Edge until it is deemed full. At that point, a virtual queuing system will be utilized for those already in the parks. Essentially, you can join a waitlist to get into Galaxy's Edge when it is full, but since there is no longer a maximum amount of time that guests can spend in the land, there's no guarantee when your turn will come (though Disney does give you an estimate). Our advice: Rope drop Galaxy's Edge (aka be in line before the park officially opens and head straight there). Today, Batuu switched to the virtual queuing system after being open for about an hour and then "boarding groups" began to be cleared into the land later during the morning.

Make Same-Day Reservations for Oga's Cantina and Savi's at 7am

My favorite part of Galaxy's Edge wasn't actually the one operational ride, it was having a drink at Oga's Cantina. Disneyland has tried to manage the demand for Oga's a few different ways since May 31, but they are now accepting same-day online reservations for the cantina starting at 7am Pacific each day. If you no-show your reservation, your credit card will be charged $10, but otherwise there is no charge for this reservation -- but there is a two drink maximum in the cantina.

I tried making a same-day reservation online today at 7:20am and they were all already gone for the day, but when I tried again a bit later, there were times available so don't give up.

The same general process is true for the workshop, Savi's, where you can build your own lightsaber. Disneyland now accepts same-day reservations for Savi's, but at a much higher price point. It costs $199 to build a lightsaber, and the same $199 if you make a reservation and don't show up. Just as with Oga's, I was unable to find same-day reservations when I tried exactly at 7:20am, but saw some available as I kept checking over the next hour for later in the evening.

Make advance reservation for Oga's Cantina: Two drink and 45-minute maximum, $10 if you no-show on the reservation.

Make advance reservation for Savi's Workshop: Be aware that building a lightsaber requires a nonrefundable $199.

At least one person in the party must be 14 years of age or older. Reservations are nontransferable and may not be sold or bartered. Be sure to bring a photo ID and credit card.

TPG is in the process of updating its official guide to visiting Disneyland's Star Wars: Galaxy's Edge, but in the meantime, here are my new strategy recommendations:

The park officially opened today at 8am and by 8:07am, there were reports of a three-hour wait for Smuggler's Run and within an hour, you needed to virtually queue to enter Galaxy's Edge. So, while things are seemingly going well on Batuu, you still need some strategy,

I'm just watching this all unfold online, but from my chair at home a few states away, this seems like a very successful day one of no advance reservations (especially compared to the Hagrid debacle at Universal Studios). Adding same-day online reservations for Savi's and Oga's is a win, and that really just leaves true one attraction to queue for at this point -- Millennium Falcon: Smuggler's Run (you want to be the pilot if at all possible). The second attraction, Rise of the Resistance will come online later this year.

Those counting down the days to go until Galaxy's Edge opens at Disney World can take some reassurance from how things are going at Disneyland. If you are an annual pass holder at Disney World, keep your eyes peeled to your inbox as Galaxy's Edge previews will be available before the official Aug. 29 opening.