Disney discusses future of masks in the parks, upcoming attractions in earnings call

Articles
Summer Hull , aka Mommy Points, ran the Mommy Points site for families who want to travel more for less using miles and points for seven years. She now heads up a variety of special projects at TPG when she isn't exploring the world with her own two girls.
Follow
Feb. 12, 2021
•
6 min read 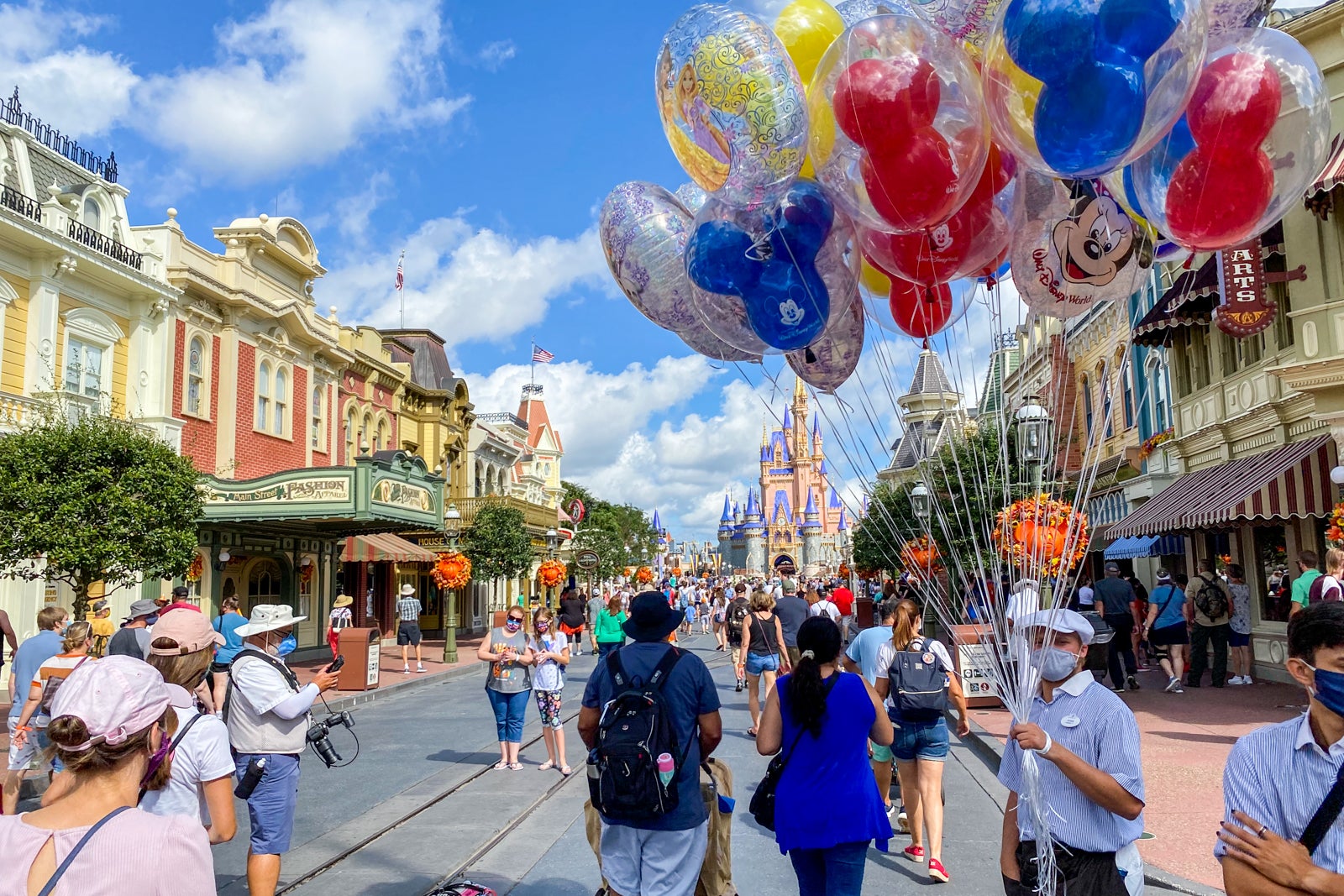 If you were hoping for a specific opening date for the Ratatouille attraction at Epcot; a reopening date for Disneyland; or a peek at the new construction timelines for Tron, the Star Wars-themed hotel or Guardians of the Galaxy: Cosmic Rewind ride, then yesterday's Disney earnings call was probably a disappointment.

Disney's CEO Bob Chapek and the top brass at Disney did, however, shed light on both current park operations as well as future planning. And what they didn't say may have been as enlightening as what they did.

Here are four things we just learned about Disney Parks and operations.

For more TPG travel news delivered each morning to your inbox, sign up for our free daily newsletter.

If you're hoping for a mask exemption at Disney World as soon as you're fully vaccinated in 2021, that's not likely. But, if you'd rather have a day in the parks without a face mask on, you may have better luck next year.

"We have no doubt that when we [reopen in] parks that were closed or increase the capacity, that we'll have some level of social distancing and mask-wearing for the remainder of this year," said Chapek. "That's our expectation."

But he said if Dr. Anthony Fauci — the nation's foremost infectious disease expert — is correct in his hope that there will be a vaccine for everyone who wants one by April, that could influence things. "If that happens," Chapek said, "that is a game changer. And that could accelerate our expectations and give people the confidence that they need to come back to the parks."

Looking further ahead, Chapek expects 2022 to look very different at Disney World after the country hits the threshold for herd immunity. But not all the changes are permanent. "... Do we also believe that we'll be in the same state of 6-foot social distancing and mask-wearing in [2022]? Absolutely not."

Disney World is holding at 35% capacity -- for now

However, the park is holding at 35% capacity to facilitate physical distancing for now. But, if you're considering a near-term visit and hoping for a mostly empty park, keep in mind that isn't 35% of the old normal, but rather 35% of the ultimate maxed-out capacity that was only hit a few days per year.

Having visited Disney World on reopening day in July and then again in October, there's no question that the October visit was significantly more crowded with many rides posting wait times of an hour or more. While that jump the park made from 25% to 35% capacity may sound relatively minimal, that actually represents up to a 40% increase in guests.

Disney said the average daily attendance in their last quarter was up significantly from their previous quarter before that, in large part due to that increased capacity.

Still, if you can go right now before the spring break crowd hits in March, you'll probably have a less busy park experience.

"In terms of the outlook for the parks for the rest of the year and the capacity, it's really going to be determined by the rate of vaccination of the public," Chapek said. "That, to us, seems like the biggest lever that we can have in order to either take the parks that are currently under limited capacity and increase it, or open up parks that are currently closed."

Disney was light on timeline announcements for the many under-construction (or already completed) new attractions, but did state that the new Avenger's Campus was scheduled to open at Disneyland "later this year."

The one other date given was for Disneyland's version of the Mickey and Minnie Runaway Railway attraction that opened at Disney World in March 2020. It's said to be making its debut in 2023.

Brief mentions were made to the Ratatouille and Guardians of the Galaxy: Cosmic Rewind attractions at Epcot, along with the upcoming nighttime show, Harmonious, also at Epcot. But Tron was, conspicuously, never mentioned in the one-hour call.

Given the slowdown of spending at Disney and Tron's lack of mention during the earnings call, I'd now firmly bet against that attraction opening in 2021 as originally planned.

On the flip side, Chapek gave a special callout to, "progress that's been made on the new Star Wars Galactic Star Cruiser hotel at Walt Disney World." That boutique experience still has a likely shot at opening later this year.

Related: Disney World projects most likely to get canceled

Disneyland not expected to reopen in the next few months

While there was good news in terms of ample demand for Disney World, things aren't nearly as rosy for Disneyland.

The original Disney theme park, Disneyland in Anaheim, California, is the only one of the company's parks that has yet to reopen at all. Some of the international Disney parks have opened and closed again at times over the year, but the gates of Disneyland have remained consistently locked since mid-March of 2020 (other than for limited dining and shopping experiences).

Disney World in Florida has been successfully reopened for more than six months and overall demand is reportedly robust. The next big change for Disney World capacity or operations will likely follow wide-scale success with a vaccine rollout.

We don't know yet if or when FastPass+ will return, but the Park Pass reservation system is likely to stick around, perhaps even after masks are retired. And, while work on certain attractions is still moving along, it's clear that others have been deprioritized.

At least for now, however, guests still seem happy with what's available. Disney World has found a way to thread the needle of making money while maintaining adjusted operations and capping capacity at a lower number of guests than usual.