Articles
Summer Hull , aka Mommy Points, ran the Mommy Points site for families who want to travel more for less using miles and points for seven years. She now heads up a variety of special projects at TPG when she isn't exploring the world with her own two girls.
Follow
Feb. 24, 2021
•
6 min read 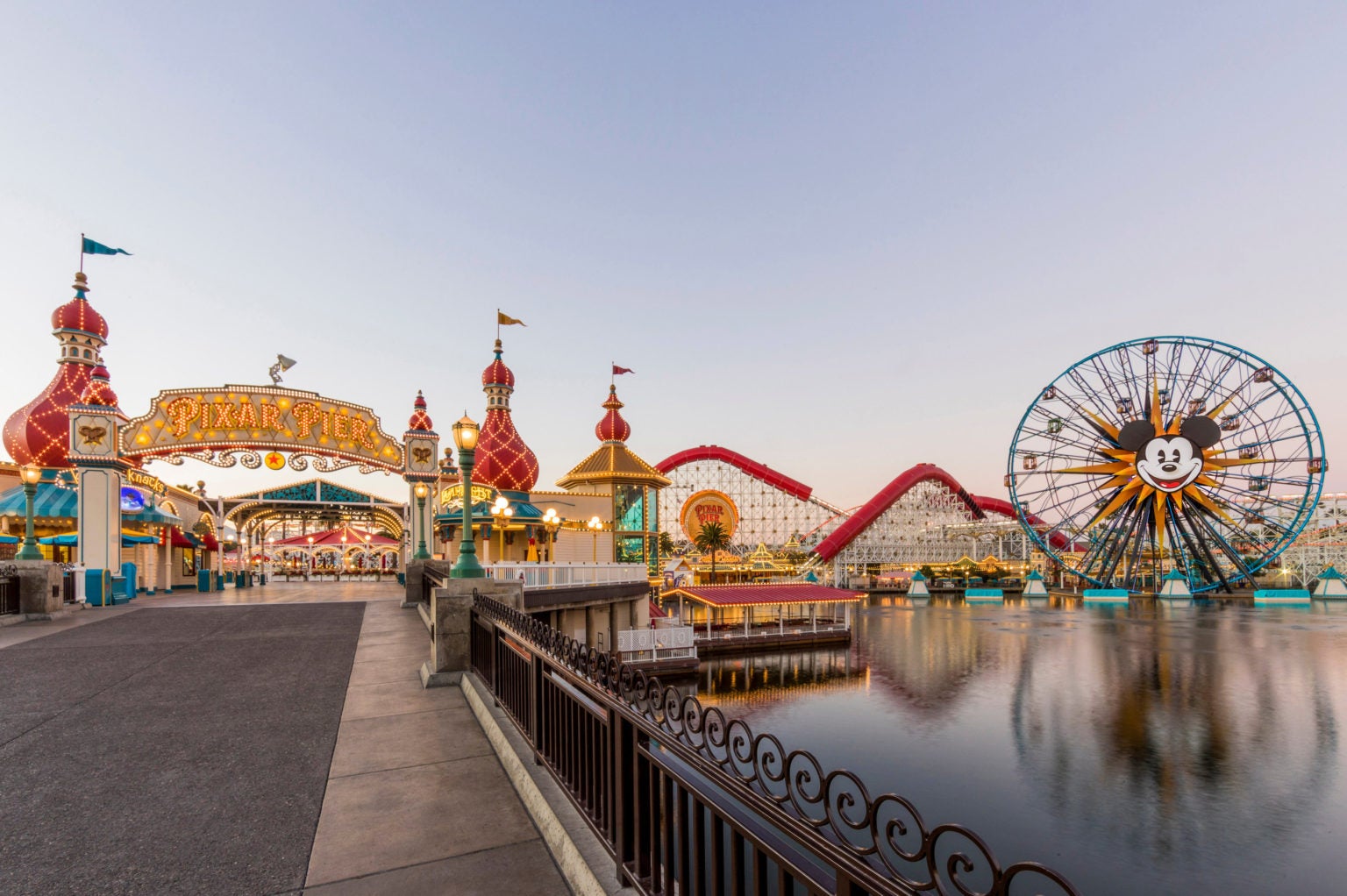 The coronavirus pandemic forced Disneyland to shut down on March 16, 2020, and, unlike Disney World, this iconic theme park has yet to reopen its rides.

Back in October, you may recall that California Gov. Gavin Newsom announced that Disneyland (and the state's other major theme parks) could not reopen until its home county was in no higher than a minimal (yellow) tier on the state's county risk-level scale. That benchmark hasn't yet been met, and it's put the kibosh on a traditional day at the theme park.

However, Disneyland found a way to welcome a limited number of guests beginning last fall with a new approach. The theme park complex opened a small portion of Disney California Adventure Park -- without rides. Guests could visit for shopping and dining only in the Buena Vista themed-area of Disney California Adventure Park (located just across the promenade from the original Disneyland Park).

But now, even more of the park is opening to people craving a stroll around the park, churros, Dole Whip or even a Monte Cristo sandwich.

Dubbed A Touch of Disney, here's what we know about this upcoming $75 event.

Related: Why Disneyland is unlikely to reopen anytime soon

A Touch of Disney begins on March 18 and will run from Thursday through Monday every week from 12 p.m. to 8 p.m. Tickets will go on sale at Disneyland.com beginning March 4. Just as when the park is operating as normal, little ones 2 and under do not require a ticket.

Otherwise, tickets will start at $75 each and that will include admission, parking at the Mickey & Friends structure and unlimited PhotoPass photo downloads. It also includes a $25 Touch of Disney dining card valid toward food and nonalcoholic beverages. No tickets will be for sale at the gate, so plan ahead.

This also means the previously announced option to access Buena Vista Street within Disney California Adventure will end on March 14, as it becomes a part of this ticketed offering.

Related: Our favorite restaurants at Disneyland

What will be available at Disneyland

Rides will not be available as part of this event at Disney California Adventure. However, it seems that characters are not necessarily off-limits.

The official Disney Parks Blog suggests you might catch a wave from Mickey Mouse or see some of his pals in unexpected settings. This could include Mater and Lightning McQueen in Cars Land or Joy and Sadness at Pixar Pier.

There will also be a new soundtrack of reimagined Disney songs broadcast through the park. In addition to the sights and sounds, you should probably come hungry since this really sounds like a glorified food festival.

Disney says there will be a selection of "iconic food and beverage items" many of which will be served snack-sized so you can sample a variety of items you may have been missing for the last year. Some of these will include Smokejumpers Grill, Adorable Snowman Frosted Treats, Award Wieners and Cocina Cucamonga.

Of course, the previously mentioned Disney fan-favorites of churros and Dole Whip will also be on hand.

Related: Where to stay near Disneyland

Paying $75 to walk around Disneyland and buy food won't be for everyone. But, for Disneyland enthusiasts who are really missing what used to be their happiest place on Earth, it may be money well spent for a taste of the magic.

This does not affect the Downtown Disney District, other than the Buena Vista Street extension which will close on March 14 and reopen on March 18 as part of the ticketed event.

These new event details, combined with a recent announcement that the Villas at Disney’s Grand Californian Hotel & Spa (a part of the Disney Vacation Club program) are now scheduled to reopen beginning May 2, 2021, give some real signs of life to a park that has otherwise been shuttered for almost a full year.

Having visited a reopened Disney World in Florida (twice), I can say that shopping and eating inside a reopened portion of a Disneyland theme park isn't going to be the same as having a truly reopened Disneyland. Still, it's an exciting step forward as Disneyland enters its traditional food festival season.

Enjoying a familiar treat, hearing the theme park background music and simply being in one of the happiest places on Earth is much better for Disneyland fans (and employees who can return to work) than just being on the outside looking in.

To enter, there will be mandatory face masks for guests ages 2 and up, temperature checks before entering and ticketed capacity controls.

Featured image by A Touch of Disney, a new, limited-time ticketed experience brings back some of the sights, sounds and flavors of the Disneyland Resort to Disney California Adventure Park beginning March 18, 2021. A Touch of Disney offers some of the world-famous food and drinks from around the Disneyland Resort, like churros, DOLE Whips¨, the mouth-watering Monte Cristo sandwich and more, plus a chance to see Disney characters, shop for the latest Disney merchandise and pop in at unique photo locations. The experience is underscored by a specially curated soundtrack of reimagined Disney songs broadcast throughout the park. (Joshua Sudock/Disneyland Resort)
Editorial disclaimer: Opinions expressed here are the author’s alone, not those of any bank, credit card issuer, airline or hotel chain, and have not been reviewed, approved or otherwise endorsed by any of these entities.