Disney closed indefinitely: What to know about theme park closures around the world

Articles
Summer Hull , aka Mommy Points, ran the Mommy Points site for families who want to travel more for less using miles and points for seven years. She now heads up a variety of special projects at TPG when she isn't exploring the world with her own two girls.
Follow
April 06, 2020
•
6 min read 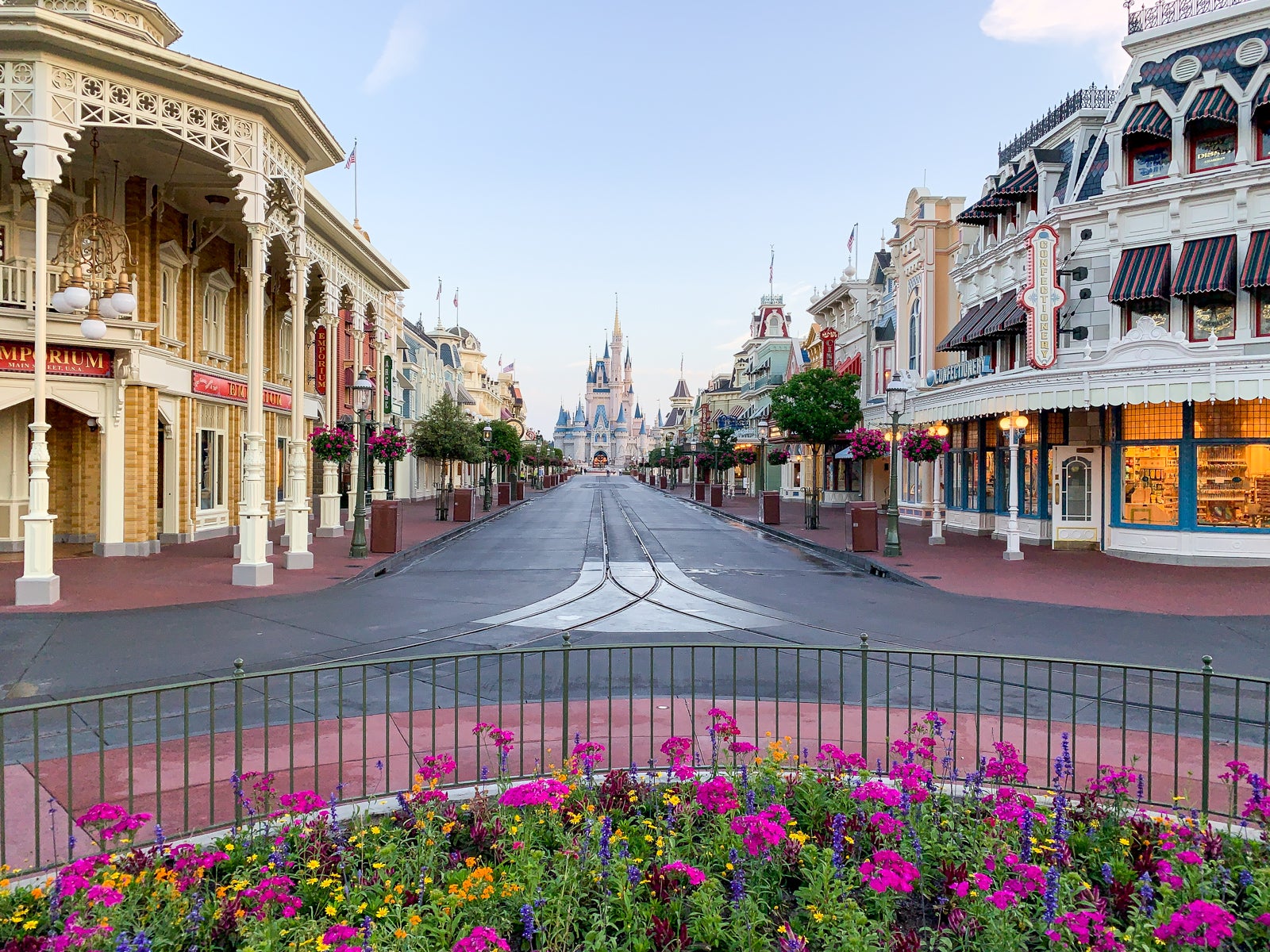 This story has been updated to reflect the extended closures.

I never thought we'd see the day that Disney parks around the world would all be closed at the same time, but it happened. And right now, it's going to happen for an indefinite period due to continuing coronavirus concerns.

Read up-to-the-minute information about coronavirus and how it's affecting travel.

The Disney theme parks in the U.S. and Paris originally announced that they would close through March 31, but that date has since been pushed back to ... indefinitely.

Tokyo Disneyland, Tokyo DisneySea, Shanghai Disney and Hong Kong Disneyland have already been closed for a few months and remain closed with no set reopening date.

Here's what you need to know about the closure of Disney World, Disneyland and beyond.

The Walt Disney World Resort in Florida closed on Sunday, March 15, and will remain closed until further notice.

While not initially included in the initial March closure, the Disney World resort hotels are also all now closed to guests, as is the Disney Springs shopping and dining area.

Related: Here's when the Disney Parks may reopen

In California, Disneyland Park and Disney California Adventure Park originally closed the gates due to coronavirus concerns on March 14, and have also extended the closure until further notice.

"As a result of this unprecedented pandemic and in line with direction provided by health experts and government officials, Disneyland Resort and Walt Disney World Resort will remain closed until further notice."

The statement goes on to state that hourly parks and resort cast members will be paid through April 18.

Disneyland Paris closed on March 15, and on April 3 also announced an indefinite closure.

Disney Cruise Line has suspended new sailings through April 28, with sailings to and from Vancouver (which head to Alaska) already suspended through at least the end of June.

Everything you need to know about Disney park closures

What happens to existing tickets

Multiday tickets that were already in use are automatically extended for use through Dec. 15, 2020. Entirely unused tickets can be put toward the purchase of a future ticket at a later date if you cannot use the tickets by Dec. 15. Any special event tickets (Early Morning Magic, Villains, etc.) purchased for use from March 16 until the park reopens will be automatically refunded.

At first, it was announced that Disneyland and Disney World annual pass expirations will be extended by the number of days the park is closed. However, as of April 5, annual passholders who have paid in full have the option to continue to extend their pass validity by one day for each date the parks are closed as originally announced. Alternatively, they can request a prorated refund for the duration of the park closure within their original one-year pass membership.

Those who are paying for annual passes monthly will no longer have monthly payments drafted as of April 5 (payments made between March 14–April 4 will be refunded), but they have two options. Passholders can either have payments resume when the parks reopen and not change when the passes expire. Or, they can have payments resume when the parks reopen and the months of membership that were paused during the closure can be added onto the end of the original pass expiration date (with a corresponding number of additional months of payments also due after the original expiration date).

What happens to FastPass+ and dining reservations

All FastPass+ and Disney Dining reservations that were set to occur during the announced closure will be automatically canceled and/or refunded. (And yes, I fully know how much that stings for those who worked so hard to line everything up perfectly.)

Disney World Resort stays during the park's planned closure will be automatically refunded within seven days of the planned check-in date if you do nothing. However, you can manage your reservation and cancel online in most cases. There will be no cancellation penalties for Disney Resort stay changes through June 30, 2020.

Those who had a room-only or larger Disney vacation reservation for check-in from March 16–May 31, 2020, may be eligible for a new booking from June 1–Sept. 30 that includes a dining plan. Disneyland has a somewhat similar offer that stretches through the end of 2020.

When will the parks reopen?

No one knows. At this point, there's no set reopening date. The Disney parks in Asia have already been closed for several months, so it is anticipated that the U.S. parks will be closed until it's safe to reopen. Tokyo Disneyland has announced it will be closed at least through April 20. In the U.S., both Disney World and Disneyland are not currently accepting hotel reservations at Disney properties until June 1, so it's a likely assumption that a reopening before June is not planned at this time.

The U.S. theme park closures are not just Disney-specific, as Universal Studios in both Florida and California closed on the same dates as the Disney theme parks and have now announced extended closures through at least May 31for both the theme parks and resort hotels.

Universal is extending season passes by one day for every day the parks are closed. Hotel reservations and packages purchased between March 4 and May 1 qualify for a "Stress-Free" booking policy, which means they may be modified or canceled with no fee at least 24 hours before arrival.

Those with unexpired, unused tickets can use them up to 365 days from when they were purchased, or the value can be applied toward a new ticket purchase.

Other U.S. theme parks that are temporarily closed

Many other theme parks around the nation have also announced similar closures. Here are a few parks that have temporarily shut down:

TPG will continue to provide updates on major travel-related closures and cancellations.