Articles
Carissa Rawson is a Points and Miles Reporter at TPG, helping readers get to where they need to go, faster (and cheaper). You can find her in your nearest Priority Pass lounge, sipping free coffee and obsessively researching travel.
June 18, 2019
•
9 min read 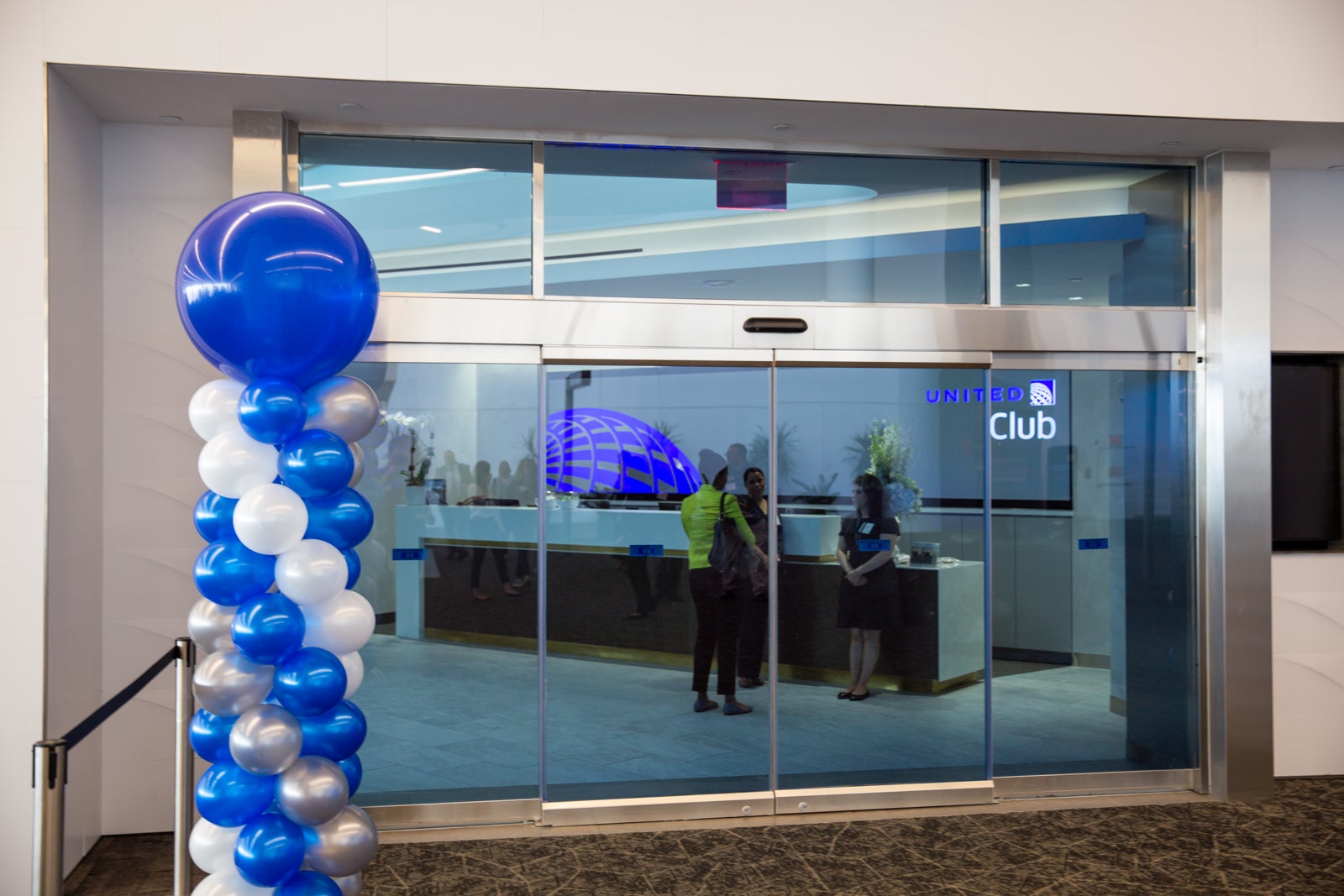 As travelers, we're all prone to making mistakes when we hit the road, and today we want to share one such story — from TPG himself. No matter how experienced you are at traveling, sometimes you can still be caught off-guard. For TPG, that meant the unfortunate denial of entry to a lounge on a trip home from Africa after reps for United Airlines reminded him of a small nuance of the carrier's access requirements.

The situation arose at Washington-Dulles (IAD), his connecting point on his flight from Accra, Ghana (ACC) to Newark (EWR). As he was flying in a premium cabin — a paid, confirmed business class ticket — on a Star Alliance airline, he assumed access to United's Club lounge was guaranteed during his connection.

Obviously, there wouldn't be a story if that was the case.

So it was that he arrived after the 11-hour flight across the Atlantic, world-weary and ready to recuperate at the United Club. Upon presenting his South African Airways boarding pass, however, he was summarily informed that a business-class ticket guarantees United Club lounge entry on departure, not on arrival (nor during connections).

Ever the resourceful traveler, however, TPG remembered that he had a remaining United Club day pass courtesy of his United Explorer Card. Were he otherwise unprepared, he would have been out of luck.

Well, it turns out that the Club agent was correct. A quick visit to United's website shows us this:

Since he was flying on a partner airline and not United, the only time he could have gotten into a United Club was before he flew, back in Accra — a moot point given that there's no United Club there.

While it may seem counterintuitive that an international business class passenger connecting onto a domestic first class flight would be denied lounge access, that is the published policy. However, United is the only one of the major three carriers in the US that approaches partner flights in this way. For comparison's sake, let's take a look at the different alliance lounge access policies for premium cabin customers when connecting through a US airport.

If you're flying in Delta One or confirmed first or business class on a SkyTeam airline and have a connection in the US, you're free to enter the Sky Club during your layover. Here's how the policy is described on Delta's website for Sky Club access for international flights:

When traveling on Delta:

When traveling on a SkyTeam flight (excluding Delta):

As you can see, Delta doesn't differentiate between international flights on its own metal (Delta One) and those operated by SkyTeam partners when it comes to Sky Club access.

Here, SkyTeam clearly outlines the fact that you qualify for lounge access at any SkyTeam partner lounge regardless of whether you're departing from or connecting through an airport. However, note that this policy requires you to be in first or business class on both international and domestic segments. Delta's policy doesn't include this level of specificity, so you may be able to access the Sky Club after a long-haul, SkyTeam-operated international flight even if your connection is in economy.

Of course, there are many other ways to gain entry to the Sky Club, including through credit cards like The Platinum Card® from American Express and the Delta Reserve® Credit Card from American Express, and this access applies regardless of the class of service in which you're traveling.

Like Delta, you should be able to enter an Admirals Club after arriving from an international flight before a domestic connection, though the policy isn't as explicit. Per AA.com, access is provided to "qualifying first and business" class passengers and is defined to include "customers in First or Business on a qualifying departing international or transcontinental flight marketed and operated by American or a oneworld® airline." While this does directly include domestic connections, the Oneworld website does provide this further information:

This means that — if you're flying in a premium cabin on a flight operated by a Oneworld carrier and connecting to a domestic American flight — the Admirals Club is at your disposal, an imperative for those (like me) who are certified guac lovers.

Like Delta, there are many other ways to gain access to the Admirals Club, including the Citi® / AAdvantage® Executive World Elite Mastercard®. In fact, even authorized users on the card — who incur no annual fee — can get into these clubs when flying American or a partner airline.

As noted above, United's lounge access policies are a bit stricter, as Star Alliance first and business class passengers can only access a United Club before the international leg of the flight. This was the exact policy that TPG encountered upon landing in Washington-Dulles. Had he been flying United Polaris, he would've been admitted without any problem:

However, since he was on a Star Alliance-operated flight, he was correctly denied entry.

Here we come to the rub. Unlike its competitors, Star Alliance's page is suspiciously silent when it comes to establishing lounge access policies for transfers:

This may be a result of United's restrictive lounge access rules that delineate between United- and Star Alliance-operated itineraries, but regardless, there is no officially-published policy for business-class passengers on Star Alliance airlines who are making connections.

Searching the web brings up a wealth of anecdotal information stating that lounge access is definitely allowed, and a call to a United rep confirms that their system states the travel (in this case, a business-class passenger on a Star Alliance airline going from international to domestic) need only be same-day in order to access lounges other than their own. However, I was never able to find a comprehensive breakdown of this policy.

What I was able to find, though, were the policies of a couple of different Star Alliance airlines.

Did you know that Lufthansa maintains a business class lounge at IAD?

By the way, Air Canada has a number of lounges within the US.

Several other airlines operate lounges within US airports, though I didn't find specific wording on whether or not connecting passengers were allowed. Without United's extremely specific restrictions, though, I would imagine you would be able to find your way in.

In this case, TPG should have been able to make his way over to the Lufthansa business class lounge (or the Turkish Airlines lounge, if he so desired), despite the fact that he was flying with neither carrier. It's also worth noting that the Turkish location is a Priority Pass lounge, so that would've been another option to gain entry.

So, if you ever find yourself in a premium cabin on a Star Alliance partner flight heading to the US (and connecting to a domestic flight, even if it's United), do yourself a favor and stroll over to one of the lounges to which you are allowed entry. I hear the Star Alliance LAX lounge is nice this time of year.

Related stories
Legislation that could gut credit card rewards set to move through Congress
Would you stay at 1 of these 8 haunted hotels this Halloween?
Southwest winter flash sale: Get one-way flights for as low as $29
You can currently buy points and miles with up to a 100% bonus — but should you?
Featured image by (Photo by Brendan Dorsey / The Points Guy)
Editorial disclaimer: Opinions expressed here are the author’s alone, not those of any bank, credit card issuer, airline or hotel chain, and have not been reviewed, approved or otherwise endorsed by any of these entities.