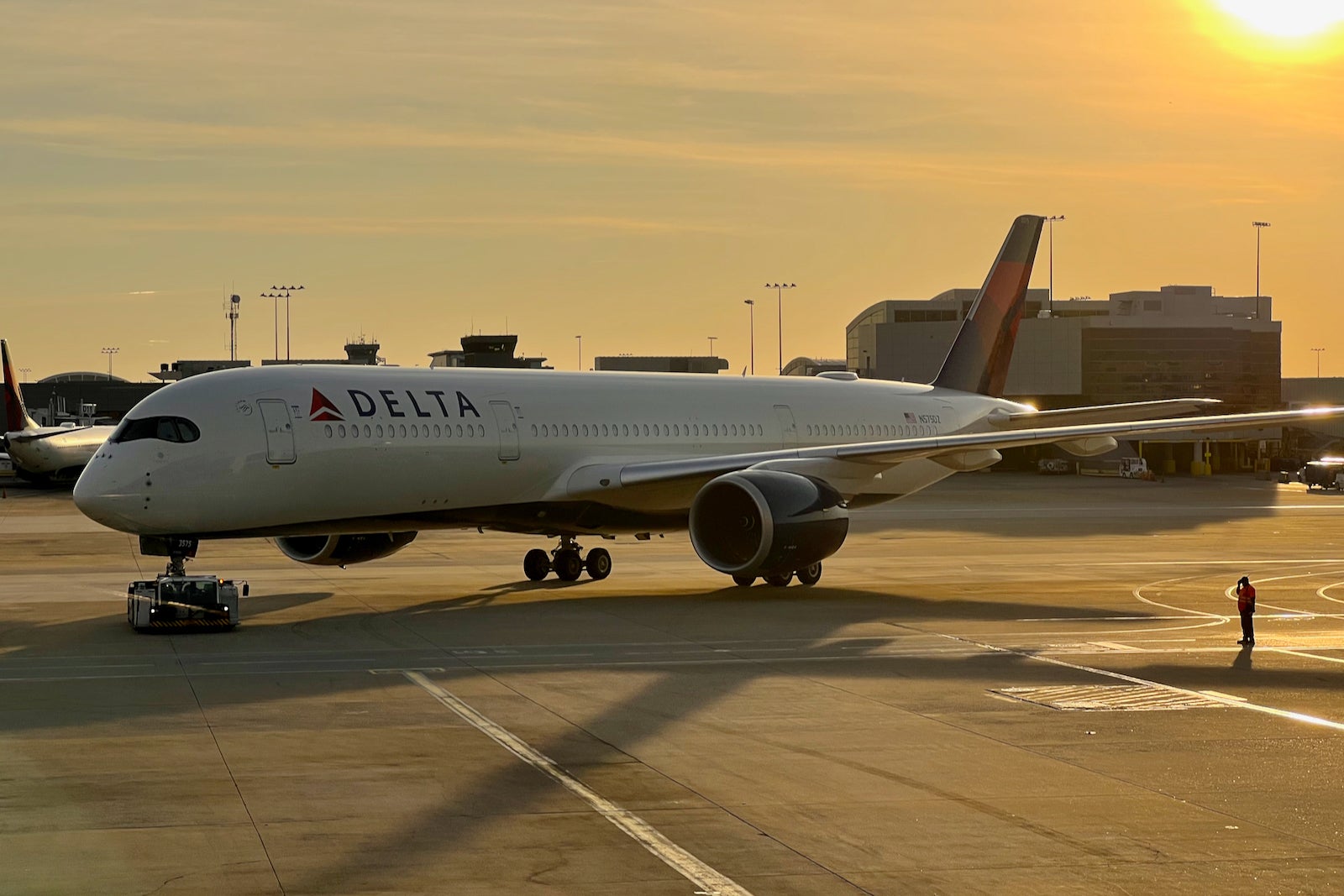 It may have taken over two years, but Delta is finally gearing up to launch its triangle route to, and within, South Africa.

The Atlanta-based carrier filed plans over the weekend to commence service from Atlanta to Johannesburg to Cape Town.

This route will operate four times a week beginning on Dec. 2, as first seen in Cirium schedules and later confirmed to TPG by airline spokesperson Drake Castaneda.

The service will operate on Tuesdays, Wednesdays, Fridays and Sundays through at least March 25, 2023.

For Delta, this triangle route has been years in the making.

Before the pandemic, the carrier flew between Atlanta and Johannesburg with a daily nonstop on a Boeing 777-200.

Within weeks of the pandemic shutting down the travel industry, Delta made the decision to retire its 777 fleet in May 2020. The airline also suspended service to South Africa due to border closures.

As travel restrictions eased, Delta decided that it would resume serving South Africa, but with a new strategy largely dictated by aircraft performance.

Without the 777, the Airbus A350 became the airline’s largest and flagship aircraft.

The problem was that the A350 didn’t appear to have the range to serve the Johannesburg to Atlanta leg.

The city’s O.R. Tambo International Airport sits at 5,558 feet — over a mile above sea level. This high elevation degrades the takeoff performance of the aircraft, meaning that the plane can’t take off with as much fuel or payload as it would at sea level.

So, Delta got creative.

It would tack on a short flight from Johannesburg to Cape Town, and then send the jet back to its Atlanta mega-hub from the coastal Cape Town International Airport, which sits just 151 feet above sea level.

This way, the airline could maximize fuel and payload for the 8,130-mile nonstop.

Plus, the airline would begin serving Cape Town, a popular leisure destination for American tourists. Travelers headed to Johannesburg or Cape Town could enjoy nonstop service in one direction, with a short refueling stop in the other. (The airline was planning to operate the short Johannesburg to Cape Town flight as a so-called eighth-freedom route, meaning that domestic flyers couldn’t just take the Delta flight between the two largest cities in South Africa.)

While the plan looked good on paper, Delta ran into considerable headwinds for its proposed route. Aside from multiple delays due to a resurgence in COVID cases and travel restrictions, the carrier couldn’t get permission from the South African government to operate the triangle route.

Earlier this year Delta finally received permission to go forward. However, it didn’t immediately commence service. Instead, Delta applied for permission from the U.S. Department of Transportation to operate a nonstop flight from Atlanta to Cape Town without the refueling stop in Johannesburg.

The U.S. and South Africa do not share an “open-skies” agreement, and flight frequencies are regulated by local aviation authorities.

With both airlines vying for the four remaining weekly frequencies under a bilateral air service agreement with South Africa, things got heated until the DOT came back in July with a surprise: it had secured additional slots from the South African authorities that would allow both Delta and United to move forward with their nonstops to Cape Town.

Delta began selling its Cape Town nonstop within days of receiving permission. This flight begins on Dec. 17 with three-times-weekly service. The carrier will deploy the Airbus A350 on the route, which will operate on Mondays, Thursdays and Saturdays.

Now, the triangle route will complement the nonstop service. On the four days when the nonstop does not operate, Delta will operate the one-stop triangle service.

Taken together, the airline will offer daily service to Cape Town, with the full schedule available at the bottom of the post.

The airline’s Johannesburg service will also operate daily. On three days of the week, Delta will fly from Atlanta to Johannesburg and back nonstop, using an upgraded Airbus A350 that features a higher 280-ton maximum takeoff weight.

On the four other days, Delta will operate the triangle service.